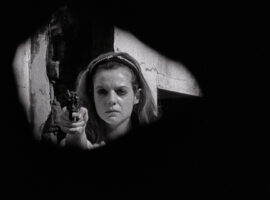 This is the complete list of articles from Cinema Scope issue 50.

*The Animal Equation by Denis Côté

*Epinephrine, Man: The Cranked-Up Films of Neveldine/Taylor by Adam Nayman

The Case-Book of Sherlock: More Than a Hundred Years of Holmes by Christoph Huber

Books Around by Olaf Möller

Posted in CS50, Table of Contents