Kent Jones/50 Best FIlmmakers Under 50, CS50, From The Magazine 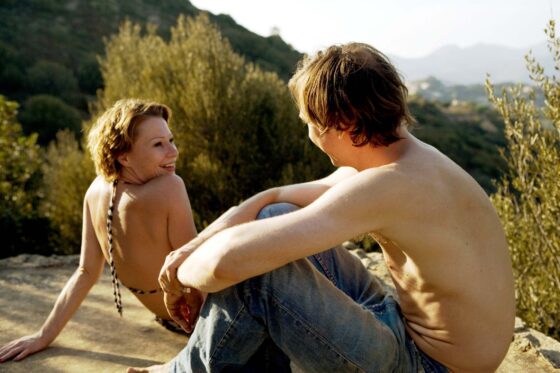 I have rarely been more surprised by a movie than I was by Maren Ade’s Everyone Else (2009). Most films that good come with some kind of buzz, and this one was undoubtedly no exception, but the buzz from Berlin had not reached me. I had never seen The Forest for the Trees (2003), her extremely sharp first film, and I had no idea what to expect. I saw the movie with my old friend Claire Denis in Buenos Aires, where it was in competition at BAFICI the year we were on the jury. Halfway through the screening, in the middle of the hiking scene, the projector broke down. When the lights came on, Claire turned to me and asked, “Is this as good as I think it is?” I could only nod.

Who was this filmmaker, who had the daring and the tenacity to track what was obviously her own experience down to the most minute level of intimacy and shared embarrassment? How could she bear the weight of going so uncomfortably deep into the terrible power imbalances that can exist between couples and remain happily unacknowledged until the “anderen” turn up? Where did she summon such a taut balance between tenderness and absolute ruthlessness, the kind of ruthlessness every filmmaker needs and few have the courage to exercise, the kind of tenderness few allow themselves the ability to summon on the set? And, to pose a dumbstruck question that Maren has undoubtedly been asked in countless Q&As by now, how did she work with her cameraman and her actors? When the film was over, Claire and I were both speechless.

A few nights later, I went to a festival dinner at a restaurant across town. Someone told me that Maren was there. What was I expecting? Let’s just say that I was not expecting this beautiful, self-possessed woman who resembled a young Lynn Redgrave. I remember that Maren and her producer Janine Jackowski had both been robbed at knifepoint just a few hours before, but if they hadn’t told me I would never have guessed it. Maren, in particular, was as cheerfully indomitable as an Austen heroine.

What will she do next? I have no idea. But if I had to point to one young filmmaker in the world whose future seems to me the brightest, it would be Maren. Everyone Else is a film of terrible power and absolute freedom, and it’s obvious that it’s only the beginning of the exploration.