This is the FREE archive of hundreds of articles representing just a small selection from the print & digital version of Cinema Scope magazine. Please support this resource, and read many more aticles not online, by subscribing.

You can download Cinema Scope instantly with our digital issues. 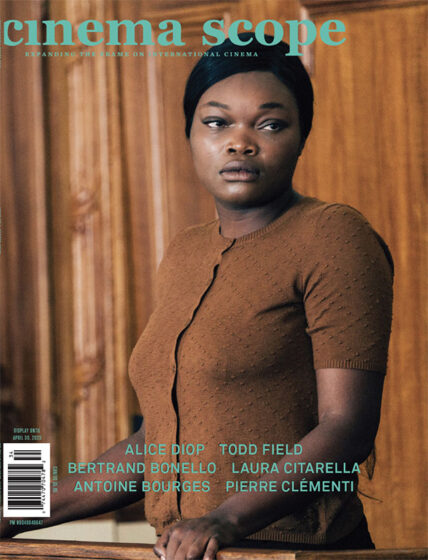 By cscope2 | CS93,  From Cinema Scope Magazine,  Table of Contents The Pyramid of Power: Todd Field on “Tár”

After a protracted absence, Todd Field is back, and with a film that more than compensates for the wait. However, Tár shouldn’t be gauged in terms of some value system based on the number of years that Field has gone without a new movie (16, following his second feature, Little Children [2006]), any more than the gap of years between new works by Field’s mentor, Stanley Kubrick, should have been a measure for his movies.
Read More → 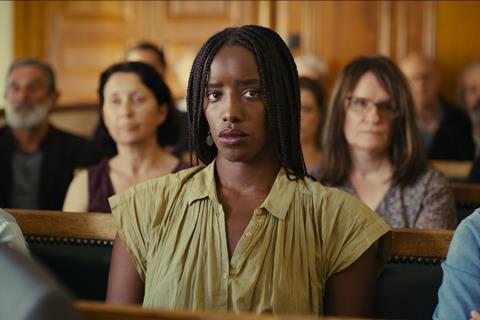 In 2016, Alice Diop set out to the northern French town of Saint Omer to attend the trial of Fabienne Kabou, a Senegalese woman accused of killing her baby girl. The French media was enraptured by the crime; the details made for a textbook fait divers, a sensational news item spun by journalists desperate to satiate their scandal-starved readers.
Read More → 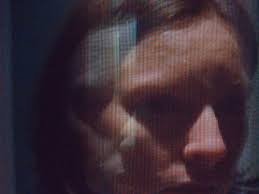 Alter Egos: On “A Woman Escapes”

The primary pleasure offered by A Woman Escapes is seeing how these exchanges push each co-director (or, rather, the style we would associate with them) out of their comfort zone, compelling them to respond, adapt, and eventually evolve in ways that would have been difficult to imagine without the benefit of this experiment.
Read More → 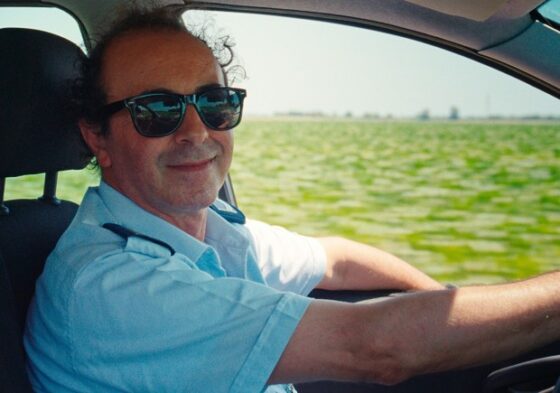 Not since Corneliu Porumboiu’s Police, Adjective (2009) has a cop movie been so sublimely uneventful as Alessandro Comodin’s The Adventures of Gigi the Law, a slack portrait of an affable officer in Friuli’s polizia locale. Pier Luigi Mecchia (a.k.a Gigi)—the director’s real-life uncle, effectively playing himself—performs his perfunctory patrol in the town of San Michele al Tagliamento, but Comodin’s film is more modern pastoral than police procedural.
Read More → we don’t see anyone die in The Maiden, a ghost story wherein the dead are less gone than misplaced (even a lifeless cat appears to survive the cosmic wash cycle). While one may occasionally take issue with the film’s determinedly elliptical approach to its central subject, Foy always remains both formally and narratively fastened to the amorphous, ugly, and insoluble reality of grief.
Read More → 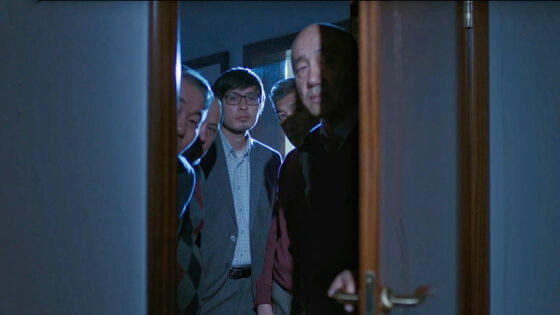 Poet underlines the permanence of this condition by alternating between two narrative timelines: one set in the present, and the other stretching from 1846 to 1974. Consistent with Omirbaev’s abiding interest in representing his characters’ subconscious, the latter timeline plays out in Didar’s imagination.
Read More → 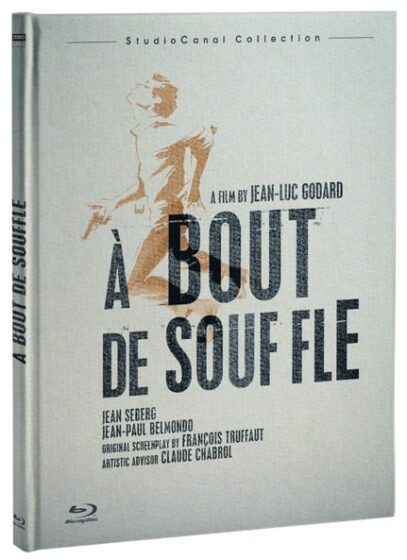 I had hoped that we would reach the age of 100, but 93 is pretty damned old. We still might get there. Here are the best films of all time.
Read More → 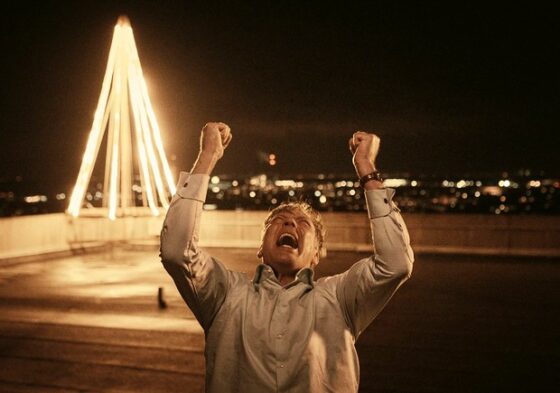 TV or Not TV | Lars’ Anatomy: “The Kingdom” Returns

By Michael Sicinski | Columns,  CS93,  From Cinema Scope Magazine,  TV or not TV

This is von Trier using the language of postmodernism, appropriation, and pastiche to remind us that The Kingdom is essentially a put-on. It would be impossible for any halfway attentive viewer to miss Exodus’ citations of Lynch, Maddin, Tarkovsky, Ghostbusters
Read More → 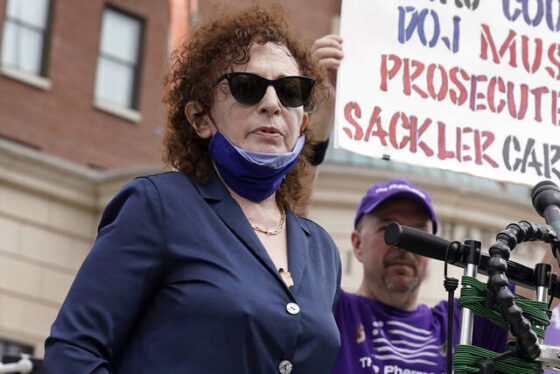 All the Beauty and the Bloodshed (Laura Poitras, US)

the third in a series of portrait films by Laura Poitras focused on prominent activists pitched in quixotic struggle against dark forces undergirding the US as a global capitalist superpower. Unlike the divisive figures engaged by her previous features—Edward Snowden and Julian Assange—Poitras’ latest subject, Nan Goldin, could never be dismissed as a self-serving gadfly.
Read More → 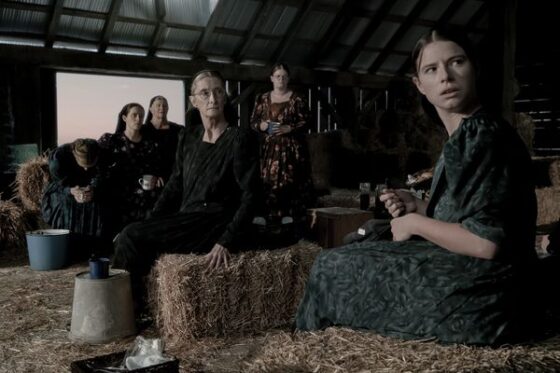 Sarah Polley’s adaptation of Miriam Toews’ 2018 novel Women Talking is set in a remote Mennonite community that exists out of time and under its own jurisdiction, with its own rules and superstitions. For years, the nocturnal disturbances that left local girls and women bruised and bleeding were thought to be a result of divine retribution, demons, or “female imagination”; it was later discovered that their collective nightmare was, in fact, repeated sexual assaults carried out by men armed with animal tranquillizers, many of whom were brothers, cousins, or uncles of the victims.
Read More → 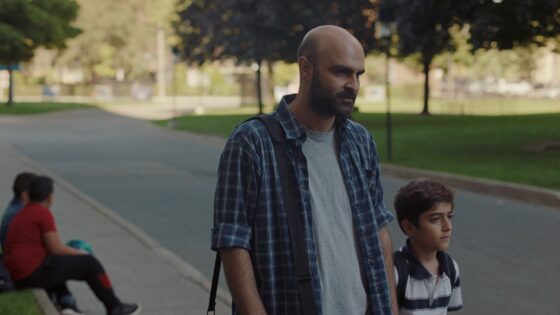 For its casting of non-professional actors within a mostly scripted narrative, Antoine Bourges’ latest feature, Concrete Valley, has already been called a docu-fiction “hybrid.” Set in the East Toronto neighbourhood of Thorncliffe Park, an initial an initial landing spot for new Canadian immigrants, the film centres on Rashid (Hussam Douhna), a former physician from Syria, who settles there with his wife, Farah (Amani Ibrahim), and their young son Ammar (Abdullah Nadaf). Apart from Ibrahim, who in the film plays a former actor, everyone who appears in Concrete Valley is an amateur performer.
Read More → 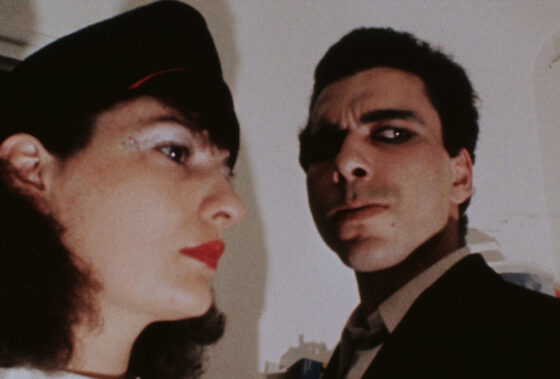 We are moved by films because, briefly, deeply, they convince us that the past isn’t irretrievable, that life isn’t forever slipping away. But in his usual manner, Clémenti immediately complicates this, narrowing the perspective to an actor’s: “And at the very moment you’re playing the part, you become the person who will one day look back at yourself.”
Read More →

The Pyramid of Power: Todd Field on “Tár”

TV or Not TV | Lars’ Anatomy: “The Kingdom” Returns

By Michael Sicinski | Columns,  CS93,  From Cinema Scope Magazine,  TV or not TV