By Gabrielle Marceau Farha opens with a familiar story: a young Palestinian girl, nearing womanhood, who is trying to determine the course of her life beyond the confines of tradition. Farha (Karam Taher) wants to go to school, but her father wants her to marry and stay in their village. This family conflict is interrupted…

By Gabrielle Marceau Maria (Sara Montpetit) is the eldest daughter of a settler family living in rural Québec after the turn of the century, and like many literary heroines, she is trying to determine what kind of life she wants to lead— which, in the strictures of the era, means which suitor to marry. She…

By Gabrielle Marceau Early in Blaine Thurier’s existential vampire drama, the beautiful, bloodsucking Anna (Alanna Bale) takes home the hapless drunk Robbie. He asks for a drink, and Anna replies: “I don’t drink alcohol.” It’s a clear reference to Bela Lugosi’s iconic line in Dracula (1931), where he lingers deliciously over the pause between, “I… 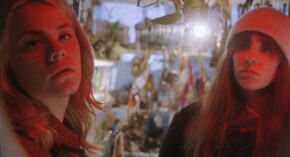 Can’t Get You Out of My Head: Dasha Nekrasova on The Scary of Sixty-First 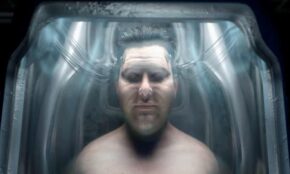 In 1977, Philip K. Dick gave a speech titled “If You Find This World Bad, You Should See Some of the Others,” in which he revealed that many of his dystopian novels weren’t the products of his imagination or dreams, but came from recovered memories of actual alternate worlds. Dick was entirely sincere, and this realization plagued him. Footage of this speech (and of Dick’s skeptical French audience) punctuate Rodney Ascher’s A Glitch in the Matrix, which explores the psychological and cultural impacts of that moment when science fiction seeps into our reality.