Chuck Stephens/50 Best FIlmmakers Under 50, CS50, From The Magazine 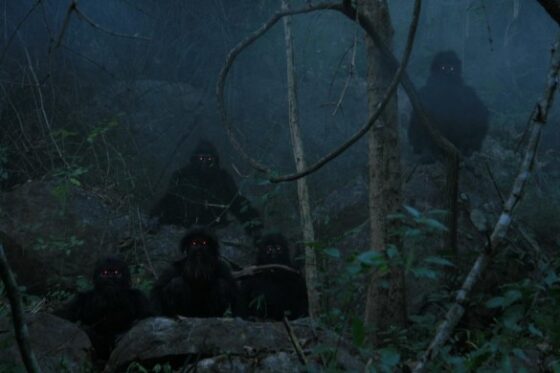 Uncle Boonmee Who Can Recall His Past Lives

Apichatpong Weerasethakul may be on a first0name basis with more people on the planet than any other Cannes-prizewinning filmmaker in history, but no matter how “average” Joe—or Joei, as he’s more recently taken to transliterating his nickname—might seem to become, he never begins to lose his heavenly glow, his beatific gleam. When Joei smiles, cinema and its billion starstruck amants smile with him. He is—like his magical, ephemeral, transcendent films—enchanting, and a generation has now come of age loving his movies about fearlessly grinning boys and freaky ventilation systems and far-out haunted forests; blissfully his as they surrender, still young, to Tropical Malady (2004), as recollective as Uncle Boonmee Who Can Recall His Past Lives (2010) when they later come to recognize the ways in which each of his films seems to haunt all the others. “It’s as if my films are like mini-diaries of my recollections of certain things and events,” Joei remarked almost a decade ago, describing from the start his filmography as diary and fever dream, neither quite documentary nor necessarily fiction. “I’m finishing one very romantic film of a hotel on the Mekong, in Nong Khai,” Joei says of his latest project. “It’s a one-hour film called Mekong Hotel. My crew goes there, and my friend, who is a guitar teacher, improvises and plays guitar for an hour. My crew is trying to rehearse a movie about this ghost who goes around eating innards. It’s like a documentary but every scene is shot in a hotel room.” The first thing this suggests is the sort of continuity we’ve come to expect from Apichatpong: the final scene of Uncle Boonmee also took place in a hotel room. But in the same way that Uncle Boonmee seemed somehow rounded-off, at once foretold and reconfigured, in the short videos Letter to Uncle Boonmee (2009) and Phantoms of Nabua (2009) and the Primitive exhibition, there are already sets of what the filmmaker terms “satellites of memories” forming around Mekong Hotel. As I type these words, Apichatpong’s new installation, For Tomorrow For Tonight—a reverie about the future, also set along the Mekong, featuring near-future-ish humanoids borrowed from Ray Bradbury and, in the case of a character named “Power Boy,” covered in strings of lights from a Thai karaoke joint—is still on display at the Ullens Center for Contemporary Art in Beijing. (There’s also a widely available catalogue available for those out of commuting distance to the show.) Joei’s only been making movies for a little over a decade now, yet it seems like just an instant—the richest imaginable of instants. May it always seem that way.