Genevieve Yue/50 Best FIlmmakers Under 50, CS50, From The Magazine 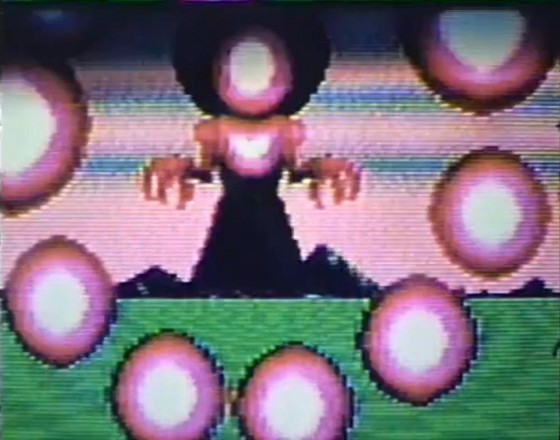 And We All Shine On

The first film Michael Robinson made, at age 11, was a home-movie remake of Poltergeist, later repurposed into Carol Anne Is Dead (1992/2008). In both, Robinson’s sister presses her palms to the glass of a television monitor, its screen glowing with static. It’s a fitting image for Robinson’s pop distortions, indicating the filmmaker’s willingness to get close to his objects. The motif of the television set returns in Light Is Waiting (2007). In a scene from the sugary ‘80s sitcom Full House, two teenage girls carry a heavy monitor up a flight of stairs and accidentally drop it over the bannister. The impact launches a stroboscopic, slow-motion journey to a remote island; by splitting and mirroring the frame down the middle, Robinson holds the crashed TV image up to its own involuted weirdness.

Robinson’s films describe a pop-cultural terrain, found-footage puzzles culled from the media archive of his own childhood. Instead of ironic detachment, however, Robinson taps directly into the powers of pop. He allows the jumbled fragments of Top 40 hits and after-school specials to crash spectacularly, and in doing so exposes their overwhelming force, still potent even when severed from their sources. Robinson gives in to the seductions of media, the hallucinatory spell of melodramatic or horrific excess, the rush of science fiction’s utopian promises, and even the austere aesthetics of 16mm experimental film, and emerges on the other side, though not entirely unscathed. The viewer, too, is sometimes left with a momentary retinal burn.

Often we hear echoes of an empty orchestra, a familiar sound that can’t quite be placed. The instrumental strains of “November Rain” in Victory Over the Sun (2007) impart a sense of hollow grandeur, while the synth karaoke sweep of “Nothing Compares 2 U” in And We All Shine On (2006) fills a 16-bit videogame landscape with longing and loss. If There Be Thorns (2009), meanwhile, explicitly attempts to make present what’s missing. Castaway on a desert island—the same, perhaps, as the nightmare paradise of Light Is Waiting—Robinson searches for traces of his scattered siblings. Their reunion occurs in a flickering blaze that, as subtitles from an appropriated Shirley Jackson novel tell us, also resembles the fire that flung them apart. Has he truly found them, or is this merely a memory, a dream? Fleetwood Mac’s lonely “Storms” plays at film’s end, and though the words aren’t sung here, they haunt the film nonetheless: “Every night you do not come, your softness fades away.”