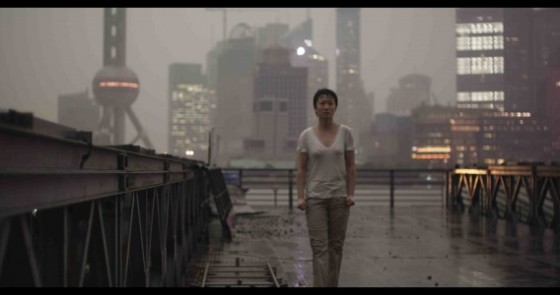 I Wish I Knew

Jia Zhangke wasn’t the first indie filmmaker in China, but he’s been way more influential than such predecessors as Zhang Yuan, Wang Xiaoshuai, and Wu Wenguang. Partly because his early films—Xiao Wu (1998), Platform, Unknown Pleasures (2002): the “Shanxi trilogy”—caught moments of transition in Chinese society better than other movies did, and partly because his published writings inspired kids to make indie movies throughout the country. After Jia, the flood. From the start, Jia had a genius for seeing and showing how larger social changes (political, economic, moral) impacted on individual lives. With a sensibility pitched at the exact mid-point between Robert Bresson and Arthur Freed, he used the presence or absence of music to chart the state of the Chinese nation: whether and how a character sang became an index of satisfaction and of the communist party’s vaunted “stability.” Those Joy Division/New Order titles may have been suggested by cinematographer Yu Lik-wai, but pop and alt-rock mean The World (2004) to Jia too. His connection with Hou Hsiao-hsien’s regular composer Lim Giong is tight, despite the Taiwan Strait; indeed, it heralded his own groundbreaking trip to Taiwan to shoot sequences for I Wish I Knew (2010).

Jia’s work has evolved since he opened negotiations with the Film Bureau in 2004. He honed his skills in shadowboxing the authorities by producing other directors’ films as well as his own. His range extended to middle-class characters and their problems (though his heart clearly remains with the working poor). He ventured beyond Shanxi to Beijing, Sichuan, and Shanghai. He further blurred the line between fiction and documentary and, in such films as 24 City (2008) and I Wish I Knew, played with film language to produce exquisite “synch events,” with cuts and camera movements precisely synchronised to music and speech. He turned the crisis in funding independent filmmaking around by finding unexpected sponsors—a pretentious haute couture designer, a property developer, a brand of whisky—and getting from them contractual guarantees that he could make exactly the films he wanted to make. Not least, he paid his dues to past masters (Fei Mu, Xie Jin), cementing his rep as China’s most cinephile director.

The key to understanding Jia is to notice that his aesthetic excellence goes hand-in-hand with his brilliant analysis of the methods needed to maintain intellectual, economic, and political independence in state-capitalist China. Up next, his “political” martial arts film, plus a promised definitive cut of Platform. Can’t hardly wait.