Olivier Pere/50 Best FIlmmakers Under 50, CS50, From The Magazine 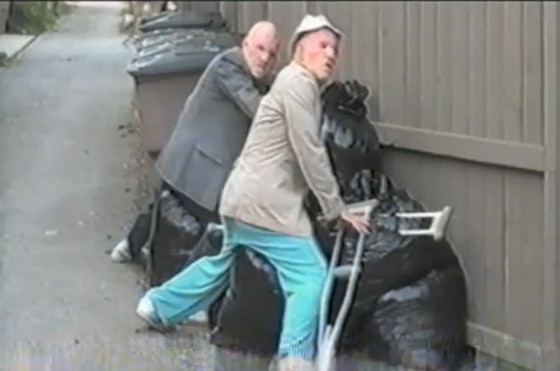 Born in 1973 in California but raised in Nashville, Tennessee, where he lives, Harmony Korine has made at least three indisputable masterpieces of modern American cinema. The precocious scriptwriter for Larry Clark’s 1995 film Kids (with whom Korine worked again in 2002, scripting Ken Park), in 1997 Korine made a stunning directorial début with Gummo. In a world devastated by poverty and natural disasters, in a derelict small town in Ohio, a group of teenagers try to combat boredom by inventing their own rituals. Dereliction, survival, rituals are at the heart of Korine’s films, and two years later Julien Donkey-Boy established him as an artist whose sense of visual composition is on a par with the recent digital work of Godard and Sokurov. This portrait of a murderous young schizophrenic, who is in love with his sister, is one of the most overwhelming emotional and aesthetic experiences contemporary cinema has given us. The film has no more than a superficial marketing relationship with Lars von Trier’s Dogma, whose diktats Korine subverts, notably in his magnificent use of visual super-impositions to Italian opera. Korine continues to show his fascination with characters living on the edge and the disabled, and has Werner Herzog, an inspirational figure for the young filmmaker, play a demented patriarch, a role that is both hilarious and terrifying. Alongside is the magnificent Chloë Sevigny, who was Harmony Korine’s muse and girlfriend for a long time, and Ewen Bremner as Julien, a character based on Korine’s own schizophrenic uncle; his performance achieves a degree of realism rarely achieved on film. After a somewhat disenchanted interlude, comprised of a deafening silence and a film as unbalanced as it was unsatisfying (Mister Lonely, 2007), Korine returned—brilliantly—to form, and the film made a strong impression in 2009.

Trash Humpers, the final installment in a loose trilogy comprising Gummo and Julien Donkey-Boy, might be a film—although one could almost question this description, given the messiness of its visuals, deliberately and aggressively damaged VHS tapes—but it is above all a lifestyle, an artistic, liberating release, a communal and joyously punk experience. The brilliantly destructive undertaking that is Trash Humpers may be understood as an arty version of Jackass, in which cinema’s enfant terrible and his friends, dressed up as lecherous old men, run wild in Nashville. It is also the last major American film of the new century’s first decade, an arrogant and stimulating piece of trash, grounded in Erskine Caldwell’s stories, Tobacco Road, and the hillbilly culture of which Korine is the ultimate troubadour.