Jerry White/50 Best FIlmmakers Under 50, CS50, From The Magazine 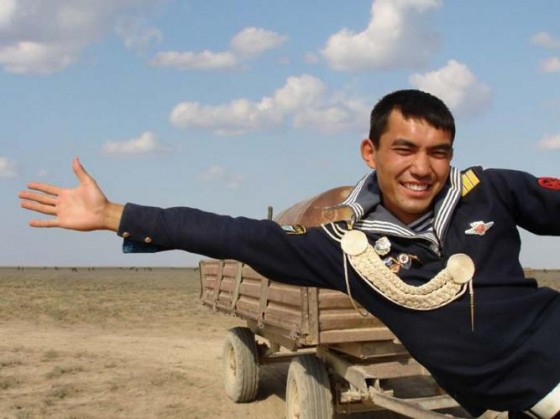 Born in Kazakhstan and film-schooled in Moscow, Sergei Dvortsevoy has not only become his homeland’s cineaste laureate—eclipsing the brutalist Darezhan Omirbaev through his belief in the genuinely transformative possibility of a well-composed moving image—but also perhaps the first genuinely essential post-Soviet filmmaker. This is not only because he is the first important filmmaker whose career began after the fall of the Wall, but because his films truly do capture something essential—as in basic, fundamental, shared—about what it means to live in the polyglot world of the former Soviet empire

Though the meticulously detailed and breathtakingly poetic films Dvortsevoy has made in Kazakhstan have gotten progressively longer—from the 30-minute Paradise (1996) to the hour-long Highway (1999) to his feature debut Tulpan (2008)—there is no sense that the earlier films were merely steps towards something better or more fully realized. Rather, each is a slightly different window onto the same part of the world. The patient lyricism of Dvortsevoy’s international breakthrough, the ostensible coming-of-age story Tulpan, is just as evident in Paradise’s portrait of rural herders, while its goofy humour is plentifully on hand in Highway’s chronicle of a family of travelling circus performers wandering the back roads of Central Asia, listlessly repeating a hilariously maladroit act that makes the break-dancing troupe of Jia Zhangke’s Platform (2000) look like Barnum & Bailey.

While Dvortsevoy’s Kazakh films are dream-visions of a complex and fully independent culture (and one that is moving into the 21st century in some surprising ways), he is still acutely aware of how much Russian culture continues to cast its shadow over the post-Soviet landscape. Thus it’s hardly a surprise that his masterpiece to date is Bread Day (1998), a study of a small Russian village, whose gorgeous long takes of villagers pushing a green boxcar through the snow best even the masterfully composed sequence shots of the Kazakh films. This is the most poetically intense vision of contemporary Russia this side of Sokurov, but the links that Dvortsevoy forges between the wintry Russian landscape and the dusty Kazakh steppes—whose endless horizons make it seem more preternaturally complete than hauntingly empty—provide a vivid and instructive contrast with the latent Russian imperialism of such Sokurov works as Spiritual Voices (1995) and Alexandra (2007). This is the post-Soviet sensibility that we’ve been waiting for.