Michelle Carey/50 Best FIlmmakers Under 50, CS50, From The Magazine 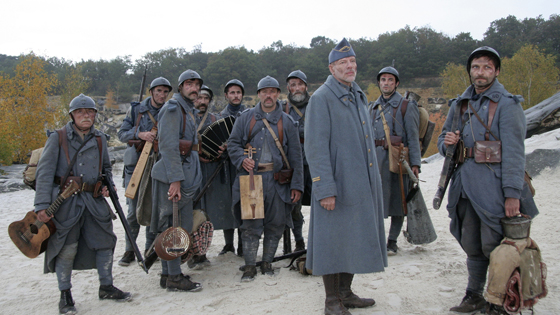 To state that Serge Bozon is a great filmmaker is undeniable. However, it is just as fundamental to mention his constellation of creative collaborators in the same breath—most vitally Axelle Ropert, as well as Pierre Léon, and, at a little more distance, Aurélia Georges, Jean-Charles Fitoussi, and Jean-Paul Civeyrac. Their films are captivating and criminally underseen. Bozon remains the group’s animateur, its most well-known figure, after just a handful of directorial credits.

Bozon and co. have created an idiosyncratic universe that exists both within and outside their films. Ardent aesthetes, this bande, as particular in their tastes as the original young turks of ‘50s Paris, emerged in the mid ‘90s with the film magazine, La lettre du cinema. Bozon’s status as filmmaker-critic (occasionally writing for Cahiers du Cinéma, Vertigo, and Trafic) is a thing of rarity in his generation.

Bozon’s strongest points of reference are not the canonical directors of cinema history but a more romantic, less modernist lineage. Cherishing the tenderness and melodrama of the macmahoniste tradition (Preminger, Lang, Losey, Walsh) he also finds inspiration in an historically marginalised group of post nouvelle vague intellectual figures, Jean-Claude Biette, Paul Vecchiali, and Adolfo Arrieta among them. Bozon has demonstrated his historiographical chops most spectacularly in Beaubourg, la dernière Major!, the vast program he curated with Pascale Bodet at the Centre Pompidou in 2010. With humour and freedom, the duo selected filmmakers not just from the aforementioned line(s) of cinema history but, among others, Léon, Ruiz, Moullet and, most ingeniously, French comedic duo Éric and Ramzy (presenting Stroheim!). Bozon has also written about the duo in Cahiers du Cinéma, comparing them to Curb Your Enthusiasm.

His La France (2007) is one of the incontestable masterpieces of the last decade. With an elegant script by Ropert, it is also informed by Fuller, Walsh, and Tourneur, particularly in their depictions of wartime male camaraderie. There is also incorruptibility, humility, and hope, as found in Barnet and the masterful Soviet musicals of the same period. This bittersweet strain is present throughout his work—his protagonists (Eduoard in Mods [2002]; Camille in La France) are solitary, fragile, devoted, living their lives in the face of some type of menace, real or imagined. The perspective is refreshingly chaste.

Bozon is an important figure as he is part of the lineage of the nouvelle vague and what came after. His precision and passion is an antidote to the increasingly ambiguous and “austerity for austerity’s sake” tendencies of the festival circuit, and his works are not “filmed pieces of film criticism” (pace Godard) or postmodern “winks” at contemporary film culture but simply beautifully crafted works of cinema.