Antoine Thirion/50 Best FIlmmakers Under 50, CS50, From The Magazine 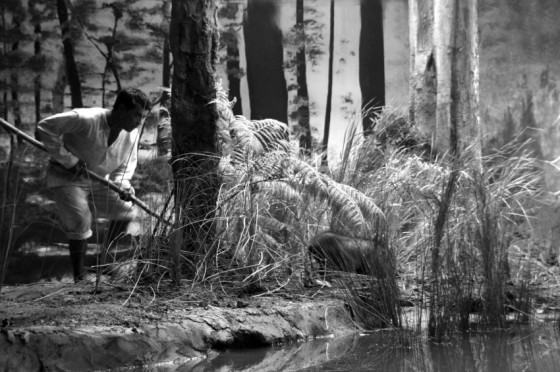 Discovering Raya Martin’s work inevitably went hand in hand with questions about his age. People were impressed that such a young director (he was born in Manila in 1984) hadn’t used short films as a simple springboard for features, but dared to lay the foundations for several trilogies: one about cinema (Now Showing, 2008; Next Attraction, 2008), the other about Filipino colonial history (A Short Film About the Indio Nacional, 2005; Independencia, 2009). From an early age, Martin was able to combine, in always-inventive forms, personal history and national history, filming one to rave against the other, as in the title of one of his best movies, Autohystoria (2007).

Of course, these questions of age are relative, and Martin laughed at them a lot. Recently, he posted a personal message on the internet, by way of a teaser for The Great Cinema Party, a film being made for the 2012 edition of the Jeonju Digital Project: a young boy was talking in his place, with the embarrassed expression of a contestant on American Idol. It’s with children of that age, such as the young girl in Now Showing or the boy in Independencia, that the director has often empathized. Indeed, it’s tempting to see his movies as coming-of-age novels. They are packed with scenes where the hero, still in childhood, freezes for a moment in front of a landscape wherein can be read the great expectations of a future as glorious as it is still incomprehensible. Often in Martin’s works, young heads topple backwards, lost in the fascination of images with cosmic power. But it isn’t so much learning the moral hardening that must be acquired by those who were born into a history sapped by colonization, bombings, and aborted revolutions. Instead of hopes, they have to take into account a country that is still in ruins.

There’s no Filipino director who can deny that he’s trying to portray the particularly tragic condition of their people. But only Martin has succeeded in advancing a contemporary image, solidly set in the present yet permanently floating between ages. The mixture of fantasy and determination, of naiveté and irony necessary (as in the exotic colonial/Hollywood pastiche of Independencia) is only his. Going through the history of cinema in all directions, from the Lumières to war archives, from Tarkovsky to The Simpsons, from Mike de Leon to The Blair Witch Project (1999), he has already been able to find the steps of his country’s protective characters who left to discover the world, but never forgot the glorious future to which they should always aspire.