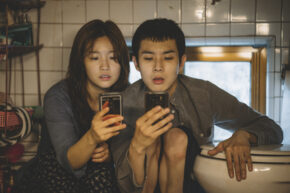 By Adam Cook Published in Cinema Scope #79 (Summer 2019) Precisely a decade after his last film shot and produced in South Korea, Bong Joon Ho returns to a place that feels both familiar and unfamiliar with his Palme d’Or-crowned Parasite. Moving beyond the ambitious, overly conceptual, and uneven international co-productions Snowpiercer and Okja, Parasite… 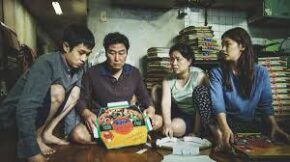 Precisely a decade after his last film shot and produced in South Korea, Bong Joon Ho returns to a place that feels both familiar and unfamiliar with his Palme d’Or-crowned Parasite. Moving beyond the ambitious, overly conceptual, and uneven international co-productions Snowpiercer and Okja, Parasite feels like a movie that only could have been made after such an awkward foray into globalized filmmaking. 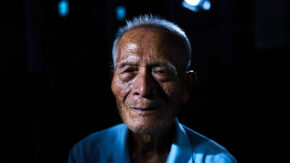 Through the Looking-Glass: Tsai Ming-liang’s Your Face

By Adam Cook In his 30-year career, the now 61-year old Tsai Ming-liang has made an entire oeuvre centred upon the practice of looking. Such a statement may seem like a given for any filmmaker, but Tsai’s particular formalist tendency of slowly developing long takes has always placed an emphasis on the dynamism of unfolding… 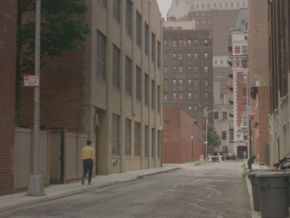 What’s Out of Frame: Kazik Radwanski’s Scaffold and Ricky D’Ambrose’s Notes on an Appearance

By Adam Cook Scaffold and Notes on an Appearance screen together on Thursday, January 17 at TIFF Bell Lightbox as part of the screening series MDFF Selects: Presented by Cinema Scope and TIFF. With his two most recent short films, Cutaway (2014) and Scaffold (2017), Toronto-based filmmaker Kazik Radwanski has deliberately offered an alternative formal… 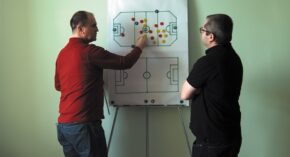 By Adam Cook Corneliu Porumboiu’s new documentary, like The Second Game (2014), is again fixated on soccer. Infinite Football mostly consists of the director in conversation with his friend Laurentiu Ginghina, who has some ideas about how to give the beautiful game what he considers to be a much-needed makeover. First, we hear his tale…

Everything Transitory Is But an Image: Andrea Bussmann on Fausto

By Josh Cabrita and Adam Cook “Most people want to be kings and queens, but not enough want to be Faust.” —Jean-Luc Godard, Le livre d’image When Goethe wrote his Faust, adapting the German legend about a scholar who makes a pact with the Devil to attain total knowledge, could he have foreseen how incisive…

Digging for History: Corneliu Porumboiu on The Treasure By Adam Cook Originally published in Cinema Scope 63 (Summer 2015). Corneliu Porumboiu has always been the joker of the Romanian New Wave, as well as its most consistent and formally rigorous director. Employing the slow pace, long takes, and non-professional actors that have become the calling…

By Adam Cook One of the most sacred texts in cinephilia and certainly for auteurism, François Truffaut’s 1967 Hitchcock/Truffaut (based on a week-long interview Truffaut conducted with Hitchcock in 1962) isn’t just an invaluable in-depth study of one of cinema’s greatest masters, it’s also an incredible text about two artists who admired each other. As…

By Adam Cook Jafar Panahi’s third “film” since being banned from making movies in his native Iran is a complete contrast to both the melancholy yet empowering This Is Not a Film (2011) and the powerful yet navel-gazing Closed Curtain (2013). Jafar Panahi’s Taxi (as it now seems to be called for North American release)…

By Adam Cook Once numbered in the same company as Rainer Werner Fassbinder and Werner Herzog as masters of the New German Cinema—and still counted a Master by TIFF—Wim Wenders has long since plummeted from the position of art-house reverence he earned with works like Wings of Desire (1987) and Paris, Texas (1984). Every Thing… 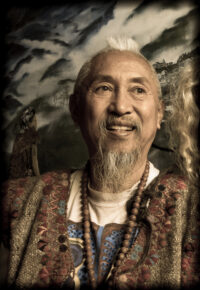 By Adam Cook and Daniel Kasman To be upfront, we weren’t familiar with Kidlat Tahimik. Multiple tips led us to seeing his new film, Balikbayan #1 Memories of Overdevelopment Redux III, at its premiere in the Forum section of the Berlinale, in the way that one is often pushed towards unknown filmmakers: on the recommendations… 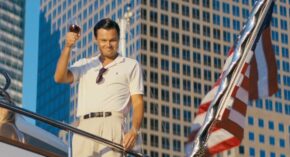 By Adam Cook The King’s Body is at least the third film this year to play with a formula in which the filmmaker(s) provide an environment and scenario and introduce to it a variable (people, actors), the ensuing interaction between the controlled and uncontrolled becoming the source of the film’s meaning; the two others I…

By Adam Cook Thomas Imabch’s Mary, Queen of Scots seemingly has a lot going for it: rising actress Camille Rutherford, who gave a memorable lead performance in Nicolas Klotz’s Low Life two years ago; a solid supporting cast (Mehdi Dehbi as Rizzio, in particular, steals the show); a wintery mise en scène that de-romanticizes the… 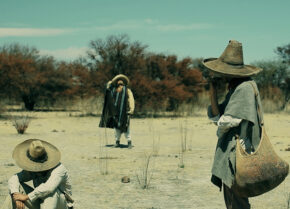 By Adam Cook Now in its fourth year, DOX:LAB is an initiative of Copenhagen’s CPH:DOX documentary film festival that pairs a European and non-European filmmaker together to collaborate on a film via a CPH:DOX development grant. The 2012 program brought together Mexican-Canadian filmmaker Nicolás Pereda with Denmark’s Jacob Secher Schulsinger, who has worked as an… 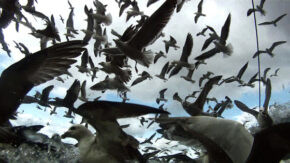 By Adam Cook Every film festival has good and bad films. There’s no way to avoid it. Some have a better ratio of quality films, but every festival makes compromises with their programming. For one reason or another, to appease the needs of sources of funding, or to maintain relationships with certain producers, some films… 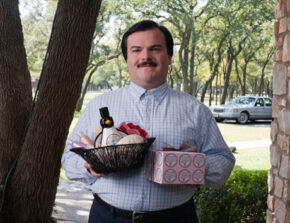 By Adam Cook One could label Richard Linklater’s oeuvre “sideline cinema”: it exists on the margins of the popular film world. Unlike a Tarantino or Wes Anderson, “Linklater” is too diffuse to be a brand, his filmography too varied (trailers for his films ensure that he’ll forever be “the director of Dazed and Confused [1993]”)…