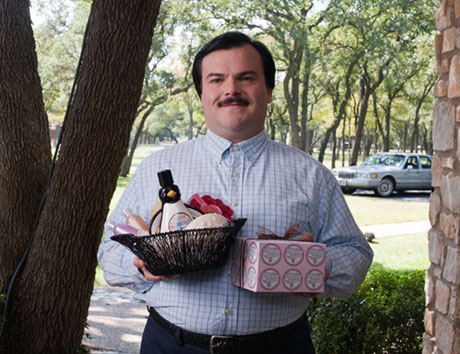 One could label Richard Linklater’s oeuvre “sideline cinema”: it exists on the margins of the popular film world. Unlike a Tarantino or Wes Anderson, “Linklater” is too diffuse to be a brand, his filmography too varied (trailers for his films ensure that he’ll forever be “the director of Dazed and Confused [1993]”) and his arthouse appeal too modest. While Slacker (1991) placed him at the forefront of the American indie movement of the late ’80s and early ’90s, Linklater has shuttled unconcernedly between “mainstream” and “independent” films ever since; where a contemporary like Gus Van Sant has alternated for-hire jobs like Good Will Hunting (1997) and Finding Forrester (2000) with declarative, capital-A “art” films such as Gerry (2002), Elephant (2003) and Paranoid Park (2007), Linklater’s work refuses such neat separations. The same directorial intelligence—always recognizable, yet never emphatic (or egotistical) enough to constitute itself as a signature—guides all of his films, from studiedly small-scale efforts like Tape (2001) to such “commercial” jobs as The School of Rock (2003) or Bad News Bears (2005): a careful attention to performance, a restrained yet palpable formalism, and a commitment to collaboration as both method and frequent subject. What’s perhaps most interesting about Linklater is his apparent contentment to remain in this productively marginal mode rather than cultivating an assertively auteurist persona, making the films he cares to irrespective of scale, scope, genre, or how they might be categorized.

For those who don’t know the story behind Linklater’s latest, Bernie, what follows is a very condensed summary. (For more, see the entertaining article by Skip Hollandsworth on which the film is based: http://www.texasmonthly.com/1998-01-01/feature4.php.) In the small Texas town of Carthage, eccentric assistant funeral director Bernie Tiede (Jack Black, sporting a subtle Southern accent and a very controlled comic edge) is a fount of relentless goodwill, consoling the bereaved and habitually bestowing gifts upon the townspeople. Bernie is so universally beloved that the town’s conservative populace even turns a blind eye to the fact that he is, as they say, “a little light in the loafers”—which makes it all the more curious when he befriends the rich and roundly despised 89-year-old Marjorie Nugent (Shirley MacLaine). The odd couple soon begins to spend all their time together, and extravagantly, as they frequently travel the world (or at least the world’s hotels) in luxurious fashion. When Marjorie’s increasing cruelty and possessiveness finally outstrips Bernie’s seemingly boundless good nature, Bernie spontaneously shoots her in the back four times with a rifle. He hides the corpse in a freezer and convinces everyone that Marjorie is too ill to see anyone; it takes nine months for police to discover the body. What is even more astonishing than this gentle man’s seemingly inexplicable crime, however—and what constitutes the true subject of both the article and the film—is the townspeople’s reaction: not only do they not condemn Bernie for the murder, but they passionately support his acquittal despite his plainly evident guilt. 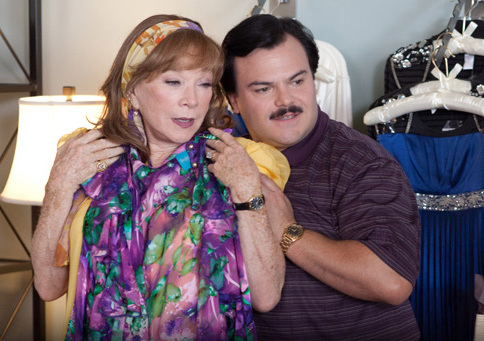 While this strange tale could serve equally well as tortured psychodrama, pensive sociological inquiry or Sundance-ready rural comedy, Linklater takes an intriguingly different tack. From its opening title card, which endearingly proclaims “What yer fixin’ to see is a true story,” Bernie feels like a piece of folklore created communally by the people of Carthage, told in their vernacular and imbued with their distinctive personality. The opening sequence, which cross-cuts between Black’s Bernie and interviews with real citizens of Carthage recalling Tiede, establishes the mix of documentary and recreation that Linklater pursues throughout the film—but, crucially, without the reliable stylistic divisions that would separate “fact” from “fiction,” as some of the interview subjects are readily recognizable actors (e.g., an excellent Matthew McConaughey as the town district attorney) playing the “real” people.

With this one, deceptively simple stroke, Linklater transforms Bernie from straight docudrama into something more intriguing: at once an attentively veristic portrait of a real town and its people, and a meditation on how such “real” places and people are the sum total of shared imaginings. On the first point, Bernie is both a loving celebration of these Texans—their neighbourly ethics and singular vernacular presented wholly without condescension—and a critical and clear-eyed apprehension of their less laudable traits, hinting at their endemic homophobia and putting “Christian behaviour” under a critical lens. Bernie would make an unlikely but unusually apt double bill with Werner Herzog’s Into the Abyss (2011), another true Texan murder tale: despite the enormous gulf between the sensibilities of their respective directors, both are distinctly humanist in their sensitive and respectful treatment of individuals; both leave one with a fondness for the Texan personality; and both conjure dark, troubling portraits of tormented souls.

It’s a testament to Linklater’s achievement that the film’s disturbing core event—a brutal killing performed by a repressed homosexual whose unknowable inner torment finally found expression in murderous rage—is never lost sight of beneath all the affability and charm. One significant omission Linklater makes from the real-life story is the discovery of sex tapes in Tiede’s home that apparently feature Tiede with several of the town’s married men—a detail which is perhaps linked to the fact that males were the usual recipients of Bernie’s generous gift-giving. While it may seem like a conservative choice to leave out such a provocative detail, Bernie is ultimately not bent on reconstructing reality. The film’s Bernie Tiede is the Bernie created by Carthage and its citizens; they are the storytellers. Yet in yielding what would seem to be his authorial prerogative by faithfully rendering the Bernie as seen by Carthage, Linklater actually increases the perceptual tangle: foregoing any attempt at psychological explanation and portraying Bernie as the unfailing good Samaritan all describe him as, Linklater makes his crime all the more disquietingly ambiguous. It’s possible to read a fairly subversive notion into this seemingly guileless yet brilliantly complex film: that the town’s belief in Bernie’s innocence outweighs the nuisance of fact. Rather than blind, justice is very much in the eye of the beholder, as if any needed reminding. While Carthage’s citizens may not have gotten the final word on Bernie’s fate, Linklater provides them with a consolation: the gift of shaping this film.