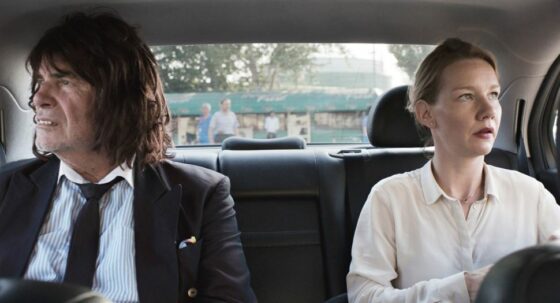 Once more by popular demand (and against my better wishes), the Cinema Scope writers and editors have spoken, and, as predicted—no fix was in, I swear—here we go on record with the year’s top ten, a.k.a. Toni and the Gang. A bit delayed, for sure, but those of little faith should note that we managed to get this organized before the American remake of Toni Erdmann started pre-production—or before it was scrapped, either way is good—but there’s never any rush for these things. I’m sure none of us can claim to have seen all the films that mattered in 2016, and I suspect there are a few on this list that may have passed you by, so I encourage you to seek them out. (With Andrew Tracy’s review of Silence in this issue’s Currency section, all of the top ten films have been covered in these pages, and I’m happy to admit that all of them gave me a certain amount of pleasure.) At any rate, it’s best to put the year behind us already, so we can enjoy the many bountiful pleasures that 2017 will offer—some of which have already been covered herein, fresh from their premieres in Sundance and Berlin—whenever we can manage to look away from the pathetic disaster unfolding south of the border. Fingers crossed on both accounts.

But enough of that, as with this edition, believe it or not, we’ve now somehow managed to publish 70 issues (and with the next magazine we will pass Cannes and Locarno…watch out Venice, you’re in our sights). To be honest, 70 doesn’t seem like a number really worthy of any kind of special celebration or change of focus, so this issue is pretty much just like all the other boring ones you know and love (or hate), with coverage of a very diverse set of filmmakers and artists, mixing the familiar with the foreign. Maybe there’s a little more Canadian content than usual, with articles on former university classmates Hugh Gibson and Joshua Bonnetta, Matt Johnson, Zacharias Kunuk—and let’s not forget the Resident Evil series, which was realized with Canadian money. (We’ll take our CanCon where we can get it.)

This pluralistic approach is what led me to the idea for this issue’s cover, which symbolically puts a variety of artists on equal footing, and at the same time nods to Feng Xiaogang’s I Am Not Madame Bovary. I suppose one could argue this visual approach is in fact something unique, so let’s say it’s a nod to turning 70 (which, by the way, is about how old I feel at this very moment). But even though the packaging may be new and (possibly) improved, I’ll repeat that what’s inside has stayed pretty much the same, and will remain so for another 70 issues, fingers crossed.

Posted in Columns, CS70, From The Magazine, Top Ten