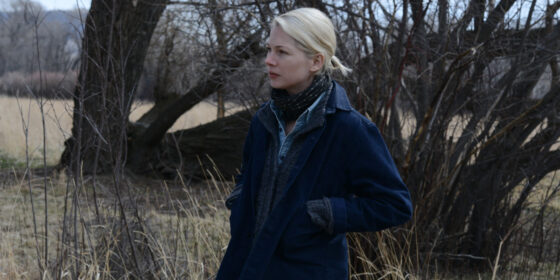 Kelly Reichardt’s Certain Women was the best film I saw this year in Park City, and is sure to wind up on my shortlist of the year’s truly beautiful things. Reichardt has tended to train her attention on subjects trying, and inevitably failing, to navigate the world outside of the established order. Her adaptation here of three short stories from Maile Meloy’s Both Ways Is the Only Way I Want It—simple portraits of women trying to live their lives, fulfill their desires, and maintain or manufacture some idea of happiness—may be nothing more or less than an object of pure dignity, a film about the joys and virtues of being a woman and making films about the experience(s) of being a woman. Christopher Blauvelt’s gauzy 16mm photography, conjuring Whistlers and Vermeers, distresses Reichardt’s overcast Americana in a slumbrous grace, producing effortlessly wistful images from the sheer banality of freight trains, smeared mirrors, and barnyards, while elsewhere Lily Gladstone delivers one of the great screen performances I’ve seen in any movie, and does so without saying more than a few words. There may be a dense underlying sorrow running through every frame of this picture—coasting on the essence of silence and silencings—but its impact arouses something closer to the satisfaction of a victory, the auspicious approach of some tipping point or other that, were it to ever arrive, would likely have the means to split our ears.