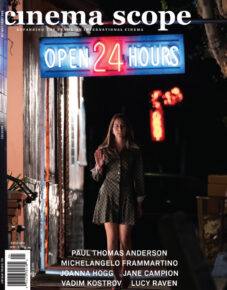 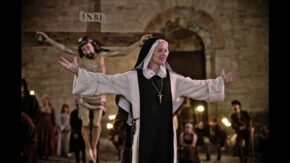 The pear of anguish is a medieval torture instrument, whose spoon-like metal segments spread at the turn of a screw in its centre. Also known as the “choke pear” because it was often applied to the victim’s mouth, it could be inserted into any orifice.
Read More → 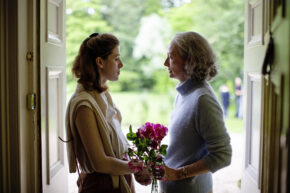 By Katherine Connell Joanna Hogg chases authenticity. Her reluctance to call “Cut,” instead letting a scene’s action carry on via languid takes, static camerawork, and unscripted dialogue, reflects her intuitive sense of how small but telling slips within the typically dull cadences of British upper-middle-class social chatter can reveal roiling undercurrents of feeling. Yet while…
Read More → 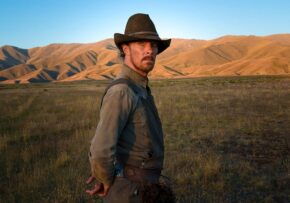 By Michael Sicinski Formalist though I may be, it’s becoming increasingly difficult to separate any given film from its association with Netflix. This is especially the case during awards season, as Netflix is throwing away obscene amounts of money on tacky gift boxes for critics and Academy members. The lavishly illustrated catalogues that depict every…
Read More → 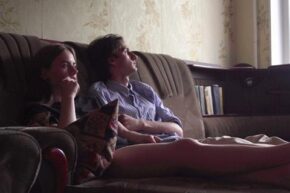 “The fact that at one time there was a camera in front of some people, which made them act in a certain way, and everything they may have thought or said or done at that time no longer has any importance. It is dead and gone; the only thing that counts is what remains, and what remains is a crystallization of it…It’s the moment when you pass from the stage of raw recorded reality into the dimensions of a film..."
Read More → 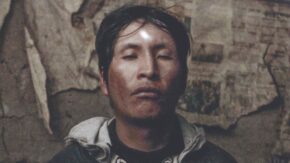 By Jay Kuehner The tacit assumption of the “city symphony” is of a metropolis invariably harmonious, conducive to and cooperative with the machinations of both camera and director, the coalescence of an industrial apparatus. Kiro Russo’s native La Paz defies any such arrangement in El Gran Movimiento, which channels the inherent dissonance and manifest disparity…
Read More →

The sleep of reason produces monsters—or so said Francisco Goya, who used the phrase as the title of an aquatint published in 1799. The words appear as if etched into the side of a desk, atop of which a male figure slumps in slumber. From behind him, the menace comes: bats, owls, and cats emerge from the darkness with petrifying gazes, crowding around the man.
Read More → 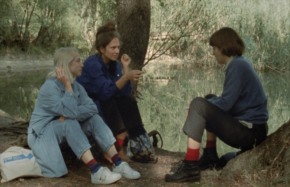 In 1984, the American philosopher and art critic Arthur C. Danto articulated a theory of the end of art. His claim—entirely distinct from declarations of the death of art—was not that art would no longer continue to be produced, but rather that there was no longer any “special way works of art have to be.”
Read More →

An editor’s note is a safe space that is wholly devoted to allowing me to write about that which I want, and I did consider coming up with some words on the most impressive moving-image event for me in 2021—which, of course, is Peter Jackson’s jaw-dropping The Beatles: Get Back, the Out 1 of music documentaries (release the 40-hour Jackson cut!).
Read More →

We begin in the air, a weightless gaze toward a mountained horizon. After some seconds, the camera descends, dropping beneath ground level, replacing the sky with a sheer face of pale earth. It settles, establishing a new ground. This movement is typical of Lucy Raven’s frequently drone-based camera throughout Ready Mix, the single-channel video which comprises the core of her presentation at the Dia Art Foundation’s newly renovated Chelsea location.
Read More → 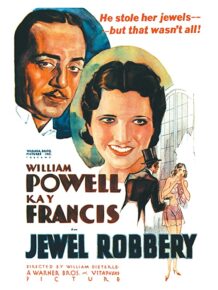 fantasies by William Dieterle that I’ve seen is how literary they are. This adjective often has negative connotations in this North American neck of the woods, apparently because “literary” and “cinematic” are supposed to be antithetical—though clearly not for Orson Welles, nor for Godard, who devoted his first piece of film criticism to defending Joseph L. Mankiewicz, and virtually ended his 2 x 50 Years of French Cinema (1995) with his appreciative survey of literary texts that (for him) were an essential part of cinema, “from Diderot to Daney.”
Read More → Why do Macbeth? As a dare, to confront the challenge of one of Shakespeare’s most problematic plays? To “beat it into submission,” as Sir Laurence Olivier once put it? To face and overcome the curse of “the Scottish Tragedy?” Kurosawa Akira came up with an original answer in Throne of Blood (1957), which was to transfer the play’s medieval Scotland setting to feudal Japan and explore its theme of the fatal hubris of ambition as a means of reflecting, 12 years after the end of the Pacific War, on the folly of Japanese imperial ambitions.
Read More → 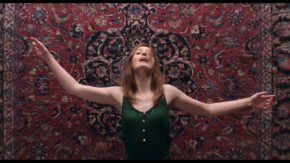 Desire tends to figure as a destructive force in the work of Joachim Trier. Anders (Anders Danielson Lie), the protagonist of Oslo, August 31 (2011), is a recovering drug addict who, by the end of the film, slips back into his old ways after a day of morale-crushing confrontations with his past.
Read More → 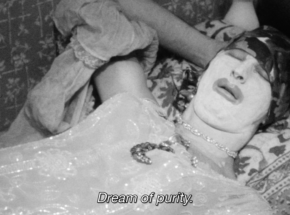 The secret title of this valediction is, “Watching a bootleg rip of a Blu-ray of Ken Jacobs’ 1963 Blonde Cobra with the subtitles on.” (The very prospect sounds like science fiction to these aging ears, yet here we are.) It’s a typically short scribble, a polluted dream of purity, this time about the greatest nunsploitation film of the American avant-garde, and as usual, it’ll all be over almost as soon as it begins.
Read More → 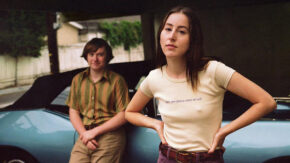 By Adam Nayman Paul Thomas Anderson loves start-up entrepreneurs and fly-by-night schemes: you could run a straight line between There Will Be Blood’s (2007) oil magnate Daniel Plainview (Daniel Day-Lewis) and Punch-Drunk Love’s (2002) humble toilet-plunger impresario Barry Egan (Adam Sandler) just as easily as you could imagine the latter signing up for one of…
Read More →