Web Only | Books Around: Picking Up 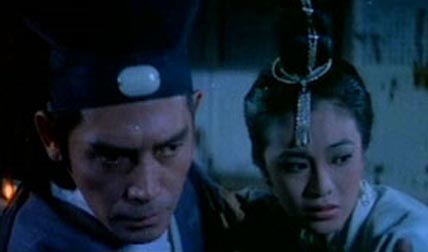 Festivals, the bigger ones at least, are among the last bastions of subsidized non-academic film publication. Traditionally, important or marginal retrospectives were accompanied by nice books or at least representative pamphlets authored usually by journalists—folks who knew how to build up an interest for something, keep the masses flowing into the venues (that’s the theory at least…). Quite a few smaller or bigger somethings which would end up being the sole work ever dedicated to this-or-that director, company, subject, etc. got produced that way; many of these would turn into collector’s items. Now it looks as if we’re in the dawn of that era dedicated to popular enlightenment by book(let)s deemed obscure soon after the party’s over. Many festivals have either terminated their engagement with film publications or do ever crummier jobs with increasingly dwindling budgets. (Some festivals don’t even publish a catalogue anymore because In the Internet They Trust; so don’t be too astonished if sometime in the future we’ll have difficulties finding out what they showed.)

During the early ‘90s, the International Film Festival Rotterdam got into the publication business and produced quite a few path-breaking volumettes, e.g., on Suzuki Seijun, Lenfilm’, or landscape and cinema. Good parts of these were filled with translations, smartly augmented usually by a few choice commissioned pieces, in some cases—e.g., Mori Issei & Kawashima Yūzō (two masters, one book)—still the only extensive works available on their respective subjects. After about a demi-decade, Rotterdam quietly cancelled this endeavour; they probably needed the money for the ever more aggressive expansion of the festival, which by now has turned into a behemoth whose bones can barely carry its humungous body mass. The collapse seems near.

Rotterdam has stopped looking like a place from which to expect a film book, which makes it all the more surprising that this year the festival again accompanied two of its retrospectives with volumes of decidedly different size and relevance.

About the Red Western booklet we shan’t say more than this: Like the program itself, it could have been interesting and rewarding.

The somewhat grander martial arts program “Water Tiger Inn,” fared much better, even if it was seemingly marred by a lack of time and resources—or by simply wanting too much. Despite its sizable budget, it is obvious that the IFFR doesn’t have the resources for its ambitions; or to be more precise, it would have them but as it is so huge, and as so many people (i.e., egos) are involved in the programming, and as interests seem so varied and multifaceted, nothing and nobody can get the budget needed. So instead of trying to do everything under slightly sub-optimal conditions, it might have been better to nix two or three programs (or whatever one should call certain less film-keyed initiatives) in order to do the remaining ones properly. For “Water Tiger Inn” this means maybe focusing on the film program and forgetting about the—admittedly splendid—installation/performance space; or vice versa, having only the inn with its storytellers, puppeteers, martial artists etc. and no films, as Rotterdam had certainly paid its dues to wuxia pian over the decade and people would have understood why the festival would do such a thing.

Water Tiger: The Secret Book of Wuxia (Rotterdam: IFFR 2011) suggests that the films were the main thing for Chinlin Hsieh, who curated the whole section and edited the book—at least they’re at the tome’s centre of attention. That said, its stand-out chapter, the Po Fung-penned “Wuxia Glossary,” explains many things the neophyte needed to know about wuxia culture to properly enjoy what was happening at the Water Tiger Inn. Besides that, this gorgeous creation offers a brief history of chivalric fiction and its adaptation for cinema written by Liu Damu (originally published 30 years ago; Liu augmented it with a postscript); praise for Saint King Hu by one of his staple actors, Shih Chun; a reproduction of several pages from Hu’s storyboard for his still under-acknowledged Legend of the Mountain (1979); notes by Li Cheuk-to & Po Fung on the films screened in Rotterdam; and a brief text relating the project history of the installation inn. In some cases I’m not certain who wrote what—e.g., the glossary is credited to Li and Po but only the latter’s bio is given at the section’s end. Also, the film notes are not signed, which seems to be in concord with the festival’s debatable recent practice of not attributing these to individual authors anymore. But all this aside, if one loves wuxia one would probably want to have this tome.

Another démodé kind of publication is the book in honour of an auteur, some country’s or region’s cinema, etc. I remember that 20 years ago you could pick up lots of these at festivals: the Spaniards did a serious tome (in English!) on Almodóvar the moment he became “hot,” the Dutch offered a stunningly done booklet on some animation genius du jour, and so on. These days, you rarely find that kind of publication anymore—why bother, I guess, in a situation where a film’s cultural belonging gets ever more difficult to define.

For which reason it felt quite fitting that during the Berlinale Cinecittà Luce gave away a notebook-sized translation of a long interview with an icon of Italian cinema, the late Mario Monicelli. The publication is called Handbook of a Master of All Trades and works as a horse’s-mouth career profile cum crash course in filmmaking the way it can’t be done anymore in most film cultures. The origins of the text remain obscure: I guess the interview was conducted by Stefano (or as he fancies calling himself these days, Steve) della Casa and Francesco Ranieri Martinotti—at least they wrote the introduction. (The interview question about Freda suggests della Casa’s hand, as he’s obsessed with the maestro’s work.) There’s no source or prior publication in Italian given, only a “Courtesy of Donzelli editore ©2009” (and said publishing house is granted ample space to celebrate its glorious history); and no translator is named, only a company, AMROS Media Solutions. Responsible editorial work tends to look different…

Anyway, the interview itself is highly entertaining, as well as brimming with details even a devoted student of Monicelli in particular and postwar Italian cinema in general may not necessarily know. (I was not aware of the fact that Monicelli went to school and was pals with Giacomo Forzano, whose father Gioacchino was a major figure in Fascist cinema if only a very minor artist—cf., or not, Camicia nera, 1933. Anyway, due to Forzano Jr., little Mario got into close contact with cinema at an early age, as the boys could visit daddy Gioacchino at the studio.) On the other hand, there’s so much one wished to read about, like the creation of that extraordinary fantasy-medieval Italian spoken in L’armata Brancaleone (aka For Love and Gold, 1966)… Whatever—it’s only an introduction to something vast and worthy anyway. Monicelli comes off as a pretty humble guy, constantly praising the input of his collaborators—not to mention mighty lucky, as he simply always knew the right people. You know how it is in certain circles, and you know how a certain now-gone film culture prefers to talk about itself. One probably should take it all with a grain of salt but hope that it was all true, for the film culture Monicelli evokes is certainly preferable to the one we have in most places today.

One final tiny item: Somewhere during my travels last year, maybe in Oberhausen, maybe in Venice, I picked up a robust, spiral-bound publication documenting the work of PRC-master Sun Xun and his π Animation Studio. Judging by the back cover, π produced it itself—at least there’s no publishing house or institution mentioned, only the studio’s address. The book (catalogue would probably the correct term) consists of pictures and nothing but—okay, there’s a brief biography of Sun printed in what looks like seven or eight point type (read: it’s almost indecipherable), but that’s it. Otherwise, lots of tiny pictures, most of them reproductions of the cels Sun created for his animations, a few showing views of the exhibitions he did around his films. If you’re interested in this, email G362005@163.com—that’s the contact email given on the back.

Posted in CS46, Web Only