The Decade in Review | Dennis Lim 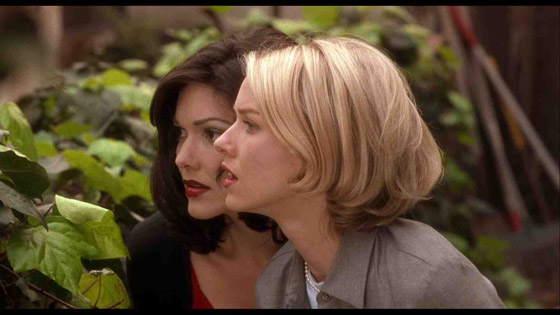 David Lynch is not an overlooked filmmaker and Mulholland Drive is not a film in need of championing—quite the contrary, since it has already won the decade-end critics’ polls of several other publications. Still, this near-unanimous canonization is not just surprising but suggestive in ways that have largely gone unremarked. It’s worth taking a moment to wonder why this sad, thrilling, ominous movie resonates so profoundly with the current mood and to consider what that says about what we want from narrative art.

I’m guessing that the affection for Mulholland Drive is partly nostalgic. We now grasp the industry-wide shift to digital in a way that we were only beginning to sense a decade ago. We also now know this is Lynch’s celluloid swansong, and it’s an old-school movie-movie to boot, enraptured by the romance of bygone Hollywood even as it rues the sordid fates of the city’s unhappy ghosts. By contrast, Inland Empire, shot on cheap DV, is a raised middle finger to the industry in both content and form.

Mulholland Drive is bracketed by Lost Highway (1996) and Inland Empire in a psychosis trilogy of sorts; all are non-linear films in which the rifts in space-time are a direct outgrowth of the protagonist’s mental trauma. This has been a fruitful decade, especially in American cinema, for movies that require some degree of assembly in the viewer’s head (Donnie Darko, 2001; Primer, 2004). The discourse surrounding Mulholland Drive has focused on it as a puzzle movie, untangling narrative threads and mapping its larger cosmology. But the film is more than an enigma to be cracked. It takes as its subject the very act of solving: the pleasurable and perilous, essential and absurd, process of making narrative sense, of needing and creating meaning. To put it another way: Mulholland Drive is the defining film of the ‘00s in much the same way that Roberto Bolaño’s 2666 is the defining book and Lost the defining television series.

In his homespun, semi-spiritual way, Lynch has been working toward his own theory of narrative over the years. There is something akin to mortal dread in his approach to storytelling: he doesn’t want stories to end, and when they must, they should leave “room to dream.” For Lynch, serial TV offered the Scheherazade-like prospect of a continuing tale. The link between narrative resolution and death is embodied by Twin Peaks, which committed a symbolic suicide by responding to the network’s pressure for answers and revealing who killed Laura Palmer. That same network, ABC, aborted Mulholland Drive for fear that Lynch couldn’t be trusted to answer the questions that his pilot would set in motion. Several years later, ABC greenlit Lost, a series premised on unanswered questions and given to moments of the Lynchian uncanny. Lost Highway was, in its way, a film without a conclusion: a Möbius strip that ends where it begins. With Mulholland Drive, Lynch creates a sense of the infinite by displacing the story from one realm to another, the very trick that Lost—at its best, an object lesson in keeping a story and a mythology alive—has adopted at the start of its parallel-worlds final season.

As for Bolaño, he was—like Lynch—a lover of mysteries but not a fan of resolutions. The mind-expanding, not-quite-finished magnum opus 2666 openly invites comparisons: there is a cybercafe called Fire, Walk With Me, and an exchange about favourite Lynch works. 2666 is a book about literature just as Mulholland Drive is a film about cinema. In both, the metaphysical terror of the void beckons just beyond the mundane facts of the everyday, and the relationship between dream and reality is thoroughly rewired. By applying a fractured nightmare logic to its nominal reality (less “realistic” than the preceding wish-fulfilling fantasy), Mulholland Drive emphasizes the role of fantasy in giving a cohesive shape to our experiences. That this endeavour is both a refuge and a risk comes across beautifully in Bolaño’s account, in 2666, of the poet Amalfitano’s wandering mind. His “ideas or feelings or ramblings…turned flight into freedom, even if freedom meant no more than the perpetuation of flight. They turned chaos into order, even if it was at the cost of what is commonly known as sanity.” Amalfitano is reflecting on his own mental meanderings, but he could just as well be describing the seductive purpose and the unnerving force of works like 2666 and Mulholland Drive.

Dennis Lim is the editor of Moving Image Source and a freelance writer for various publications.

Posted in The Decade In Review