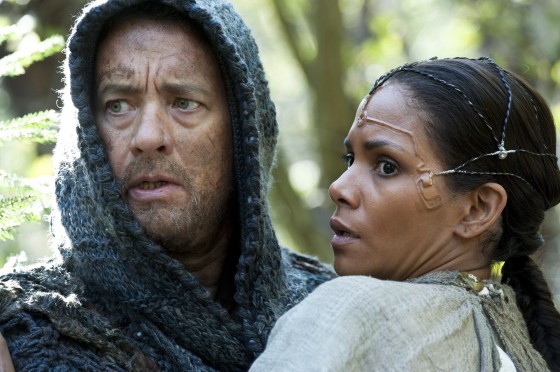 As a teacher, two things I often find myself coming back to are Speed Racer and Jean-Marie Straub. Lest that sound willfully perverse, let me explain. We all have built-in aesthetic prejudices and predilections, based on our viewing histories and other extrinsic factors. Theorizing taste is a complex matter indeed. But as I try to explain to my students, one has achieved a breakthrough in one’s own education of the senses at the point when can recognize an ineluctable schism between an object’s inherent qualities and one’s desire for it. That is, our taste becomes something more than mere taste—it becomes what we might call judgment—when we are forced to concede that an artwork possesses a certain force, a near-objective existence as a full instantiation of its own aims, regardless of the fact that those aims may in fact contravene every fibre of our being as lovers of beautiful things. Straub put this in more revolutionary terms, suggesting that he and the late Danièle Huillet made films for the non-alienated spectators of the future. Their films were addressed to subjects who did not yet exist.

This has been my contention, to an extent, regarding Andy and Lana Wachowski’s 2008 Speed Racer. The sibs’ neon fantasia on an utterly vacuous cartoon is both seductive and unwatchable, hollow and replete. While most of the industry abandons 35mm filmmaking as a matter of course, using RED cameras and other digital devices in order to conduct business as usual (i.e., replicate film aesthetics, or some approximation of “filminess”), the Wachowskis made an eye-gouging, state-of-the-art digital video epic, possibly the only Hollywood film to date that has taken up the conversion to digital as a problematic. I find it absolutely hideous. The film is a hot mess of flaming-pixel colour saturation, incompatible core samples from modern visual culture (especially hard manga neo-geo with Jordan Belson mandala-vision), and stereotyped humour so debased as to implicitly signal that anyone paying attention to fuddy-duddy signposts like “plot” or “character” was sorely missing the point. But Speed Racer is The Future, in some absolute, beyond-good-and-evil sort of way, and I can’t help recognizing in it my own obsolescence as a spectator. My rusty 19th-century preferences are no match for this whatsit, and as I explain to my students, I cannot help but admire a film whose underlying message (“Go!”) strikes me like a punk rock injunction to hurry up and die.

So imagine my surprise to find the Wachowskis’ latest effort, Cloud Atlas, so blatantly harking back to the distant past. The Victorian Era, to be exact; their adaptation of David Mitchell’s novel, undertaken with German changeling Tom Tykwer in tow, is a 21st-century riff on D.W. Griffith’s 1916 film maudit masterwork Intolerance. Griffith, aiming both to consolidate his gains for the acceptance of the motion picture as serious art, and to atone for the crass racism of his smash hit The Birth of a Nation the year before, decided to take cross-cutting to the next level by moving his viewers not across space (girl tied to tracks/hero on horseback) but across time. He accomplished this by spending nearly three hours exploring the abstract concept of man’s inhumanity to man in four entirely separate, diegetically independent stories, from the fall of Babylon through contemporary times. Although generally a progressive effort (and certainly so when compared with Birth), Intolerance betrayed Griffith’s Victorianism in its basic tone and form. The artist believed that by being able to exercise a greater faculty in order to see not this or that story, but a complex human chain, moviegoers could be intellectually as well as morally uplifted, leaving behind the mentality of the urban immigrant working class (the typical picture-show patron) and attaining the bourgeois Christian subjectivity typically inculcated by novel-reading. Alas, Intolerance was rejected in its day, just another film made for an audience that did not exist yet. (Most of these ideas are explored by the late Miriam Hansen in her landmark study Babel and Babylon.)

Whereas Speed Racer was a film so tough-minded (if simultaneously addle-brained) that it seemed to withstand my hate, Cloud Atlas is an object for which, unexpectedly, I find myself feeling a tinge of protective tenderness. It’s not just that it’s an “interesting failure,” although it is certainly that. It’s more that one would feel more comfortable were Cloud Atlas some kind of unmitigated disaster, which it is not. If it were, then we could chalk it up quite easily to the hubris of the Industry, the corrupting influence of big money, things like that. What actually ends up on screen is, like Intolerance, a film that is weird in ways both intended and not, an object that bears traces of compromise that mar any ambitious popular art. It succeeds in the most conventional ways (most of the stories are compelling, the three hours speed by at a brisk clip, not every Tom Hanks character comes off like an SNL sketch), but there is so much internalized pressure not to be too abstruse or go too long without a theme-articulating soliloquy that the directors hobble themselves, exhibiting too little faith in their abundant natural talents.

Besides, popularizing arthouse forms and ideas need not be a dumbing-down game. As Tykwer did in the sorely underrated The International (2009), an intelligent commercial filmmaker can draw inspiration from more difficult cinematic fare, yielding vernacular hybrid works that are not without merit. (Tykwer, after all, is a supporter and a sometime associate of the Berlin School filmmakers, and The International is in some respects a Euro-thriller counterpart to Christoph Hochhäusler’s The City Below [2010].) In Cloud Atlas, then, with its premise of same-actors, same-universe, one-drop-here/tsunami-over-there time-shifting, we may have something inherently silly. Yet it is a definite improvement on Egoyan/Kieslowski/Iñárritu horseshit, with its preposterous contrivances of coincidence within a single, bounded time and place. If that sounds as though I am damning with faint praise, I could also be even more specific: Darren Aronofsky’s The Fountain (2006), about as close as any recent film has come to similar territory, managed to be ten times more self-important and several times more laughable. Aronofsky has been and always will be a grandiloquent numbskull; fortunately for his own career, he has discovered how to avoid the earnestness that only reveals his dry gulch of an imagination.

If Cloud Atlas has a grand theme, a la “intolerance,” it is probably “readership” itself, and in that alone, Auteur Triad W/T/W implicitly flatter their audience. Since each of the six stories is connected by its being told, read, or viewed by someone in the next timeframe, it only stands to reason that we are the next node in the Great Cloud Atlas Fabric of Things, and that we too are empowered to change the future, or something. At the same time, the present-day story is the one centred on the protagonist most feckless and morally suspect, Jim Broadbent’s crooked publisher Timothy Cavendish. While nothing and no one in Cloud Atlas encourages “identification” as such, this is still a question worth asking. In the past segments, men fought racism and homophobia, tried and failed, but they nevertheless produced. Seaman Adam Ewing (Jim Sturgess) undergoes a trial at sea and becomes an abolitionist; musician Robert Frobisher (Ben Whishaw) refuses to be bullied and, while he succumbs to the crushing morality of his times, he composes the “Cloud Atlas Sextet,” a footnote to musical history that, the film implies, will resonate into rediscovery. Even in the licentious 1970s, a journalist (Halle Berry) risks everything to successfully shut down a nuclear power plant before a meltdown.

As for the distant future stories, trust me: bravery all around. Is the present a time of mediocrity and self-interest? Or is this simply too literal a reading of this film and its time-slippage device? Perhaps another way of looking at it is this: engaging with another, through the text, is a way in which identity becomes fluid and unglued to present moorings, a way to attain, imbibe, and ingest the messages that we are “not ready for yet.” This seems to be the ultimate message of the “Old Seoul/New Seoul” segment, in which a cloned fast food hostess (Bae Doona) becomes a religious figure (a neo-Neo) for the next generation. She explains that we do not exist except inasmuch as we are seen by others, and that we live for and though others—a kind of self-help Lacanianism. If Being is not only being for others, but learning to be and see as others, than W/T/W’s formal trope is both fully explained (rather point-blank and idiotically), and it adds a post-identitarian turn to everything that “feels wrong” about Cloud Atlas. Seeing Hugo Weaving in obvious drag is “strange,” as is seeing all of the Caucasian performers in (what I would ordinarily call) yellowface in the Korean segment. But then, near the end, Bae is shown in redheaded “whiteface,” and Susan Sarandon is revealed to have been an old male professor we glimpsed in an earlier video clip.

The make-up and the accents are often phony and distracting. The distant-future, chronologically final segment, after civilization has reverted to rank tribalism, is particularly off-putting, with Hanks, Berry, and others speaking some sort of pidgin comprised of Asian-inflected world-English and AAVE. If Hugh Grant in cannibal warpaint doesn’t throw your consciousness out of the proceedings, then James D’Arcy in full replicant mode certainly will. But again, these are elements that I find myself stumbling over, gnawing upon, rather than simply rejecting. (And as I said before, in no way do I find myself laughing in superiority to them.) Are these Brechtian devices, deployed by artists more accustomed to digital FX that seamlessly mould reality? As for questions of identity and its pliability, I think Ruby Rich is on target in partly understanding this aspect of Cloud Atlas as, if not an allegory, at the very least inflected by Lana Wachowski’s own life’s journey as a transgendered woman. In this respect, could it be that, if earlier models of trans-identity were shadowed by the gold-standard of “passing,” and the attendant shadow of possible failure, that a post-identity positioning evacuates this goalpost of so-called originary Being, placing all “being” under the sign of the small-b?

There is no denying that again and again, throughout Cloud Atlas, Tykwer and the Wachowskis step up to the plate with the promise of something quite radical, but slide back into the cocoon of conventional filmmaking, with its penchant for explanation, symbolism (that birthmark business!), and above all celebrity posing. Thinking again of Intolerance, I could not stop wondering how much more effective Cloud Atlas might have been with a cast of relative unknowns. As it is, any formalist or intellectual spell the film threatens to weave is stopped cold by yet another appearance of Tom Hanks in prosthetics, or Susan Sarandon in another wig, functioning like virtual advertisements not only for themselves, but for the Hollywood System. It is well-nigh impossible to think cosmically when at every turn, it’s a glammed-down or futured-up movie star or character actor. It frankly hierarchizes the very humanity W/T/W ostensibly want to celebrate. At the same time, this $100 million boondoggle would never have been made at all were it not for their A-list participation, and it could be that, in placing the concept of identity under erasure, one must have boldfaced liberal-corporate identities to play papyrus for your palimpsest. By the same token, Lillian Gish, Mary Alden and Constance Talmadge meant a great deal more to the audiences of 1916 than they do today. Perhaps if I still exist in any form in 40, 80, or 100 years, I’ll give Cloud Atlas a second look, to see what I, and it, have become.