Kiva Reardon/CS55, Currency, From The Magazine 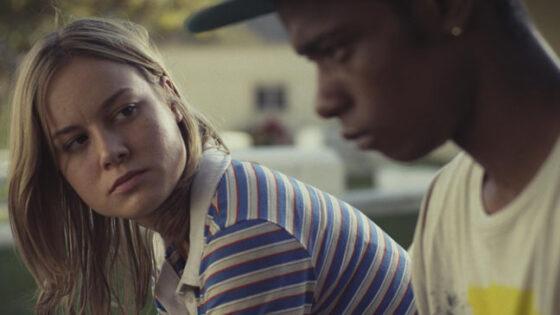 The title of Destin Cretton’s first feature suggested that the director knew his audience. Premiering at Sundance in 2012, I Am Not a Hipster seemed tailor-made for the festival’s indie-centric crowd: focusing on a lovesick California indie musician, the film sketched a spot-on portrait of young white male malaise, awash in scruffy hair, bad beer, and fixed-gear bikes. Rather than valorize this as the epitome of cool, however, I Am Not a Hipster neatly broke down the superficiality of its character’s existence, chipping away at its hero’s irony-encased exterior to get at the root cause of his hipper-than-thou outlook.

Not new territory, perhaps, but Cretton wasn’t merely observing the state of hipsterdom. Instead, he set out to salvage a generation so often defined by its apathy by trying to rediscover its humanity—to get beyond the plaid, as it were. (To paraphrase Joseph Merrick’s famous cry in The Elephant Man: “I am not a hipster! I am a human being!”)  A not unworthy ambition, but it’s one that I Am Not a Hipster does not fully realize, ultimately exposing no wounds deeper than the pangs of a dude’s aching heart. Once again choosing sincerity over irony with his follow-up, Cretton this time pushes further: although it’s still a story about struggling white people, Short Term 12, an elaboration of his 2008 short based on his own experiences, is concerned with afflictions that run deeper than heartbreak.

Short Term 12 opens with a round of shit-talk (literally): four schlubby twentysomethings stand before an unassuming low-rise, listening to one of their number relate an anecdote about crapping himself in public after ingesting bad tacos. This group resembles the cast of I Am Not a Hipster, and, combined with the puerile topic of conversation, it seems we’re stuck with another dreary slog through the milieu of the self-centred and too-hip-to-care. This premonition is suddenly dispelled when a young boy, Sammy (Alex Calloway), comes charging out of the building, screaming and flailing wildly, and makes a run for the street. Absent any shrugs or sarcastic one-liners, the seemingly listless group leaps into action, racing after Sammy to stop him from hopping the fence. This bracingly surprising opening sets the tone that Cretton maintains throughout the film: shifting from the seemingly familiar to the wholly unexpected with startling abruptness, he renders what could have been conventional subject matter consistently engrossing.

The film’s title refers to a California foster-care facility that temporarily houses troubled youth, survivors of abuse, incest, and other traumas. Supervisor Grace (Brie Larson) oversees a staff of three: Mason (John Gallagher Jr.), who is also her boyfriend; Jessica (Stephanie Beatriz), who takes the night watch; and novice new hire Nate (Rami Malek), who struggles to bond with the kids. Though Mason’s opening disquisition (he is the pants-shitter of the prologue) suggests that he will be the centre of the film, the focus immediately shifts to Grace when she discovers she’s pregnant. After scheduling an abortion, Grace retreats into herself and her work, pulling away from Mason. Her woes intersect with those of two of the facility’s young charges: Marcus (Keith Stanfield), who will be forced to leave the home in a week when he turns 18, and self-harming new arrival Jayden (Kaitlyn Dever). Jayden, it is revealed, is a mirror image of Grace at the same age, and her presence dredges up painful childhood memories that Grace has long repressed.

Cretton deftly weaves in between his characters, offering revealing snippets of their lives and pasts before moving on, a stop-start pacing that jives nicely with the wary, guarded personalities of his subjects. Time and again, Cretton successfully returns to the strategy of the opening sequence, adding a sting at the end of each self-contained encounter: Mason and Grace’s cutesy date ends in a confusing sexual miscommunication; Mason’s proposal to Grace, seemingly setting their lives on track, is disrupted by a suicide attempt; Jayden, seemingly settling into the group home, suddenly goes AWOL. Though they might read as mechanical, these erratic shifts feel like a natural product of Cretton’s subject matter; like its characters, the film is unstable.

Just as Cretton proved in the opening sequence that he could give greater dimension to his predictably plaid-bedecked hipsterati, he similarly plays on expectations with his array of other familiar character types: the damaged do-gooder, the abused child, the endlessly patient and almost suffocatingly supportive life-partner. Mason takes on that latter role, his goofily domesticated masculinity (following her appointment at the family-planning clinic, Grace comes home to find him cooking in a cow-print chef hat) recalling Seth Rogen’s ladle-wielding househusband in Take This Waltz (2011)—a thinly rendered “man-wife” who never revealed any hint of an inner life, and thus seemed merely like a means to a narrative end. Cretton cares too deeply for his characters to allow for this: though he remains a somewhat virtuous figure throughout the film, Mason also has his own stumbles, and he’s rounded out with some backstory that explains his saint-like patience. Nor does Cretton use the kids in the group home as mere accents to Grace’s dilemma; each of them are given subtle and touching details (a fish named Nas, a mention of a deceased sister, family photos glimpsed in passing) that speak to a world beyond the walls of Short Term 12.

However, Cretton’s empathetic approach and attention to detail would only get the film so far were it not for the performances by Larson, Stanfield, and Dever. While Larson, who previously co-starred in 21 Jump Street (2012), is the anchor of the film, the young Dever and non-pro Stanfield make the most memorable impression. In mirror sequences, both young actors deliver sort-of monologues—Marcus raps, Jayden reads a short story—allegorically confessing their fears to the group-home staff. This could descend into earnest after-school special territory but for the performers’ unaffected naturalism and subtle suggestion of how much they are leaving unspoken. (“That’s a bit dramatic, isn’t it?” quips Jayden near the end of the film, as if nodding to the film’s avoidance of predictable histrionics.)

Though Cretton’s film is shot in that sun-saturated Sundance aesthetic so associated with tales of navel-gazing urbanites (see: Breaking Upwards, 2009; Celeste & Jesse Forever, 2012), substance here subverts style. Moving into darker territory where the mumblecore milieu would never venture, Short Term 12 offers a much-needed corrective to the indie-darling set—particularly in its curiously optimistic ending, which returns us to Mason’s yarn-spinning from the opening scene. Rather than imparting a sense of closure, this bookending move frames the entire film as merely a chapter in a longer story that we’ve stumbled into; and while the film has come to a natural end, it’s not necessarily a conclusion. This time around we’re prepared for Sammy’s wild rush for freedom as he comes catapulting out of the group home, an American flag draped over his bony shoulders, as Grace, Mason, Jessica, and Nate take off after him in slow motion. Often written off as apathetic and uncaring, here the hipster set proves to be anything but: their efforts to help others, and themselves, may not always succeed, but what’s important is that they’re trying. Cretton is talking about his generation. And for once it’s not all shit talk.