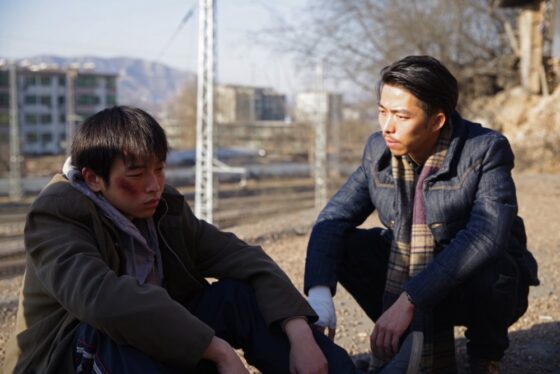 Lying in a cozy bed covered by blankets and surrounded by paper is an image I can very much relate to, which helps explains this issue’s cover, the film from which it comes notwithstanding (OK, the film isn’t bad either). Such is the idealized image of the writer and/or editor, dating back at least to the time of Proust, though as far as I know we don’t have any moving-image documentary proof to validate this. But, as the saying goes, when in doubt print the legend. This free association, while trying to think of anything at all to write about besides the yearly top ten list—again, the product of a simple group poll of Cinema Scope writers and editors of films that debuted in the calendar year 2018—led me to think of Documentary Now!, now in its third and so far, after the four episodes that I’ve seen, best season to date.

Which is not exactly the truth, which is exactly the point. I’ll admit that as part of my usual procrastination, I watched the stellar Cate Blanchett as Marina Abramovic in the “Waiting for the Artist” episode last night, then watched it again, and then followed it with eight others in rapid succession. These included the earlier satire of Swimming to Cambodia (1987), in which the stellar Bill Hader makes ample use of free association, and rams home the point of how a certain type of artist takes raw material and distorts it for his art. As the series has progressed, it’s moved beyond a high-level SNL-style extended parody sketch (highlight: season two’s “Juan Likes Rice & Chicken”) to something placed in the subgenre of “loving unauthorized remake,” which of course is dear to my heart.

Maybe re-creation is a better word because of the increasingly impressive formal exactitude the filmmakers apply. This is a hall of mirrors for sure when one considers the meta-practice at play—re-creating (sometimes incredibly obscure) documentaries?—and it’s done in a way that never feels laboured, with the utmost admiration and affection for the subject matter and the varied forms. After watching something brilliant like “Original Cast Album: Co-op,” a jam-packed-into-24-minute parody of, of all things, D.A. Pennebaker’s Original Cast Album: Company (1970), I’m tempted to ask myself, “How the hell is this insane undertaking on television?” only to remember the common fallacy that one assumes one is unique in one’s own likes, desires, and obsessions, when actually that’s never the case. Still, how the hell is this still on television?

Anyhow, unfortunately it appears that I have run out of space. If you’ve seen all the films on the list on the right—even if I can’t recommend all of them wholeheartedly, there’s something there for everyone—I suggest moving on to Documentary Now!, which will give you more film history to catch up on.