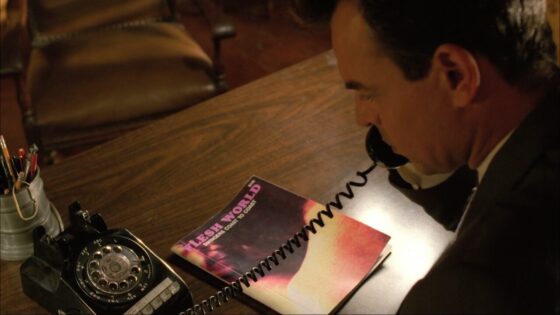 4. On the Beach at Night Alone (Hong Sangsoo)

Again, it is with little to no fanfare that we reveal the latest annual ye olde top ten list of films that premiered in festivals (eight), theatrical release (one), or on Showtime (number one) in the calendar year 2017. The only question that occupies my mind about this mostly useless, populist endeavour is whether David Lynch’s career-topper should be referred to as Twin Peaks: The Return or simply Twin Peaks; while the latter is the title that appears in the opening credits of each episode, I’ve chosen to go with the former, because that’s what we’ve been doing all along, and now is not the time to admit defeat.

As for the rest of the list, it should not be surprising when I point out that each of these films has been covered in previous issues—or, in the case of First Reformed, due in North American cinemas in April after its festival run last year, featured in this one—so really there’s nothing more to add, and I can put all of this nonsense to rest. Though I must admit that I am upset that not one contributor took me up on my earlier challenge to compile a ballot mostly consisting of Hong Sangsoo and Heinz Emigholz films. Hong and Heinz forever!

This year has already given us Grass and Two Basilicas, fine new films by these completely different filmmakers. Both premiered at the sprawling Berlinale, the festival that last year had the good sense to premiere On the Beach at Night Alone and the Streetscapes series. As always, along with Sundance, Berlin is a welcome, if somewhat confusing, start to the year-long “awards season,” by which I mean: why do all of these films exist, and does anyone actually see them? Maybe not many beyond the overly generous paying members of the population of Berlin and its environs, who still turn out in droves—and hence the problem with imposing any meaningful changes on the festival, as other less-generous locals are demanding.

Could the festival be smaller? Sure! But at the risk of sounding like a broken record, all festivals could benefit from being smaller. (Most things could, except for our readership.) But a tsunami of crap is indicative of any mega-market festival, if not a truism applicable to the entirety of the (cultural) world proper; one needs to be one’s own curator, or at least a well-informed viewer, and make your way through the morass yourself. I guess that’s one of the main reasons why we keep doing this magazine. Which is to say that maybe this top-ten stuff has some value after all.

Posted in Columns, CS74, From The Magazine, Top Ten