Mark Peranson/Columns, CS67, From The Magazine 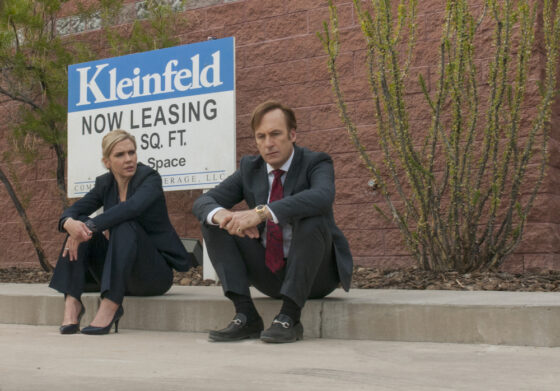 Forestalling the inevitable but for a paragraph, one development that might strike some regular readers as being unique to this issue is a detour into the world of television criticism. But let me say that a kind of a mini TV focus that appears here is mainly a factor of coincidence—both in terms of timing (Orenthal James Simpson’s recent late-career revival) and ongoing interest. Both Better Call Saul and Nathan for You have been on the radar for a while, alongside other shows possibly to be named later, but only now did contributors—special tip of the hat to new Cinema Scoper Benny Safdie—propose a way to approach the shows from cinematic angles. This is key: it’s not a matter of diving headlong into the world of TV criticism, more applying similar tools of analysis to another moving-image work that happens to appear in living rooms and on computers (though, let’s face it, soon enough that’s how most people will be approaching cinema). In other words, as with generally, say, 95 percent of the pieces here, it’s a merging of editorial and authorial interest, so don’t necessarily expect 23 percent of next issue to follow the same tack.

Speaking of numbers, Cannes is the time of the year when critics are debased into masquerading as amateur oddsmakers and number crunchers. My usual diatribe will wait until later in the issue, but for now let’s just say that these days, feasting on Cannes has to do with volume, not quality: How many films can one see in a fortnight? How many good ones? We are compelled as viewers (and especially critics) to make some sense out of the seemingly ceaseless flow of product, to find patterns, to keep track in numerical lists to give some meaning to how much time we’ve wasted. Before the explosion of global cinematic output, one could argue, Cannes was the place where numbers didn’t matter, because everything was supposed to be good, as what was on view was a collection of “the best films of the year.” The truth, however, is that Cannes is ultimately like any other film festival, largely dependent on what’s available to be screened, and should be treated that way. To state one positive thing, at least they’re still keeping the numbers down.

To give a sneak preview of the beloved annual Cannes whack, I go on to note that maybe there were ten films of quality that I can point to having seen over the 12 days of Cannes. I’m sure I missed at least a few things here and there, though maybe not so many, especially considering that Un Certain Regard, herein merely represented by the winning film, was seen as an unmitigated 18-film disaster. Of the films that I saw and were not covered in some way in our Cannes Spotlight, I most regret not finding the space for Alain Guiraudie’s Rester vertical, a surprising early entry in the Competition that dramatizes what filmmakers do in their off-days between films, and got short shrift in the press, especially from the Anglo critics. And I also feel the need to note that Sean Penn’s The Last Face, while extremely lousy, is merely the kind of film that would get two stars from your local film critic upon its Friday release, then vanish. Quite modestly, Thierry Frémaux proposed in an interview before the festival that about 70 percent of the year’s essential films screen in each Cannes edition. I’d say maybe it’s closer to 28 percent, as long as you’re counting all the films in regular theatrical release in all the normal cinemas showing along the Riviera. So what follows in these pages is a certain percentage of that percentage, let’s say 75, which leaves enough gems to be revealed over the rest of the year at other festivals and in general release. You do the math.

Posted in Columns, CS67, From The Magazine