Chuck Stephens/Columns, CS60, From The Magazine 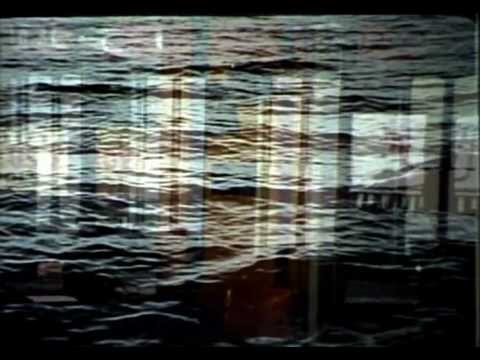 “The film is a continuous zoom which takes 45 minutes to go from its widest field to its smallest and final field. It was shot with a fixed camera from one end of an 80-foot loft, shooting the other end, a row of windows and the street. Thus, the setting and the action which takes place there are cosmically equivalent.”—Michael Snow

“This is the story of the diminishing area of pure potentiality.”—P. Adams Sitney

At first, I thought I’d title these brief murmurations on Michael Snow’s “structuralist” masterpiece—a film which hopefully demands, at this late date in cinephilia, little additional description—“Watching Wavelength Backwards,” which is just what I’d intended to do. Before I left for flight to the west I’d enjoy what must be my 50th (or who knows, maybe 150th) viewing of Wavelength, this time attempting to zoom against the zoom that (though denotatively insufficient) “describes” and proscribes the film, all in the name of seeing one of my favourite movies anew. Maybe I’d do as the starlings do, winging against the wind, communicating in a thousand warbles and twisting veils of black and feather, murmurating against the grain of Wavelength in order to rise up cognitively out of the surf (where Snow’s film ends) and concretely into the air (where Snow’s film begins). Then yesterday I stood with my feet in the Pacific Ocean at the edge of Ventura, CA, pointing my iPhone down at the salty dissolve and swift sucking-away of the grains of the semi-firmament beneath me, everything earth churning back into ancient ocean, land’s end beginning again. I was standing in Wavelength. I was already there.

I ate a shark taco and watched a coven of ragged starlings chirruping for chunks of fish and chips beneath a sign that read, “Don’t feed The Birds.” Those title-teasing italics are my interpolation, a tilt at Wavelength as nothing if not Hitchcockian, relentlessly manipulating the emotionally charged gaze of the spectator, ratcheting them along with a filmmaker’s highly personalized structuring of time, death, narrative, and other MacGuffins. At almost the precise heart of Wavelength an off-screen act of violence occurs (“I love the sound of breaking glass…”) and Snow’s friend and fellow filmmaker Hollis Frampton suddenly staggers into frame, collapses, and “dies”—a “mystery” the film will have no interest in “solving.” Furthermore, the “star” of Wavelength is a particularly enigmatic blonde: a bright yellow chair that for most of the movie sits silently in the vortex of the “action,” demure and enchanting in mid-century chrome and Eggleston-rich colored vinyl. Yet Wavelength also watches Hitchcock backwards: in it, women recurrently come and go of their own accord. Then their doubles come and go. They direct men (“the bookshelves go there”), detect men (“I think he’s dead”), leave men to their own vertiginous concerns as they exit the persistent ogling of the lens. “Walking women” were an ongoing graphic concern of Snow the picture-maker, and as his movie approaches climax, the walking women of Wavelength are doubled once again, this time in the form of one of Snow’s photographs, pinned to the loft’s far wall. They are one potential but finally averted destination of Snow’s visionary penetration, which ends instead in an arrested splash, the grains of the firmament sucked from beneath our feet by the film’s duration, leaving us hanging ten on pure potentiality, the solid surf at the Point Break of the mind.

“And as the camera continues to move steadily forward”—wrote the enigmatic blonde Annette Michelson in her essential essay on Wavelength and its maker, “Towards Snow”—“building a tension that grows in direct ratio to the reduction of the field, we recognize, with some surprise, those horizons as defining the contours of narrative, of that narrative form animated by distended temporality, turning upon cognition, towards revelation.”

Revelation: the Wavelength loft has long since been halved and converted into a luxury apartment. Google can take you there, if you need to go. I’ll stay here instead, in the Pacific surf, a world and a thousand wavelengths distant from the mid-20th-century Manhattan of Warhol and Snow and Travis Bickle. The tide has come and gone. Here it comes again.

Posted in Columns, CS60, From The Magazine