Mark Peranson/Columns, CS53, From The Magazine 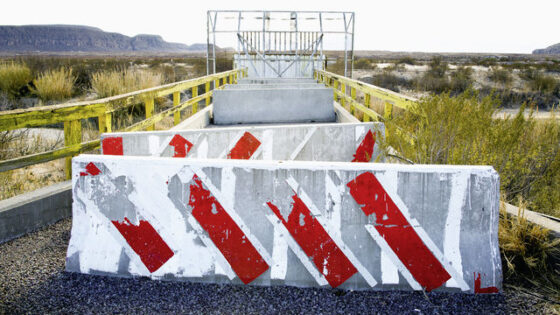 By the time you read this, the world will likely have ended. It’s unfortunate that the end of the Mayan long count (or b’ak’tun) will fall on December 21, because if it were to have fallen, say, on November 21, I could have avoided having to write this Editor’ Note, or indeed, editing the magazine that you’re about to read, which is hopefully made of dead trees. But deadlines are deadlines. As I plan on spending the end of the world right at Apocalypto central, I will report back in three months time from the great beyond and let you know exactly how and why the world ended: I’m guessing a combination of gigantic asteroid, alien invasion, and a release of toxic gases into the atmosphere, exacerbating global warming. Either that or The Hobbit.

Meanwhile, with its economy in shambles and unprecedented cuts to cultural funding, filmmaking is pretty damned close to ending in Portugal. Yet here we are in Issue 53, and Portugal is the unofficial of country of focus; add in the wonder that remains Portugal’s non-Oscar submission, Miguel Gomes’ cause célèbre Tabu, and against all odds Portugal has given the filmmaking world the most bang for its buck in 2012.

To briefly list the confluence of Portuguese and Portugal-related content, the pages herein lead off with João Pedro Rodrigues and João Rui Guerra da Mata’s excellent, Markeresque fiction-documentary hybrid The Last Time I Saw Macao, widely praised after its Locarno, Toronto, and New York festival screenings and coming soon to a theatre near you; the latest work from maestro Manoel de Oliveira, the Venice premiere Gebo and the Shadow; a long-overdue Film/Art focus on the variegated work of Gabriel Abrantes and his collaborators; and the return of Spare Change, giving a concentrated focus on films without distribution, with Eloy Enciso’s Arraianos, a film shot on the border between Galicia and Portugal that defies simple description. Portugal even makes an appearance in a discussion with Peter Bo Rappmund, who ventured there with Thom Andersen to act as DP on Reconversão, Andersen’s film on Pritzker prize-winning architect Eduardo Souto de Moura, a documentary produced by the Vila do Conde short film festival. (Please note that the print issue of the magazine contains a four-page spread that includes every single shot of Tectonics, all 200 in a row. It’s worth your five bucks.)

To continue the Portuguese promotion—no, I’m not being paid, weren’t you listening when I said that the country has no money?—there was also another Oliveira short this year, alongside one from Pedro Costa, in the feature-length omnibus Centro Histórico, made as part of Guimarães’ ironic year as European culture capital. (Despite its presence on a certain online viewing platform, I haven’t gotten around to seeing it yet.) Abrantes’ latest film, Ὄρνιθες, likewise was produced for Guimarães, and Rodrigues is in the process of editing his; other Portuguese filmmakers in the series, still in the process of completion, include Gonçalo Tocha. Thanks to the European Union. Let’s see how much support they’ll be giving to Portuguese filmmakers in the next few years, when they really need it.

If I were still a betting man, I’d wager that Tabu (and a few other films above) will appear on many year-end lists, and it has already popped up on the ones from people and magazines so eager to make their voices heard first, before the year even ends and before there has been a chance to truly digest the past 12 months’ product. I understand where the compulsion to codify and enunciate such lists comes from, and we at Cinema Scope at some point in the new year will come up with our own list, though I hope that the Mayans were right, so I can avoid having to vomit those thoughts out to the world. If not, we’ll all be doing these damned lists for another 394.3 years.

Posted in Columns, CS53, From The Magazine