Mark Peranson/Columns, CS51, From The Magazine 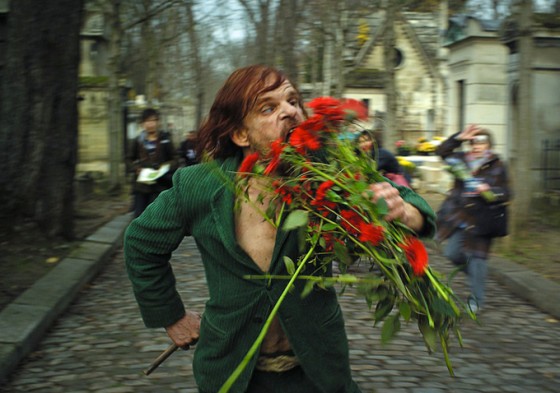 Back to business as usual, which means being crabby about Cannes and printing long articles about filmmakers nobody has heard of. We’ll get to Cannes later on, with pieces dispersed throughout Issue 51 and also resting in the typical centre-square spotlight. For now I would rather devote my allotted space to some observations from my rainy “vacation” after Cannes, spent in Kassel, Germany, for the opening of dOCUMENTA (13). Heading to the world’s largest and most important art event—one that only takes place every five years and lasts 100 days—after the planet’s largest and most important film “event” makes for some interesting contrasts. If only the documenta model could be adopted by Cannes: take place once every five years, rotate the director, commission most of the works on view, have little consideration for the industry, be truly ambitious and eccentric. (Though it certainly should not last 100 days.)

Like it was in Cannes, this year’s Canadian participation in the sprawling documenta is strong, with Geoffrey Farmer’s massive Life magazine cut-out installation Leaves of Grass (the first step in a shadow-play project Farmer is working on while in Kassel) and Janet Cardiff and George Bures Miller’s latest absorbing and very enjoyable example of physical cinema, Alter Bahnhof Video Walk (like many pieces in documenta referring to the worst of 20th-century German history) being among the consensus favourites of the press preview. (Bryan Jungen also made a dog park, dogs being essential to the vision of documenta curator Carolyn Christov-Bakargiev, who believes the animals should have the right to vote.)

Along with a healthy film sidebar—which dubiously is centred on a selection of “banned” and “popular” films from various countries and has spotlights on customary art-house filmmakers like Cinema Scope denizens Raya Martin, Athina Rachel Tsangari (previewing a work in progress), Lucrecia Martel, Jim Finn, Straub-Huillet etc.—documenta participants in the main show include two of last issue’s crop of 50 filmmakers under 50, Apichatpong Weerasethakul and Albert Serra. Apichatpong felt the need to escape from the moving image, and offers up The Importance of Telepathy, a towering white phantom (“my tree”) amid the foliage of the art-riddled Karlsaue—and 50 metres or so in the distance hammocks to nestle in, under the trees, to hear the birds and the sound of the wind.

Serra’s The Three Little Pigs, a cinematic realization of the diaries of Goethe, Hitler, and Fassbinder, presented verbatim, mostly with documenta staff as actors, is probably the most ambitious of a very ambitious show, one where artists like Theaster Gates, William Kentridge, Pierre Huyghe, (Canadian) Gareth Moore, etc. put in yeoman’s duty, acting in equal parts as architects, engineers, social planners, and artists. Serra’s work will exist, by documenta’s end, as a 200-hour-long film, shot in locations around Kassel and edited during documenta, and presented daily in new two-hour installments at the Bali Kino in the Hauptbahnhof, with screenings at 10:30 a.m. and 5:30 p.m. I provide this information as the documenta website and publications never make it completely clear: that, if all goes well, every day there will be two different hours showing, and that at the end the entire film will run continuously, 24 hours a day, past the 100 days.

And he’s treating it as a film, something designed to be screened in a cinema, produced by a crew of 13, who are building and designing sets, costuming actors, the works. (Once they get into their groove, Serra promises members of the public can observe the film being made.) I was only able to view the first part (featuring sheep!) and selected scenes from the second while they were being edited—no Fassbinder yet, as that will be in Catalan with some familiar performers—but it strikes me as a strangely calming alternative to the bustle found at the other documenta venues, but a piece that the typical “art crowd” might find hard to work up the stamina to endure. So it behooves us hardcore members of the film community to make the trip to Kassel to check it out.

Posted in Columns, CS51, From The Magazine