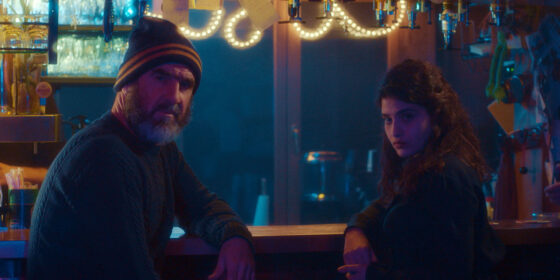 A young art student develops a morbid fixation on a washed-up artist and offers her apprentice services in an effort to lure him back out into the world—how in the world could this premise fall flat? In a few ways that Ulysses & Mona indeed sees through, such as by wallowing in melancholy with Ulysses and failing to stage any substantive conversation about the art life, perhaps a function of Mona’s almost caricatural naïveté. It’s a relief, given France’s rather discomfiting relationship with the #MeToo movement, that the film at least avoids any sexual entanglement between the two.

The funny thing is that this more or less a comedy. The actors with really ace timing, however (Quentin Dolmaire. recognizable as the young Paul Dédalus in My Golden Days, as Mona’s boyfriend, and Mathis Romani as a boy using Ulysses’ property as his playground), are relegated to the sidelines. Between the deadpan exchanges and a third-act, rapid-fire raising of the stakes, director Sébastien Betbeder pays more than a little tonal homage to Wes Anderson. He tips his hat to the king of twee explicitly, too—see, for instance, a self-mutilating character with a tortured relationship to tennis, but also an uncertain diagnosis of a terminal illness and even a New Hollywood sight-gag reference to match Max Fischer’s stage adaptations (a Speedo-ed trespasser asks Ulysses if he’s ever seen The Swimmer). The budget, alas, appears not to have allowed for a music supervisor: the disco-punk band we’re subjected to in one key scene plays painfully out of tune.