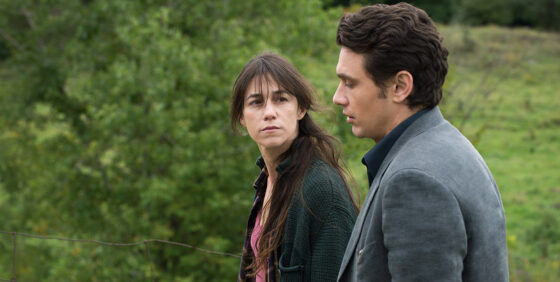 Once numbered in the same company as Rainer Werner Fassbinder and Werner Herzog as masters of the New German Cinema—and still counted a Master by TIFF—Wim Wenders has long since plummeted from the position of art-house reverence he earned with works like Wings of Desire (1987) and Paris, Texas (1984). Every Thing Will Be Fine may be taken by some as evidence that the director has completely fallen off his rocker, while others may hope that it’s just another misstep before he reclaims his former glory—but this piece of trash is enough to shake anyone’s faith in Wenders’ future. The Montréal-shot film is an overheated melodrama about the long-term consequences of a tragic accident in which an author (a pouty James Franco) runs over a young boy playing in the snow; as the years pass, Franco, the boy’s mother (Charlotte Gainsbourg), Franco’s girlfriend (Rachel McAdams, Canadian content), and, eventually, the boy’s brother (Robert Naylor, more Canadian content) try to recuperate and move on. The irritating, perpetually moody score and cheesy yet disconcertingly thought-out attempts to use the 3D format for the purposes of an intimate melodrama have nothing on the almost shockingly wooden delivery of the trite script. If this was simply a bad film, it wouldn’t be remarkable, but Every Thing Will Be Fine is downright strange. Some of the visual choices really feel like conscious decisions to do something interesting with the format, but the strain is palpable and the subject matter is handled embarrassingly, leaving us with pure hackery—a disposable Lifetime flick full of misplaced ambitions from an uninspired, has-been talent.