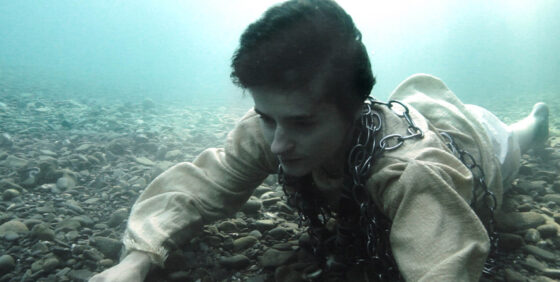 The eternal rebel still has fists in his pocket. In his most recent films, Marco Bellocchio has challenged some of the central pathologies of Italian 20th-century history, including the Aldo Moro case in Good Morning, Night (2003) and the rise of Mussolini in Vincere (2009). Unfortunately, in the quirky and rather bizarre Blood of My Blood the director rebels only against the laws of logic.

Blood of My Blood is composed of two separate stories located in the director’s northern hometown of Bobbio, since 1965 the backdrop for most of Bellocchio’s films. (Bellocchio has also organized summer film workshops there for young directors). It is also partially a period piece: the first story is set during the 17th-century Italian Inquisition, where young novice Benedetta (Lidiya Lieberman) is condemned by the community as a witch for seducing her confessor, who in turn committed suicide. The late monk’s twin brother (Pier Giorgio Bellocchio) arrives to apply the requisite trials to the guilty woman, but also succumbs to the girl’s charms. He’s unable to protect her from her fiery fate, but the film doesn’t end at the stake—instead, the narrative shoots ahead to the present day, where the monastery plays host to an entirely different cast of characters, including a vampire who dreams only of retirement.

Where the first story is all empty metaphysics and pathos, the second plotline has a sense of humour: it’s an ironic vision of Italy as a modern madhouse where healthy fiscal receipts are a “magical pass” to happiness. Bellocchio connects these halves through a shared theme—the impossible love between two outsiders—and in both time periods identifies the mechanisms that restrict individual freedom in the name of authoritarian political or religious dogma. The connections are apparent, but forced; the attempted cinematic blood transfusion does not flow smoothly, and the film winds up in agony, along with its audience.