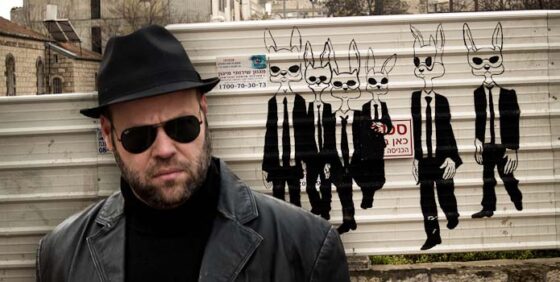 Avi Nesher (Once I Was, Secrets, Turn Left at the End of the World) is one of the most successful film makers in Israel. Mixing easy-to-digest stories with a classical style and casting well-known Israeli comedians and television figures, Nesher’s formula has proven to be a winning one, at least in terms of the box office. The Wonders continues with this approach, but taking a somewhat riskier turn by attempting a bit of genre hybridization, adding an atmosphere of classic Hollywood noir to its story of a Jerusalem graffiti artist (Ori Hizkia) and his connection to a mysterious rabbi (Yehuda Levi) imprisoned in an apartment by his devotees. Jerusalem serves as a surprisingly effective backdrop for this detective story that ultimately makes little sense. For some unknown reason, Nesher opts to make the childish graffiti paintings come to life through animation, and this rather infantilizing touch combined with ever denser layers of ideas and storylines makes the film rather incoherent at times. That said, this very confusion makes The Wonders the most interesting film Nesher has done in years.