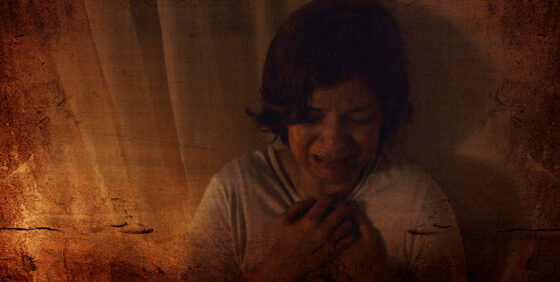 Brillante Mendoza began his turn towards genre with Kinatay, which was a perfect mixture of social commentary and genre atmospherics. Sapi moves a step beyond, into explicit horror-movie territory (the plot deals with demonic possessions), but as with the earlier film Mendoza demonstrates that he only understands genre when it is strongly linked to naturalism—so once again, we have long takes, natural lighting, washed-out colours and a constantly moving camera. And as with all of Mendoza’s films, Sapi also ventures into social criticism: the immoral drive for success by the creators of a TV news program is punished by none other than by the devil; the main character is a reporter who steals a tape from a rival company and is punished for it, spectacularly, while Mendoza demonstrates his own will to go further with a grotesque detail shot (it won’t be described here) that feels like a sick act of self-coronation. Mendoza’s combination of horror, extreme realism and explicitness has brought him to a dubious place: I can understand the money shot, but it’s harder to excuse a scene where he slows things down to show exactly what happens when a dog gets hit by a car. At this point, Mendoza has mixed up several ideas: realism, genre filmmaking, and simple sensationalism. And those things don’t mix together very well.