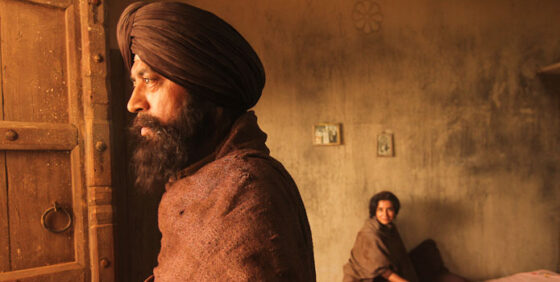 With what sounds like a doleful take on the Game of Thrones theme music playing behind them, Qissa’s opening credits quickly establish the film’s weighty tone, confirmed immediately in the film’s moody first scene, where an aged man questions himself: “What am I? Who am I? What curse have I brought upon myself?” This relentless heaviness unfortunately overwhelms a smaller, personal story at the movie’s heart. Qissa follows Kanwar (played at different ages by Danish Akhtar and Tillotama Shome), a young woman whose father, Umber (Irrfan Khan), raises her as a male because he is desperate for a son after having three daughters. For much of the film, the issue of Kanwar’s gender is treated circumspectly—a reflection of how Kanwar’s family deals with the matter, perhaps, but also a disservice to the character. Qissa is most captivating when it treats Kanwar’s identity dilemma head on; its best scenes are intimate ones that portray the tempestuous inner turmoil wracking its protagonist. In the shadow of such moments, Qissa’s outlandish aspects—most egregiously, a supernatural twist in its third act—feel like an evasion of its own best qualities.