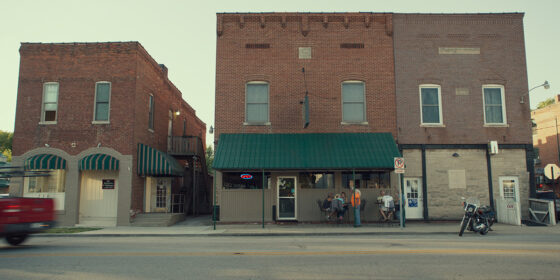 At the end of the screening of Monrovia, Indiana in Venice, a young man approached Fred Wiseman and told him, “Maestro, your films will be understood in 20 years.” Wiseman, laughing, replied: “I wanna be there!” It is not a joke, but maybe the closest thing to Wiseman’s idea of ​​cinema that I’ve ever heard. Wiseman is after the desire to be contemporary, the ambition to write and rewrite an endless novel about the human being, to fix this complexity on film once and for all. Monrovia, Indiana is only one of the infinite paths of this universal book, but it incorporates all the others. It’s a typical Wiseman move: returning to one of the many internal lines of his work (for example, Meat and Belfast, Maine), and at the same time writing a new chapter of a grander history.

So the new chapter is set in the title town, which is set against miles and miles of blue skies and yellow cornfields gently touched by the wind (and less gently by dangerous fertilizers), which open the film and slowly become a sort of atmospheric leitmotif. Monrovia: churches, guns, stores, barbers, tattoo shops, farm machinery, weddings, gyms, food (so much food), and the 90% white oversized middle class who discuss for hours where to put the new library benches or where to build a new ramp, very worried about stopping the rising population and to protect the community. All in the name of God, of course. And, in case of boredom or unhappiness, priests inform us during weddings and funerals that God has destined for Monrovians a special abode in the highest heavens. There is nothing to worry about, unless you have problems with Freemason ceremonies and declarations of loyalty to the Lodge (and here comes Twin Peaks: the woman of the strain, the dazed Native in search of his origins, the sheriff…); or with a priest who takes a funeral oration for a narcissistic performance, which is, by the way, one of the most desperate and poetic endings Wiseman has ever shot.

Is Monrovia a place without a soul? Wiseman, who shoves everywhere and observes everything with his usual mix of humour and astute political criticism, eventually finds small traces of humanity where they seem to have disappeared, and this is still the first goal of the incomparable beauty of his ongoing opera.