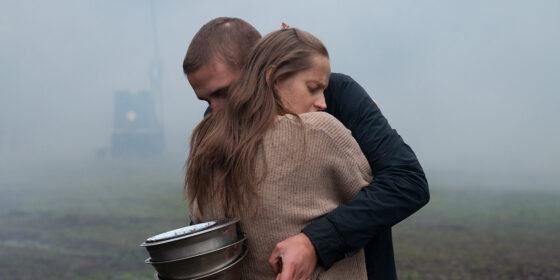 The notion that work is rarely depicted with seriousness in the cinema has at this point become a truism, but few narrative films make it their bread and butter as much as Core of the World does. An affecting character study of a lone-wolf veterinarian at a kennel for hunting dogs in training, it demonstrates the mental and physical toll of labour, particularly in a workplace fraught with unrelenting power struggles between men. The brouhaha of locked-up canines and their rough keepers warrants a busy camera that hews very close to the subjects, with the smart exception of one especially dour scene.

Natalia Meshchaninova joins the likes of Kelly Reichardt and Agnieszka Holland in contributing to the emergent eco-thriller subgenre, marked here by a stark soundscape and a poetics of suspicion framed by a range of ambiguous interpersonal relationships. Like Night Moves and Spoor, Core of the World gladly belies much more interest in human psychology than in hot-topic bioethics; nonetheless, a tension between the characters and their slippery hold on the state of nature is missing. Living out in the woods, the characters’ heightened awareness of being trapped blends too seamlessly with that of the dogs, and an ending in which all are reduced to bare animality becomes woefully inevitable. Russian law may or may not mandate a “no animals were harmed in the making of this film” clause, but there’s little doubt none such applies to actors.