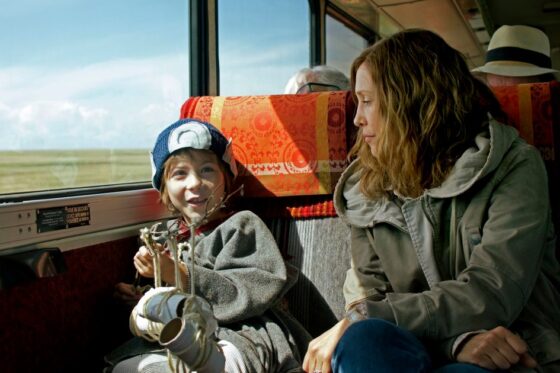 A small tale of a boy’s obsession realized, writer-director Jordan Roberts’ Burn Your Maps is the perfect movie for TIFF audiences who want to do some armchair travelling but don’t want to bother with those pesky subtitles. Albertan visitors to the festival will be doubly happy: the landscapes of their wealthy and beautiful province partly double for Mongolia, which may be a moviemaking first and a future item in the Canadian Cinema edition of Trivial Pursuit.

Why Mongolia? Because Wes (Jacob Tremblay, fresh off of Room), an overly imaginative and lonely boy whose family isn’t over the grief of the death of his six-month-old sister, decides that he was born in the wrong country, and wants to leave America and move to Mongolia. (Oh, Alberta also doubles for America.) Where exactly he got this notion is never clear, but the little guy just won’t let it go. Mom (Vera Farmiga) encourages his fantasies, while Dad (Marton Czokas) is the Realist and thinks his kid needs help.

Guess who wins? Faster than you can say “Ulan Bator,” mother and child are off to Mongolia (some of the movie was actually shot there too), accompanied by a goofy Indian filmmaker whose involvement in all of this is too ridiculous to report. Complications ensue, reaching their zenith when Farmiga is seen stumbling down a dirt road dragging her roller luggage and carrying a baby goat. Burn Your Maps: just your typical Albertan movie.