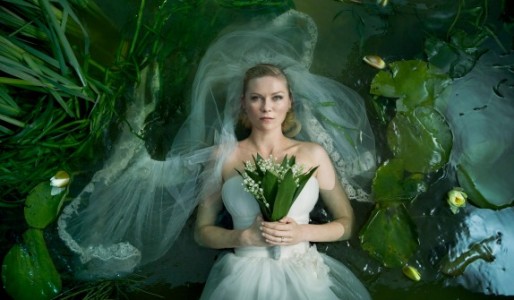 “The purpose of provocations is to get people to think,” declared Lars von Trier in Stig Björkman’s documentary Tranceformer—A Portrait of Lars von Trier (1997). By those standards, the provocation von Trier masterminded at the 2011 Cannes Film Festival, which, in reference to the concomitant Dominique Strauss-Kahn affair that monopolized the television sets in the Palais, metastasized into what Manohla Dargis termed “L’affaire LVT,” failed miserably. In the aftermath of von Trier’s rambling comic riff, which his publicist referred to as a “Lenny Bruce-style routine which bombed,” neither the aging Danish enfant terrible nor the festival which feigned outrage at his remarks managed to appear either credible or dignified.

Von Trier has always had a rather tenuous relationship to public relations. His so-called “provocations” are usually promotional tools that toy with self-sabotage, and it’s certainly no coincidence that Justine (eventual Cannes Best Actress winner Kirsten Dunst), the protagonist of his new film Melancholia, is employed at a PR firm. In the farcical pseudo-controversy initiated at a dull point in the Melancholia press conference, von Trier and the Cannes brass performed what began to seem like preordained roles with varying degrees of ineptitude. Von Trier highlighted his buffoonish tendencies by responding to a question about his German roots by impishly claiming that he felt slightly “sympathetic” to Hitler and ribbing Susanne Bier, the Danish-Jewish director he once employed at Zentropa, his production company. The questioner, however, appeared to be referencing an interview von Trier gave to Film, the magazine of the Danish Film Institute, in which he confessed to having “a weakness for the Nazi aesthetic.”

Content to dig himself into a hole for the delectation of the international press, the garrulous director insisted, “But come on, I’m not for the Second World War…I am of course very much for the Jews. No, not too much because the Israelis are a pain in the ass…OK, I’m a Nazi.” Bizarrely enough, Gilles Jacob and Thierry Frémaux managed to anoint von Trier with a peculiar sort of gravitas by declaring him “persona non grata.” During a festival that honoured Jafar Panahi and Mohammad Rasoulof, bona fide Iranian non-persons, the ostracized Dane, despite his mediocre film and frivolous statements, became a cause célèbre in his own right, at least as far as the editors of certain disgruntled journalists were concerned. (Like many journalists covering Cannes, I was urged to report on the uproar; the day after the initial brouhaha, I showed up at von Trier’s luxury hotel in nearby Mougins where he spouted a series of ritualized apologies to successive roundtables.)

If anything serious can be extracted from these sophomoric hijinks, it might be a discussion of the political legacy of German Romanticism, which von Trier impetuously linked to a fascist tradition. Before taking a stab at that task, however, it needs to be said that von Trier probably doesn’t have a genuinely political bone in his body, and is certainly no more a putative “fascist” director than he was a supposed “leftist,” or “anti-American” director at the time that Dogville spurred on a similarly unilluminating contretemps. Of course, ever since the release of his first feature The Element of Crime, von Trier has paid explicit homage to Andrei Tarkovsky, and the placement of some of the most famous leitmotifs of Wagner’s Tristan and Isolde alongside some vaguely Tarkovskian imagery in the “overture” to Melancholia makes one wonder if the melancholy Dane is aiming at some hybrid version of conservative modernism—perhaps a fusion of Tarkovsky and Syberberg at his most florid.

The problem is that, despite his professed admiration for modernist masters such as Tarkovsky and Antonioni, von Trier will always be the most vacuous kind of postmodernist. A talent for visual pastiche served von Trier well in early features such as The Element of Crime (1984), an enjoyable assemblage of noirish themes with a strikingly expressionist visual palette. But his efforts to tackle Big Themes in subsequent films consistently degenerate into artistic elephantiasis. Melancholia’s grandiloquent “overture” is a case in point. Although there’s certainly superficial virtuosity in the digitized tributes to the Pre-Raphaelites, Gregory Crewdson, and Brueghel that set the stage for the apocalyptic proceedings, the overall achievement seems to be more akin to a superlative job of photoshopping than anything approximating the more nuanced artistic reveries of Tarkovsky or Antonioni.

Truth be told, the best thing about Melancholia is its title. In an era where pop therapy abounds, true melancholy and its affinity to beauty needs to be rehabilitated—and of course differentiated from the more banal categories of “mental illness” and “depression.” In a pivotal phase of German Romanticism exemplified by Novalis’ poetry, the quintessentially melancholy category of “longing” is linked with a quest for the “unattainable.” Yet there’s also a tangibly utopian element to Novalis’ melancholy, personified by his dictum, “All representation rests on making present that which is not present.” Or as Max Blechman puts it in his essay “The Revolutionary Dream of Early German Romanticism,” “the Romantics’ pantheistic faith points to how art and religion are fundamentally one and the same activity. For is not art the desire to see the real in the ideal, to enliven the ideal behind the real, to transform unconscious idealism into conscious idealism—and is this not done through faith in the ideal?”

Despite von Trier’s fetishization of certain residual elements of late Romanticism—particularly Wagner’s concern with the transcendent power of fusing love and death—there is none of the communitarian fervour that imbued the work of political Romantics such as Blake and Shelley in Melancholia. All that is left in von Trier’s bloated take on The Day the Earth Caught Fire (1961) is facile cynicism. Melancholia’s central narrative kernel in the film’s first part—the fractious preparations for Justine’s marriage to Michael (Alexander Skarsgård), her boss’ son—comes off as an inferior variation on themes culled from Thomas Vinterberg’s Dogma film The Celebration (1998). After this monotonous rehash of dysfunctional family dynamics, the film swerves into more fanciful territory as Justine feuds with her sister Claire (Charlotte Gainsbourg) and contemplates the impending collision of “Planet Melancholia” with Earth. Claire’s husband, John (Kiefer Sutherland), a reasonable type who doubts that the end of the world is near, is lampooned as a rationalist stooge.

A well-known depressive himself, von Trier apparently identifies with the plight of the lugubrious and sexually promiscuous Justine. But, despite his efforts to create a heroine who is not a masochistic victim (i.e., the protagonists of Breaking the Waves [1996], Dancer in the Dark [2000], and Dogville) Justine’s clichéd closeness to nature, especially horses, makes her, in the final analysis, just another stock female character.

Von Trier’s parody of the Wagnerian Gesamtkunstwerk in Melancholia, as well as his ostensibly tongue-in-cheek obeisance to a “Nazi aesthetic,” also go a long way towards contextualizing the disparity between his appropriation of Romanticism and the revolutionary tradition of the 18th-century Romantics. As Theodor Adorno observes in In Search of Wagner, by the time an insurrectionary Romanticism congealed into the Wagnerian Gesamtkunstwerk in the 19th century, a retrograde emphasis on the poet/composer as individualist seer, instead of a prophet of community, became evident. Adorno subtly demonstrates how Wagner’s superficially avant-gardist ideal actually became commodified and foreshadowed the 20th-century phenomenon of the “culture industry.”

On a more pedestrian level, similar contradictions have fuelled von Trier’s career. His seemingly anti-bourgeois provocations, whether deemed “progressive” or “reactionary,” merely serve to conveniently situate his brand of art cinema within the confines of a profitable, if prestigious, tributary of the global culture industry. The fact that the world ends with a pleasurable whimper in Melancholia is highly appropriate; even the final conflagration turns out to be an over-hyped non-event. If Wagner’s gorgeous music can still trigger at least a simulation of ecstasy, von Trier’s films, even when propped up with the trappings of scandal, can only inspire a hearty shrug.

Posted in CS47, Festivals, From The Magazine, Spotlight