Richard Porton/CS48, From The Magazine, Spotlight 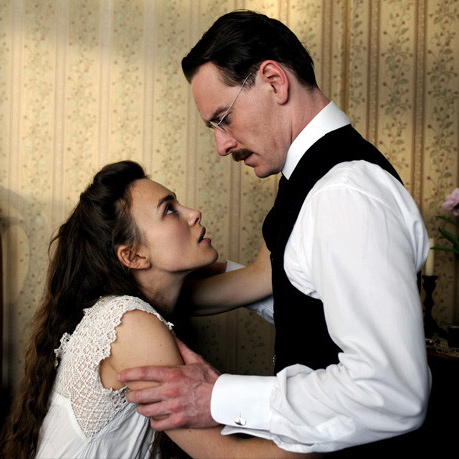 The title of Russell Jacoby’s 1983 polemic, The Repression of Psychoanalysis, suggests that the radical implications of the Freudian tradition have become muddled in an era where nothing seems more safely middle-class than a session on the couch with the shrink of one’s choice. In evoking a juncture at the turn of the 20th century when psychoanalysis still seemed subversive and a riposte to bourgeois complacency, David Cronenberg’s A Dangerous Method, with its curious tone pitched between placid costume drama and the threat of domestic horror, also seeks to rehabilitate the “talking cure” as a radical, even potentially incendiary, concept.

Inspired by John Kerr’s A Most Dangerous Method, a study of the complex relationship between Carl Jung, his patient (and mistress) Sabina Spielrein, and Jung’s mentor, and eventual adversary, Sigmund Freud—and more directly based on screenwriter Christopher Hampton’s play The Talking Cure—Cronenberg tackles one of his favourite themes: the toll exacted by sexual repression and the danger, as well as frisson, of shedding the weight of such repression. Just as these themes were delineated with the aid of generic horror tropes in Shivers (1975), A Dangerous Method reveals the emotional violence that bubbles below the surface of Hampton’s witty repartee.

It’s no secret that intellectual controversies often escalate into verbal sparring that mimics actual warfare. From the outset, the theoretical challenges posed to young Dr. Jung by the beautiful and brilliant Spielrein’s bout of “hysteria” (the Victorians’ favorite diagnosis for troubled women) take on a quality that is almost as feral and uncontrollable as the effects of those notorious parasites in Shivers. When the Russian-Jewish Spielrein (Keira Knightley) arrives by coach at Dr. Jung’s (Michael Fassbender) Zurich clinic in 1904, she might as well be the reincarnation of Jane Eyre’s madwoman in the attic. Yet as we soon learn, she’s sophisticated and erudite—as well as the intellectual equal of her rather stuffy doctor and mentor.

Spielrein’s journey from apparent lunatic to autonomous woman (and eventually to a career as a distinguished analyst in her own right) encourages Cronenberg to impose a deceptively restrained classical style (large swatches of shot-reverse shot) on feverish subject matter. The film mixes genres so unobtrusively that it’s barely noticeable. As the origins of Spielrein’s physical and psychological symptoms gradually emerge, we are lulled into believing that Cronenberg is dispassionately preoccupied with an intellectual detective story: locating the source of the patient’s trauma (a struggle with painful, as well as pleasurable, memories of her father’s beatings) and moving on to a satisfyingly dramatic “abreaction.” Yet when Jung plunges into an affair with Spielrein (professional ethics were less codified in the early days of psychoanalysis), a brief shot of the besotted doctor engaging in sadomasochistic sex with his corseted patient resembles an outtake from a Liliana Cavani film. The uptight analyst’s surface rectitude is unmasked with one succinct image.

For those of us who prefer Freudian rigour to Jung’s proto-New Age wooliness, it’s heartening that Viggo Mortensen’s portrayal of Freud is endearingly complex. If Mortensen’s cigar-puffing Freud at times seems inordinately stiff (perhaps reinforced by the fact that Hampton’s script has Jung accusing him of “rigid pragmatism”), he’s at least witty. Although Freud’s initial meetings with Jung are cordial, there are certainly intimations of their epochal rupture. When Jung claims not to understand why the Viennese psychoanalysts are vulnerable to criticism because of their Jewish origins, Freud terms his friend’s demurral “an exquisitely Protestant remark.” In Cronenberg on Cronenberg, the director remarks that his parents, who celebrated Christmas, “invented their own version of what it is to be Jewish.” The same could well be said of Freud, a defiantly secular Jew, whose claustrophobic, cluttered home presents a sharp contrast to Jung’s relatively palatial digs.

The contradictions of what the sociologist John Murray Cuddihy once termed the “Jewish struggle with modernity” come to the fore with the film’s bemused consideration of Spielrein’s infatuation with the Ring cycle and Siegfried, Wagner’s virile Teutonic hero. Hampton and Cronenberg dramatize Spielrein’s own emotional outpourings to Freud in her letters, particularly a missive in which she links her affair with Jung with their mutual love for Das Rheingold. Curiously enough, the near-mystical fusion of love and ecstasy that Spielrein describes has a distinct affinity to the “oceanic” consciousness explored by Jung in his later writings. Yet Wagner’s music transports her to a realm that is far from comforting; she maintains that such an “infinitude of thoughts rushes in that I can barely make any headway.” In Cronenberg’s film, however, Freud’s pragmatism, whether rigid or not, surfaces when he scolds Spielrein for falling for Jung, a “blonde Siegfried” who personifies Aryan smugness. Of course, even though Freud consistently proffers the best arguments in the film, Fassbender’s compelling performance makes Jung a considerably more sympathetic figure than his smugness deserves.

Some all-too-brief sequences featuring the radical Freudian Otto Gross (Vincent Cassel) offer a fleeting glimpse of a near-forgotten strand of psychoanalytic history. As Jacoby observed, Gross’s career reflects an era when the psychoanalytic movement’s “links to bohemianism, art, and politics still flourished.” Cassel, with his open shirt and sardonic manner, portrays Gross as something of a lovable scoundrel. Scorning monogamy, Gross insists that “for a neurotic like me I can’t imagine anything more stressful.” If, for Jacoby, Gross exemplifies a radical current repressed by subsequent generations of mainstream psychotherapists, Cronenberg seems to view the pot-stirring radical (like a cuddly Mephistopheles, he convinces Jung to initiate an affair with Spielrein) with considerably more skepticism. It’s of course not surprising that the director of Shivers feels ambivalent towards a figure with such contempt for the ill effects of repression. Cronenberg, who ostensibly believes that a modicum of repression is vital for the maintenance of society, implicitly allies himself with the Freud of Civilization and its Discontents. And, in Cronenberg on Cronenberg, disdain is heaped on Norman O. Brown, the ‘60s countercultural avatar of “polymorphous perversity”: “Even old Norm had some trouble when he tried to figure out how that kind of Dionysian consciousness would function in a society where you had to cross the street and not get hit by a car. How does that all-enveloping sexuality work when you’re just walking down the street. It’s tricky!”

Towards the end of the film, a strikingly clunky sequence proves surprisingly effective. As Jung and Freud approach New York harbour and they prepare to disembark for their famous American visit, a Manhattan skyline and Statue of Liberty transparently conjured up by bluescreen technology provides the setting for a famous exchange in which Jung observes that the US is the embodiment of “the future” and Freud muses that “we have brought them the plague.” It’s an almost Marnie (1964)–like moment in which the audience feels unsure whether such blatant artificiality is an embarrassing gaffe (no doubt engendered by budgetary restraints) or an aesthetic coup de grace. Fortunately, the oneiric quality imparted by this strange interlude (which ends quite abruptly since no further American escapades are forthcoming) is entirely appropriate for a film suffused with the protagonists’ troubling dreams. Given these echt-European figures’ skeptical view of America, it’s also fitting that a rather bungled special effect renders the Manhattan cityscape strangely chimerical. And, since Freud and Jung would have undoubtedly recoiled in horror if they could have forecast how classical psychoanalysis has been replaced by psychobabblish “self-help” and instant therapies in North America, it’s just as well that “the future” is depicted as suspiciously blurry and generic.