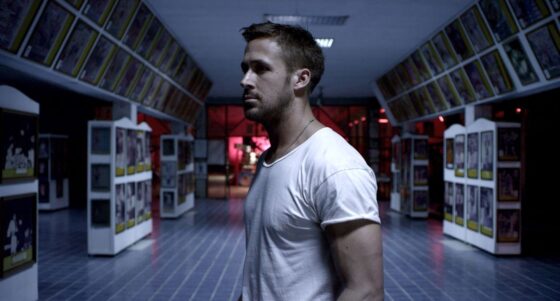 Handcuffed to Ryan Gosling in the nightmare that is my home city, let me walk you through the checklist.

Elephant: Yes.  Eastern mysticism: Yes. Muay Thai: Yes. Monks or monk-like figures: Yes. Nocturnal Bangkok in the claws of neon light, in a lesser-Lynch lurid trance: Yes. Flummoxed foreigners lost in a labyrinth: Certainly yes. Prostitution: Naturally yes. Tawdry bars (in this case twinkling little karaoke bars): Yes. We can probably count a few more. Never mind that these “exciting” qualities (I’m avoiding the word “exotic”) are not very exciting to anyone who lives in this sticky Third World Lost Angel-is—it’s always instructive to watch ourselves being watched by visiting filmmakers, parachuting in to soak up the dripping sweat and unleash the demons in their characters.

I’m referring, of course, to Nicolas Winding Refn’s Only God Forgives, which was hated at Cannes, but I could also be talking about Todd Phillips’ moronic The Hangover Part II (2011), which was hated everywhere. And while all the flak that burst immediately after the Cannes screenings at Refn’s Oedipal gore-fest and high-trash hollowness may not be far off the mark, there’s a certain perverse fascination in the way Winding Refn pushes the catalogue of Orientalist fantasies to its hellish extreme. Despite all the hairy debacles that befall Bradley Cooper, Ed Helms and Zach Galifianakis in The Hangover Does Thailand, the film is still a tourism brochure with a promise of splendid squalor. Seeing OGF, unsuspecting foreigners would change their destination to Pyongyang.

I have no idea whether it was through crafty design or pure chance that Winding Refn plunged into the cesspool and emerged with this unforgiving vision of the Siamese capital. I’m not sure if he’s lost inside the exotic trap or if he’s meditated his way through the tempting veneer of the city (with the help, surely, of many Asian films). Contextually, what Winding Refn is doing here is far from new. Following the bloody exploits of Julian (Ryan Gosling), an American man out for revenge after his brother is murdered by a monk-like ex-cop who wields a samurai sword, Only God Forgives fully exploits those simplistic dualities that appeal to Western writers/filmmakers who shallowly dive into the riddle of Southeast Asia: mysticism vs. carnality, spiritual fatalism vs. aphrodisiacal seduction, “Buddhist” serenity vs. infernal criminality. The crudest wing of this pitches temples against brothels, as in Hangover Part II, or in the countless paperbacks written by foreign authors who publish in Bangkok, often featuring murders and bar girls. With slight tweaks, we have The Beach (2000), with its phony hippie-apocalypse on a paradise island, or the little-seen (and not worth seeing) white-girls-in-prison drama Brokedown Palace (1999), or the 2008 Nicolas Cage version of Bangkok Dangerous (American-produced and directed by Hong Kong’s Pang brothers).

This view of Thailand in particular and Southeast Asia in general as a homicidal siren, a hellish amusement park full of bodies writhing in either ecstasy or agony, is of course skin-deep in the way most Third World titillation is, or in the way tourism is. But it is only when the tension is pushed to the political, metaphysical, or historical extremes that we begin to see a glimpse of the genuine danger, of unforgivable sin, through what academics call the post-colonial lens (or as I prefer, the post-Vietnam War one). Southeast Asia is all pain, with no redeeming pleasure, to visitors who underestimate this region associated with cheap sex and omnipresent smiles.

In that spectrum, we have something along the lines of Conrad’s Malaya-set Almayer’s Folly (and Chantal Akerman’s 2012 adaptation, relocated to Cambodia), or, the ultimate (and also Conrad-inspired) example, Apocalypse Now (1979). As signified by those titles, Southeast Asia is where all Western arrogance and delusion ends, defeated and devoured by the mysterious local forces they are unable to comprehend. Now while I haven’t lost my marbles to the extent of suggesting that Only God Forgives could match (Buddha help me) the existential gravity of those specimens, it’s quite amusing to see Winding Refn setting out in that direction. By making Bangkok a surreal nightmare, Winding Refn portrays the city as a hole where wounded foreigners come to nurse their guilt, only to find that it is in fact a penal colony in which the punishment meted out by gods, demons, or any other brand of supernatural being, is not as forgiving as in Western religions, or as these rice-eating Buddhists are supposed to be.

God forgives, karma doesn’t—or Bangkok doesn’t. OGF’s eccentric strategy is to both literalize and hyper-stylize that idea. Julian and his carnivorous, racist mother (Kristin Scott Thomas) are on a somnambulant vacation when they set themselves up against Chang (meaning “elephant”), the violent Buddha who, instead of converting runaway bandits as in Buddhist lore, subjects them to blood-soaked damnation and digs up their buried skeletons. In Chang (played by kendo instructor Vithaya Pansringarm), Winding Refn unites that enchanting Asian duality of nihilism and tranquillity in a single figure. It’s a transparent trick, but I have to admit it’s compelling, to an extent. Even repentance cannot alter the preordained fate of the Western innocent abroad; in the film’s final moments, Julian becomes a student waiting for the sadistic headmaster to cane him. It’s not justice, it’s karma—and while the view that the latter is more just than the former is so primitive, so reprehensibly Orientalist, Winding Refn embraces it with such sheer confidence or blind folly that he gives his film an appropriately balls-out lunacy.

Cutting across this conceptual literalism is OGF’s maddening visual extravagance; the zombie-chic Gosling and his interminable slo-mo locomotion are why most critics at Cannes cursed the film and why a few dug it. Winding Refn’s early films are as tough as nails, but his recent drift towards spacey head-trip has yielded mixed results. With his palms still perspiring from his neon dream of Los Angeles in Drive (2011), the Dane turns Krungthep (that’s “Bangkok” in Thai, “city of angels”) into a hallucinatory dungeon because, I suspect, he somehow wasn’t confident about his ability to give the place the same kind of tangible reality he achieved with that other angelic city. His exterior shots are uninspiring, anonymous, and he takes cover under the blanket of the phosphorescent night, compensating for his imaginative lack by appropriating these far more controllable interior spaces, in which he pushes the stock images of Bangkok over the edge: the brothel looks skewed and sterile, the Muay Thai ring a trippy den, the alleys ghostly, and the karaoke joints, well, let’s say it’s time to send thank-you flowers to Apichatpong Weerasethakul and Pen-ek Ratanaruang (who have a richer sense of humour).

That OGF offers no emotional involvement is a point of frustration, though it’s also inevitable. That it is superficial is a given. It’s clear that Winding Refn’s plan is to drug us into transcendence, into the eerie plains of Valhalla Rising (2009). He wants this film to levitate, but it doesn’t. Instead, it’s the subterranean hum and pervading sense of dread, and most of all, the director’s delirious conviction that Bangkok is a torture chamber running on karma, that keep the film’s motor running, purring, stuttering.

One can’t help but spot the irony. If Bangkok specifically or Southeast Asia in general is where blinkered Western arrogance ends (according to Western artists), is Winding Refn unwittingly/inevitably putting his neck in the noose too? Even Coppola almost didn’t wriggle away from the snare when he made the Philippines into his Vietnam. Karma pursued OGF to the guillotine of Cannes, but the view from the Bangkok gutter believes it lets Winding Refn slip off by a hair’s breadth due to his stubbornly nutty delusion—and by his siding with karma in the first place. He may have done a lot of things wrong, but Winding Refn is right about one thing: Bangkok is hell. Foreign filmmakers beware.