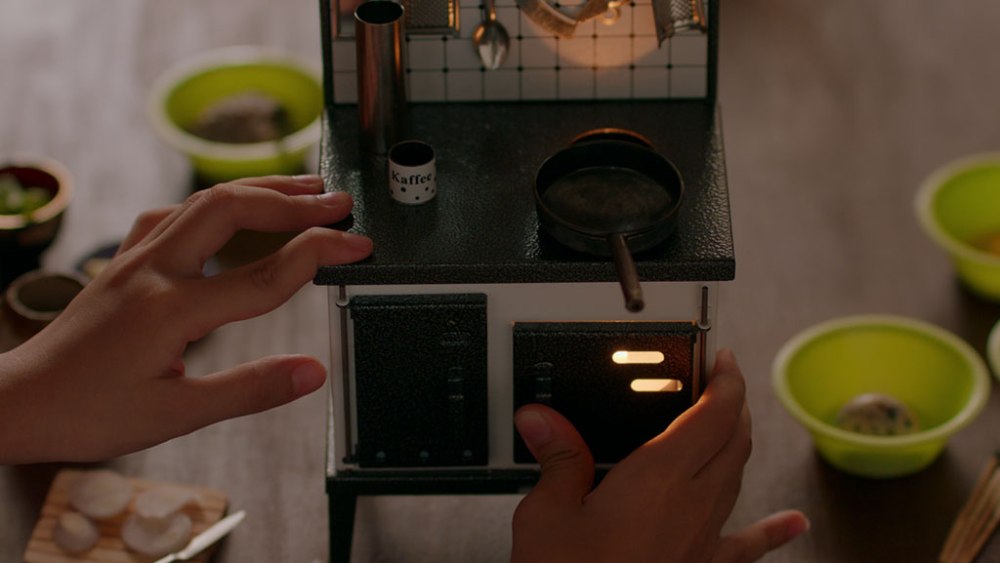 Why is it that, when destined for adult audiences, narrative films about children so rarely accord their diminutive protagonists the privilege of inhabiting a world of their own? Place a child at the centre of a film, and type will frequently take hold, dictated by the law of genre: either he is a wide-eyed innocent, a seer faced with the horrors of the world that reside beyond his comprehension, or she is a deviously evil soul, ready to wreak havoc. Either way, the child is an interloper in an adult universe, a screen onto which to project all the grown-up desires and anxieties that organize the film. Too often, any attempt at picturing the complicated strangeness of children, let alone the strangeness of the world as it appears to them, is abandoned in favour of something altogether more legible to our aged eyes. And when it does happen, it can easily slip into a nostalgic sentimentalism.

There are exceptions, of course, and Shireen Seno’s Nervous Translation is one of them. This subtly conceptual film, at once playful and sad, is above all concerned with what it feels like to be a child. Seno gives cinematic form to how people, objects, and events appear to Yael, a shy eight-year-old who lives alone with her mother in the Philippines. Nervous Translation goes light on plot to focus instead on unfolding Yael’s private world, following her invented rituals and obsessions, and capturing her relationships to language, media, and make-believe. Seno’s attention to the idiosyncratic habits of childhood is so precise that it possesses an almost Proustian power: if I were a more confessional writer, I would relate in detail all the objects, quests, and schemes from my youth that I, an only child like Yael, had long forgotten until watching this film—all the odd collections and convictions that were at age eight the centre of my life, but which passed into oblivion over time, only to rush back when faced with Yael.

Nervous Translation is largely confined to the space of the home, charting the quotidian passage between boredom, loneliness, and enchantment that the domestic environment inspires in Yael. She does math problems, snoops around, plucks out her mother’s white hairs for cash, watches television, and listens to cassette recordings sent by her father, who has been working abroad for an unspecified but evidently long period. The child has time to pass, not to spend: aside from a little homework, she is unconstrained by the demands for productivity and prosperity that trap lives longer lived. In place of such obligations, a wandering imagination blossoms, enlivening the drag of routine with wondrous fascination. Her reality does not exclude fantasy. Rather, it is one in which a Japanese pen, advertised on TV, can take on the force of a totemic object, and in which annoying cousins can transform into the streetwalking zombies just seen in a film.

One of Yael’s pastimes is cooking miniature meals using real ingredients. With a Lilliputian knife and cutting board, and a tiny oven powered by a tea candle, she fastidiously prepares food: meat stew served over rice that could fit in a teaspoon, the smallest cheeseburger ever. The ratio of effort to result is absurd by adult standards, but Yael proceeds with patience. These sequences might risk being gratingly precious were they not so integral to Nervous Translation’s overall gestures. In the curious collision of actual food and toy cookware, the film offers a concise metaphor for its concern with according the weight of reality to the fancies of make-believe. In these shrunken dishes, Yael finds a domain in which she is not small, but giant; scale is relative, and here the child is sovereign. What would normally be considered a form of domestic labour—the preparation of food—occurs without purpose, simply for the sake of it, as part of childhood’s freedom from necessity.

These petite meals are unfaithful copies, imperfect translations that occur between the world of adults and the world of children. Such flawed reproduction also marks Yael’s second major preoccupation: listening to cassette tapes sent by her father to her mother, presumably at a time when long-distance telephone calls were prohibitively expensive. While occasionally these cassettes are addressed to Yael, they are in large part private missives between husband and wife on which she eavesdrops without necessarily understanding their full meaning or context. Intimations of sexuality and infidelity abound. Yael incessantly rewinds and replays the tapes, parroting phrases and even recording her voice over her father’s.

Nervous Translation understands that although children possess tremendous creativity, it is equally true that we come into the world as copying machines. We are mimetic animals who learn to take up a place in language and social life by imitating others. That children often display fixations on repetition is well known, whether from Freud’s account of the Fort/Da game or, more familiarly, from witnessing the immense pleasure children take in seeing the same film or hearing the same story over and over again. To repeat is to tame, to master—or at least to attempt to do so. Through audio recording, Yael seeks to connect to her absent father and comprehend the adult relationships that shape her environment. Yet in her engagement with the boom box, as in so much of Nervous Translation, her understanding of the world around her remains partial at best. Vague intuitions swirl without ever resolving into knowledge—a state she shares with the viewer.

The events of Nervous Translation take place in the late ’80s, during the time of the People Power Revolution, a series of mass demonstrations that brought a peaceable end to Ferdinand Marcos’ 21 years of dictatorship after evidence of electoral fraud. Hints of this political context lurk at the edges of the film: in one shot, a yellowed newspaper from 1972 is glimpsed, reporting the imposition of martial law, while elsewhere television news shows fragmentary images from the turmoil, including Imelda Marcos’ immense closet of shoes, abandoned at Malacañang Palace after she and her husband fled to Hawaii.

It is unsurprising that these episodes are pushed to the margins. They matter little to Yael; after all, she has a magic pen to find. What eight-year-old would be interested in regime change? To her, these mediatized intrusions into the home are but part of the general din of grown-up life. More significant is the fact that none of the film’s adults remark on them either, whether Yael’s mother Val, her father in his recordings, or the many relatives who visit. Perhaps Nervous Translation’s references to the political situation in the Philippines are mere period markers, there to anchor the story in time along with the VHS tapes and CRT televisions. But their insistent reappearance throughout the film suggests that they are likely something more. If understood as central rather than peripheral, these moments, considered alongside the adults’ relative indifference to them, layer a political allegory over the film’s primary concern with the phenomenology of childhood. Where so many films concentrate on how private lives become embroiled in historical events, Seno focuses on what is undoubtedly more common: those instances when private life seems to continue as usual, indifferent to the warp and weft of political change.

Of course, such detachment from the historical process can only go so far. Nervous Translation concludes with the arrival of Typhoon Unsang, which brings severe flooding. As water rushes into the home—first pictured realistically and then rendered as a miniature diorama recalling Yael’s food preparations—we are left with a final reminder that the intimate worlds of adults and children alike are forever exposed to the power of external forces, whether they realize it or not. The political situation will inevitably shape these lives. The outside always comes in.