Festivals | Berlin: The Forma of Things to Come 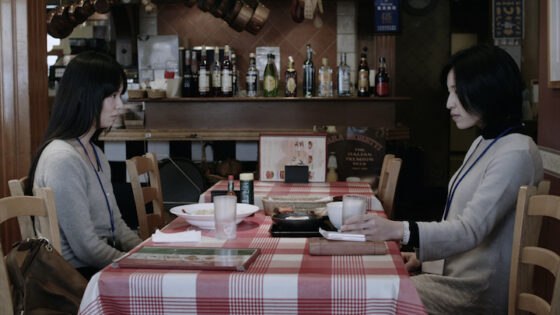 Amongst the certainties of every large festival, three are more certain than the others. One, every large festival shows many bad movies. Second, no two people (unless they’re attached at the hip) see remotely similar lineups of movies and can’t see enough of them to get the truly big picture on the large festival. This leads to the third, which is that no two accounts will be alike, or even trustworthy. So don’t trust this report.

The 64th Berlinale, like all Berlinales, was so large that you never saw people who you knew were there and never saw movies that you were determined to see. The Berlinale I saw contained many bad movies, but fewer than I’ve observed in the past. Maybe good news. Maybe luck. Who knows? Scheduling, or bad luck, prevented me from seeing Richard Linklater’s decade-in-the-making Boyhood; Tsai Ming-liang’s Journey to the West, his latest Walker movie, set in Marseilles; Blind, the writing-directing feature debut of Joachim Trier’s clever writing partner, Eskil Vogt; and the Golden Bear winner, Diao Yinan’s Black Coal, Thin Ice. Mainland Chinese filmmakers have recently been feeling ignored by the larger festivals after having been the flavour of the month, which has now moved on, in the flighty tastes of too many programmers, to outposts like Georgia. Berlinale head honcho Dieter Kosslick decided to pack as many Mainland movies into his competition as possible: along with Black Coal came the vivid official resuscitation of Lou Ye with Blind Massage and Ning Hao’s No Man’s Land, reportedly a tale of greed processed through Leone. A Golden Bear and such exposure inside the Berlinale Palast matters, so maybe this will make the Chinese feel not so ignored. Or not.

Forma, the phenomenal directing debut from former Tsukamoto Shinya assistant Sakamoto Ayumi, seemed pretty ignored—at least there was nobody within earshot saying a word about it—until it won FIPRESCI’s prize for best movie in Forum, which seemed to have a good year. Never mind best movie in Forum; this is the best thing I’ve seen in a while, and I’ll be goddamned if I even quite fully know what the hell happens inside of Sakamoto’s fiendishly precise frames and highly calibrated, long-held shots. Because it world premiered at the Tokyo festival and Sakamoto is an unknown, few in the West were prepared for it, though any proper critic or cinephile anywhere will now have to come to terms with it. Screenwriter (and affable co-star) Nishihara Ryo has constructed one of the densest and most ingenious scenarios in (at least) recent years, built on the basic premise of a formerly insecure high-school gal (Matsuoka Emiko’s Yukari) now able to exact revenge on former queen bee Ayako (Umeno Nagisa) because their social roles have reversed: Yukari is an office manager, while Ayako has sunk to directing truck traffic at a construction site, and meekly accepts Yukari’s offer to become one of her office assistants.

Nishihara’s only gotten started: by the time the second hour of the movie’s nearly two-and-a-half hours kicks in, time has re-wound, new characters have dropped in seemingly out of nowhere (“seemingly” being the operative word here) and narrative structure has received a firm boot in the ass. Sakamoto stages it all with intense patience and a skill in mise en scène that’s literally frightening: Forma is able to express a manner of invisible terror that makes most horror movies look bloodless. The collaboration with Nishihara is seamless, a jointly created chess game dissecting old Japanese manners of repressed emotions, new technologies feeding paranoia and the habits we have for reading a shot and scene—habits that may lead us astray. Something new is happening here.

Berlin’s Forum usually makes you forget most of the Competition, and edition 64 was no different. In Between Worlds, writer-director Feo Aladag’s supposedly “gritty” but hopelessly predictable Afghanistan drama, drifted from the mind even before it was over. The minor History of Fear, showing a series of scenes of Argentine bourgeois getting scared of something just offscreen, should have traded positions in the festival lineup with Forma. Stratos, directed by Yannis Economides and written by a five-member team including Greek producer Christos Konstantakopoulos, begins with an Elmore Leonard-flavoured humour and savagery in its story of a tired hit man who gradually begins to realize he’s getting screwed; but then, it just simply runs out of gas. Aloft was scaring some Berlin watchers off by the notion of Peruvian writer-director Claudia Llosa working in English-speaking Canada with stars like Jennifer Connelly and Cillian Murphy. It was weirder and also not as bad as anticipated, but not as weird or as effective as Llosa’s second movie, the Golden Bear-winning The Milk of Sorrow (2009).

And then there were the Germans. Nobody should expect a repeat of an annus mirabilis like 2011, the year of Dreileben and Ulrich Koehler’s Sleeping Sickness, which in turn came off a fine 2010 with the likes of Thomas Arslan’s In the Shadows. This year, though, will be remembered as a mess.

Over in one corner, the über-serious Stations of the Cross (from sibling filmmaker partners Dietrich and Anna Brueggemann), depicting the tragic fate of a girl with the misfortune of being born into a family devoted to the ultra-conservative Society of St. Pius XII, all framed in a set of 13 “panel” shots mimicking Jesus’ crucifixion and resurrection. The Brueggemanns mean to make a movie that will stick to the bones, but they want to have it both ways with matters of faith: obviously contemptuous of the religion’s extreme repression of (hormonal) feelings, yet willing to suppose that their young heroine is a genuine miracle worker and a Christ-like being.

In another corner were odd, irrelevant entries, such as Beloved Sisters, Dominik Graf’s well-paced but hopelessly TV-style saga of poet Friedrich Schiller’s love of two sisters, and a little nothing called Jack that played like a fourth-generation facsimile of a Dardennes movie. Over in Panorama was an unpleasant surprise: writer-director Benjamin Heisenberg has proven to be one of the most compelling of the post-Berlin School filmmakers with Sleeper (2005) and The Robber (2010), but his new work (co-written with Josef Lechner) with the poor English title of Superegos is an unfunny, tone-deaf buddy comedy pairing an aging, internationally acclaimed philosopher with a dumb book thief. Maybe Heisenberg and co. needed to get something out of their system. Now, get back to real cinema.

The Forum’s interest in the in-between movie continued robustly. The selection ranged from the distanced approach of Nadege Trebal’s lovingly conceived Scrap Yard to Mehran Tamadon’s conversation-starter Iranian, in which the atheist filmmaker invites four men from Iran’s Islamic elite into his vacation home for a scintillating weekend debate, and loses. Johannes Holzhausen’s witty The Great Museum is indebted to Fredrick Wiseman but is, shot like an expensive feature narrative and is no less than the second movie in three years about Vienna’s Kunsthistorisches Museum. Fiction movies steeped in docu-realism abounded, such as Turkish writer-director Melisa Onel’s promising feature debut Kumun Tadi, and the saddest movie I’ve seen since maybe the last Ozu I watched: Nagima, directed with Bressonian discipline by Zhana Issabayeva.

The Forum’s dedication to classical non-fiction cinema might be best represented by Jean-François Caissy’s characteristically elegant, wistful and observant La marche à suivre, an emphatic throwback to the good old days of the NFB. Caissy has now made a firm case for himself as Québec’s leading documentarist: his previous La belle visite (2009) looked at an old folks’ home with a perfectly balanced sense of compassion and Olympian regard, and the same sensibility governs the new work, capturing a full year from winter to fall of a provincial secondary school. Caissy trusts his images to suggest a host of ideas, from the ways in which kids will always play and work outside the lines regardless of the rules applied by genuinely caring adults, to modern education’s dubious systems of control and regimentation. His still shots fixed on the faces of kids—some naughty, some nice—meeting with school counsellors are the kind of image-sound constructs that cinema aspires to, and rarely achieves.