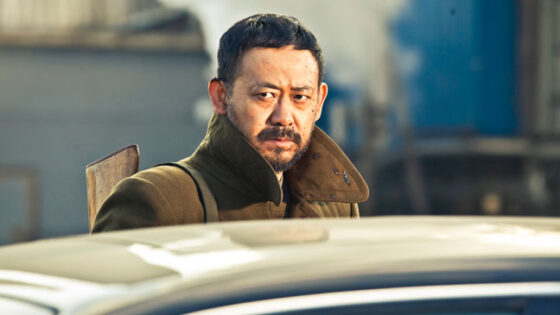 Jia Zhangke is not an artist who normally trucks in anger. In an era when film criticism and programming have been steadily shifting away from a focus on nationalist tendencies, led by filmmakers who’ve become globalized along with the rest of us, Jia has maintained a steady bead on his native Mainland China (which was why the Thailand segment in his 2006 documentary Dong came as a kind of shock). Throughout his astonishing growth into one of the greatest living directors, his attitude has remained one of reflection mixed with despair, immediately expressed in Xiao Wu (1997) and Platform (2000) as, first, an in-between doc/drama on social deprivation, alienation, and crime, and second, as epic autobiographical road movie. Never once with Jia—unlike perhaps some of his other Sixth Generation peers and colleagues—has the viewer had the sense that his aversion to expressions of all-out anger stemmed from fear of censorship. His sheer command of the medium and the methods he’s chosen, the overwhelming and undeniable sense of a freely orchestrated cinema erasing the perception of outside pressures (recalling such artists in censorious climates as Elem Klimov during Brezhnev’s Soviet Union and Sohrab Shaheed Saless during the Shah’s Iran), has never prompted the question: When is Jia going to tell us what he really thinks?

A less disciplined and nuanced filmmaker might have turned the tragic conclusion of The World (2004) into a bitter, vitriolic jeremiad, just as a less thoughtful observer of Jia’s generation might have twisted his lovely, sombre, and cool account of aimless youth in his native Shanxi Province, Unknown Pleasures (2002), into a violent attack on the establishment. Despair, when rendered by an artist like Jia, hits at a register that’s both precise and yet can’t be exactly measured or even described. The most extraordinary quality in Jia’s cinema is his liquidity, in which events dissolve from one thing into another, characters and figures enter and exit, places come and go, storylines emerge and extinguish, even as there’s no exact spot at which the viewer can mark the change. Useless (2007), a masterpiece of the in-between film, has this morphing, shifting, dissolving quality throughout, and so does his new film, A Touch of Sin, which can easily be read as the first time that Jia has delivered a full-throated yell of anger.

That reading is too simple, however, which I realized as I watched it multiple times over the course of days in Cannes—from groggy semi-wakefulness in the first, jet-lagged viewing to well-rested concentration in subsequent viewings. Nobody in Cannes anticipated that Jia would surpass Nicolas Winding Refn’s Only God Forgives for explicit onscreen violence, but he did, and the film’s body count, as well as an opening sequence starring Jiang Wu as a bitter, well-armed mining factory official who’s had it with the corrupt crop of local elites in charge—plus the way he delivers in a way that would make Charles Bronson blush—leaves an opening impression of pure bile in the form of choreographed gun and knife play.

The cockeyed prelude is pure action-movie stuff: Jiang’s Dahai, complete with a duster straight from the House of Leone and calmly tossing a piece of produce while observing an accident, crosses paths on motorcycles with Wang Baoqiang’s Zhou San, who has calmly dispatched three bothersome punks with a few blasts of his rifle. It’s a set piece for things to come, but because we can’t ascribe motives or reasons for any of the action, it comes off as absurd, a kind of Chinese horse(power) opera, flirting with farce; as well, the film’s English title cheekily flashes back to the heyday of another popular genre in its punning invocation of King Hu’s 1971 wuxia  masterpiece A Touch of Zen. The motives emerge later, but Jia is sending out an early signal that his film is directed from and for a cathartic response, and as we observe his four characters across four segments—roughly traversing a geographic line across the Mainland from north to south and through the seasons—they operate out of gut instinct and momentary impulse. The contemplative young intellectual artists of Platform are long gone—or likely, by now in the new China, have sold out—and in their place are desperate people doing what they need to do to survive, whether it’s Zhou’s migrant worker finding his only power lies at the end of a gun in the film’s shortest segment, Dahai’s misplaced but emotionally understandable methods to right past wrongs, the lethal self-defense tactics of Xiao Yu (Jia’s perennial muse, Zhao Tao), or the equally lethal self-destructive impulses of young Xiao Hui (Luo Lanshan, in a striking debut).

This foursome embodies the twin themes of A Touch of Sin: Wealth leads to animality, and mobility is an illusion. Part of what makes Platform a great road movie is the dawning realization that the process of the journeying develops and matures the art of Jia’s troupe of travelling players. There is no such possibility in A Touch of Sin: Dahai is able to get around the sprawling territory of the mining operation, moving freely on his motorcycle, and getting in the face of whatever high official he seeks to toss fresh insults and accusations at, but he’s mercilessly stuck in an industrial maelstrom, which Jia elegantly details with views of hulking steel structures that dwarf anyone near them. Dahai’s greatest release, and certainly his most heroic act, is to blow away a farmer who has been repeatedly beating his old cow: one beast of burden liberating another. In the following segment, Zhou is in transit on the Yangtze near Three Gorges Dam (recalling the riverbound characters of Jia’s 2006 Still Life), but is even more stuck than Dahai—misunderstood, utterly alienated, reminiscent of Antonioni’s blue-collar workers (as is Xiao, whose actions in the final segment directly quote from the suicide at the end of Antonioni’s Il grido [1957])—though endowed with a similar (and more skilled) proclivity for firearms. Zhou San’s and Xiao Yu’s experiences in A Touch of Sin mock the notion of travel enhancing the promise of better prospects: Xiao’s failure to secure her hopes for marriage leads to an anti-Pilgrim’s Progress, as she travels south, leading to a shitty brothel receptionist’s job and a parade of nasty customers who receive the sharp end of her chosen weapon.

Although Jia makes a great deal in interviews of how the four stories are drawn from reported cases in recent years across the nation—and international viewers will glean as much from Xiao Hui’s tale, following widely reported cases of worker suicides at factories in the southern region’s “free enterprise” zones—A Touch of Sin plays contrary to a torn-from-the-headlines dramatization. Its conception is full of highly theatrical and deliberately artificial conceits that do everything possible to draw one’s attention from a recognizable “reality.” Animals from the zodiac, most memorably a large snake that slithers past Xiao Yu on a road like a very bad-luck charm, make regular appearances; a theatrical ensemble intrudes on the proceedings like the troubadours in The Seventh Seal (1957), making a final statement in front of Xiao Yu and her fellow audience members on the nature of sin; the leafy-green wallpaper of the brothel is the same as the graphic backdrop to the film’s credits, one of numerous explicitly interconnected images that tie the four sections together into a continuous picture.

Some dislike Jia’s occasional forays into “unreality,” which he engaged in rather aggressively in The World and in the final “science-fiction” moments of Still Life, preferring instead his more direct confrontations with social reality in films as various as Xiao Wu, Useless, 24 City (2008) or I Wish I Knew (2010). But A Touch of Sin, rather than auguring a new, “angrier” Jia, suggests an adventurous new strategy of melding the Mainland China of the news—such as the wave of ultra-luxe hotels and resorts catering to (especially) wealthy men seen in the fourth episode—to a heightened theatricality veering toward satire. In one of those hotels, where Xiao Hui has landed a job, the female staff dons faux-military uniforms for a sexy march designed to attract the male clientele. As with the workers of The World, these women work at playing dress-up in elaborate fantasies for deep-pocketed customers, but now the tone has turned more sinister—and funnier. If Jia has a comedy in him, A Touch of Sin may be its precursor.