The Decade in Review | Olivier Père

Olivier Pere/CS42, The Decade In Review 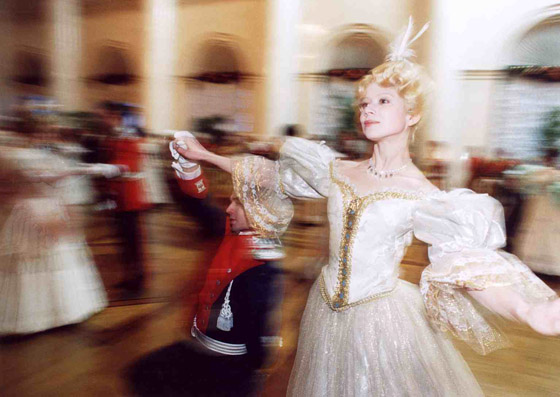 The last great master, in the Viscontian sense of European cinema. And one of the great digital artists, endowing digital with a Proustian impact. His films raise issues about preservation (of History, Art) and memory. I could equally well cite his magnificent film The Sun.

Verhoeven makes at least one great film every ten years: after Flesh+Blood in the ‘80s and Showgirls in the ‘90s, and now, in the first decade of the new century, Black Book. He’s like a latter-day Robert Aldrich, an anachronistic monster still in fighting form.

Tarantino’s best film to date (although Inglourious Basterds is a delectable popularisation of his more experimental vein), Death Proof remains the most radical and original American film of recent years, even and especially in relation to Tarantino’s previous films, which I have never found completely convincing.

A meteoric and sublime film.

Our Beloved Month of August by Miguel Gomes (2008)

A tremendous film of cosmic dimensions, one that deals with a multitude of subjects and tells many stories but is about only one thing: life. It recalls the hedonistic masterpieces of Jean Renoir, to whom Miguel Gomes, after Jacques Rozier and a few others, is the new heir apparent. Gomes succeeds in making a highly structured film, whose mise en scène can encompass the unexpected, the accidental, and the simply human. According to Gomes and his crew, when making the film, everything that could go wrong, did so: casting problems, lack of funding, backing that disappeared… The actual shoot took place in two phases. In 2006, Gomes set off with a minimal crew and a 16mm camera to start filming in the heart of the Portuguese mountains. It soon became clear that nothing was working out as planned and shooting was halted, due to lack of money. Filming, under rather more normal conditions, resumed a year later when financing finally arrived. This two-step experience of shooting and scripting is finally revealed in Our Beloved Month of August: a documentary about a region and its inhabitants, a melodrama (in the strict sense of the term, thus, in song) about family histories and impossible love, and the comic section of the film within the film. The result is magnificent, enhanced both by the adventures of its making and Gomes’ artistic approach, with a very subtle and gradual slippage from documentary to fiction. The shooting of the film becomes a collective adventure, taking on the feel of what the director calls a “communist film.”

With two official films (but God knows what else he’s hiding from us), Honor de cavalleria (2006) and Birdsong, Albert Serra has established himself as the finest cinematic discovery of the new century’s first decade, because his work is so completely unpredictable, sassy, and inspiring. Serra reinvents, solely through the force of his inspiration and determination, not a new way of making films, but the oldest, the most appropriate, the freest.

Portuguese filmmaker Pedro Costa’s fourth feature In Vanda’s Room, right from its earliest screenings, has become a kind of manifesto of modern, contemporary cinema, a truly “clandestine” masterpiece, at times intimidating in its formal magnificence, and yet also tangible proof of the urgency and power still possible in a form of cinema that is free, uncompromising, political and poetic. Cinema is all about encounters. Pedro Costa set himself up with a DV camera in Fontaihanas, a slum in the Lisbon suburbs, spending months filming Vanda, her sister Zita and a few others who are living in a state of almost total destitution and poverty. Vanda spends most of her time taking drugs, arguing with her sister, working in a paltry part-time job. The film has little to do with documentary, damning reportage or ethnological recording. The maniacal framing, compositions, the camera’s relentless fixity, bear witness to both a concern for absolute stylisation and total attention to the slightest accidents of reality. In Vanda’s Room is a work of art in which life burst into every shot. A punk heir apparent to Straub and Ozu, a bridge between a silent cinema aesthetic and the possibilities offered by digital in terms of light and running time, Costa is filming not so much despair as the resistance of a small community, forgotten by all, that survives in a kind of self-sufficiency, amidst getting high, dealing and prostration. Enclosed in a tiny room with his heroin-hungry heroine, Costa rediscovers the raw energy of early cinema, and revives the evocative power of a recording art. Blocs of images and time, Costa’s films do not seek to illuminate destitution, but rather to glorify the pride and rebellion of the have-nots, through an intensified realism and observation that opens up magical perspectives, close to voodoo trance.

As Memories of Murder intimated, The Host confirms that Bong Joon-ho as the best Korean filmmaker of his generation, and a story-teller of genius, able to reconcile in a single film the narrative and visual qualities of the work of William Friedkin, Sergio Leone and Steven Spielberg: political satire, monster movie, family melodrama, disaster film, in complete control of all these ingredients. The young Korean director succeeds in making the kind of popular, intelligent, moving, personal and spectacular film that Hollywood or Cinecittà might have produced in the ‘60s and ‘70s. In addition to The Host, I’ve liked a number of other science-fiction films of recent years Steven Spielberg’s War of the Worlds, Matt Reeves’ Cloverfield, Frank Darabond’s The Mist, Zack Snyder’s Dawn of the Dead and Watchmen. But none of them achieves the emotional impact of The Host.

A filmmaking approach that is pure recording of the world to take us into what is both an almost hallucinatory viewing experience and a metaphysical reflection on humanity. The youngest and wildest of the great modern filmmakers.

Over the past decade Eric Rohmer (1920-2010) has made a perfect trilogy of period films, in contrast to the subtle explorations of French society, its modalities, youth and language that he undertook in previous decades. The moral tales, the comedies and proverbs, the tales of four seasons, all are ethnological journeys through contemporary France.

With these three historical masterpieces, Rohmer turns to the past—although he enjoys getting all the linguistic and historical details right for the periods concerned—but these films are also demonstration of some of his theories about film in general and his own films. For Rohmer, classicism is modernity. He proves this with L’Anglaise et le Duc, a film that combines a story of counter-revolution with an aesthetic drawn from the great masters of silent cinema, (Murnau, Griffith) along with the use of digital and composited sets. Like Pedro Costa, Rohmer does not use digital for its manageability (it was Rohmer, who, before all the others, had worked out how to film so nimbly on 16mm) but for its fixity. Digital does not add extra naturalism, but instead an additional pictoriality. Rohmer is a compositional director, and the values of his shots recalls those of silent cinema and painting. With Triple Agent, Rohmer comes close to two directors he always admired but whose influence was not obvious in his own films: Hitchcock, and above all, Lang. This story about a couple and espionage, love and lies, combines history and conjugal suspense with a relentless sense of tragedy, and a darkness unusual in this filmmaker. This stupendous film turned out to be one of the director’s rare commercial and critical flops. Following two very dark films, the luminous Amours d’Astrée et de Céladon is final proof of Rohmer’s modernity—even when he’s making a scrupulous adaptation of one of the longest novels in French literature, Honoré d’Urfé’s l’Astrée, a pastoral romance published in the 18th century and set in an imaginary 17th century Gaul. The film’s eroticism and sensuality, the glorification of the beauty of youthful flesh have nothing salacious about them but once again underscore the pictorial qualities of a filmmaker who has been too long associated with wordiness and filmed dialogue.

I could of course add other major films to this list, already published in Cahiers du Cinéma, such as Ingmar Bergman’s Saraband, Jean-Claude Brisseau’s Choses secrètes, David Fincher’s Zodiac, Terrence Malick’s The New World, Wes Anderson’s The Life Aquatic with Steve Zissou … It would be redundant to point out that thanks to the creative ebullience of new directors from all over the world, the magnificent perseverance of the great masters (Oliveira, Chabrol, Im Kwon-taek, Straub-Huillet) and the self-destruction of the false values so widely promulgated at the end of the 20th century, this new century’s first decade has given me greater cinephilic pleasure than the ‘80s and ‘90s.

Posted in CS42, The Decade In Review