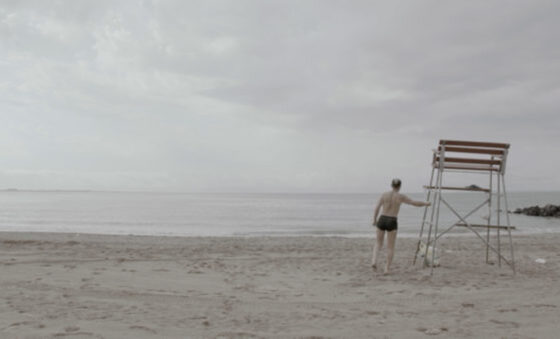 It is, it seems, the End of the World as We Know It. Forty-two years after R.E.M. wrote the West’s definitive apocalypse-now anthem, the song’s essentially optimistic subtext has become even more sharply double-edged; its parenthetical proviso can be interpreted as much as a sign of denial as resignation, a means of keeping any anticipatory psychic torment at bay. This may be why those most convinced of the existence and impending effects of climate change can sound as cozily disengaged as the ones who laugh or scoff it off, if not even more so. If we take the scriptures (via Morrissey) at their word that in the midst of life, we are in death, et cetera, then a failure to fully acknowledge—and, accordingly, to act—on all those highly educated guesses about our foreshortened collective lifespan is the ultimate in it-is-what-it-is fatalism. Dot dot dot…and I feel fine.

Toronto filmmaker (and 2018 Guggenheim Fellow) Brett Story’s The Hottest August is yet another in a series of end-is-nigh nonfiction features to complement the fictional likes of First Reformed (2017) or Geostorm (2017). (Even the last two Avengers films, built narratively and thematically around the battle for resources, got in on the eco-horror act.) Earlier this year, another local, Jennifer Baichwal, in tandem with her usual compatriots Nick De Pencier and Edward Burtynsky, captured the richest cash prize in Canadian cinema for Anthropocene: The Human Epoch (2018), an epically scaled portrait of epochal decay transmuting the shock-and-awe spatial dynamics of Burtynsky’s photographs into a more informational documentary format.

As an aesthetic flex, Anthropocene is undeniably impressive, and yet as a spur to action its beauty works at cross-purposes. Viewed in a magisterial procession, its manufactured landscapes have a narcotizing effect, a comfortable numbness that reminded me of Edward G. Robinson beguiled by a soothing widescreen presentation as he’s euthanized late in Soylent Green (1973), a movie that imagines New York City circa 2022 as a parched, socioeconomically stratified hellscape governed by self-interested elites and powered by unofficial but unmistakable slave labour.

We’ve still got three years—and one Trump re-election cycle—to go before we can vote responsibly on the prophetic aspects of Richard Fleischer’s vision, but Story’s film, which was shot in New York in the summer of 2017 (circa, just for the record, The Running Man [1987]), suggests at times that the gap between documentary and (science-)fiction is too narrow for comfort even as it eschews the kind of heightening, Burtynskyan imagery that might more easily cinch such a juxtaposition. Less rigorously conceptual than Story’s The Prison in 12 Landscapes (2016)—which ingeniously eschewed shooting in carceral institutions to focus instead on nominally liberated outdoor settings nevertheless affected by America’s prison-industrial complex—The Hottest August could be described as a kind of free-form city symphony. Wandering through the city with cinematographer Derek Howard, the director queries residents mostly about their fears about a future that, from the film’s mercury-rising title on down, is implied to be rushing up to meet them (and us) whether we’re ready or not.

One way to think of Story’s project is to literally put a human face—lots of them—to the anxieties abstracted and concretized in Anthropocene. The Hottest August is a more philosophically polyglot and cacophonous film than Baichwal’s, owing to the fact that its subjects are just as apt to talk around what the project is actually “about” as engage with it head-on. Story doesn’t overtly prod or coach her interviewees, whose garrulousness provides the director and editor Nels Bangerter with plenty of raw material to sculpt their material multi-directionally. It’s too limiting to simply say the film is about climate change, whether in the sense of literally shifting barometers or the quasi-ecological conceit of “something in the air” that wafts through our Trumpian zeitgeist. What’s being measured is the efficacy of our internal defence mechanisms in the face of countless, intersecting forms of upheaval, the ways we convince ourselves, against all evidence, of the contingent, deceptively sustaining myth of what the voiceover (performed by Clare Coulter and cobbled together from essays by a variety of literary luminaries) ruefully identifies as “the new normal.”

The decision to stage a combination inquiry-slash-exposé about the desultory psychology of contemporary American life in New York is a provocative one, considering the city’s own dynamic mythology and its blue-hued demographics (cf. the utopian vibe in much of Frederick Wiseman’s In Jackson Heights [2015]). In Rachel Lears’ watchably mediocre Netflix AOC hagiography Knock Down the House, NYC is depicted, selectively and rousingly, as no country for old white men, but The Hottest August looks beyond Brooklyn (and Manhattan media strongholds) to indicate a less monolithically progressive ideology. A pair of women whose beachfront residences were decimated by Hurricane Sandy yet resist the idea that they might want to move become negatively emblematic of the curt, can’t-tell-me-nothing attitudes that have been, to paraphrase Manhattan (1979), romanticized all out of proportion in both pop-cultural and journalistic accounts of the East Coast’s most populous city.

Story’s slightly Chris Marker-ish conceit of a series of roving, tangentially connected encounters results in a more touristic point of view, albeit one that avoids literal tourist traps. (In interviews, Story has cited Le joli mai [1962] as an influence, although there are also traces of Sans soleil’s [1983] elusive poetry in the voiceover.) The New York presented by Story is one not frequently seen onscreen, largely devoid of famous landmarks and rendered, if not unrecognizable, than weirdly universal by the camera’s focus on variably anonymous and interstitial spaces. This mild defamiliarization is a deliberate visual strategy to invert the idea that New York exists at an elevated if not elitist remove from the roiling tensions of the rest of the country. The Hottest August offers a different perspective on the matter, hinting syllogistically that if New York seems riven by social, economic, and ethnic tensions, it is not distinct from America as a whole but very much indicative of larger patterns, and that if it’s indicative of larger patterns it’s as good a place as any to take the national temperature.

The Hottest August suggests that the melting pot is simmering. “I’m not a racist,” insists a sexagenarian Italian-American Zumba instructor in a way that suggests precisely the opposite; everywhere something is gaining on somebody. Whether or not the contemporaneous, beyond-the-frame context of the Charlotteville riot manifests as more than point-scoring is debatable, but the featured slices of life add up to a veritable banquet, from ambitious students struggling to enter the workforce to activists swarming the streets to Boomers clinging to their dwindling birthright to hipsters extolling the virtues of a fully automated capitalism. At times, Story belabours the variable parallels (and perpendiculars) of her footage, but, as in The Prison in 12 Landscapes, she’s terrific at locating, rather than forcing, interludes and images that unlock the work as a whole. A sequence featuring a solar eclipse has a spooky beauty that is also deployed, in a movie whose mood is defined by a bristling individualism, to evoke a collective experience—a moment of Zen that is also styled as a harbinger of things to come.

Story has cited Lars Von Trier’s Melancholia (2011) as an inspiration for her own film’s moment of agape, but I thought of the coda of A Serious Man (2009) and its frieze of a community frozen in contemplation of the Heavens—and then of Trump, memed into infinity on social media, gawking at the sky during the same eclipse without sunglasses, a ready-made metaphor for either fearless vision or blinding stupidity. The Hottest August confronts the urban, cosmopolitan, festival-going audience that will inevitably comprise its first (and hopefully not last) wave of reception with its own mirror image: a group of people doing their best to look away from what’s on the horizon while simultaneously resisting the urge to turn that gaze too far inward.