Sing Your Life: Matthew Porterfield’s I Used to Be Darker 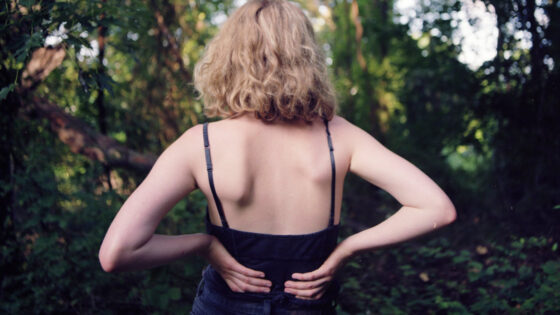 If Matt Porterfield were a basketball player, he’d be the skinny two-guard who curls stealthily off of screens and puts up quality shots, who you don’t even notice has eighteen points until it shows up in the box score. What I’m saying is that the 36-year-old Baltimore native is skilled in a way that’s very subtle—too much so “for his own good,” according to the New York Times. This means that his movies welcome underestimation from viewers inclined to idolize filmmakers with flashier games.

In both the acclaimed Putty Hill (2010) and his new film I Used to Be Darker, Porterfield stages scenes with a self-effacing finesse that runs counter both to the attention-getting gestures of his more careerist contemporaries and the slovenly technique of DIY zealots. (These two factions, it should be said, are united in the work of Joe Swanberg). But Porterfield isn’t staking out the middle ground; rather, his studiously crafted yet spontaneous-feeling productions are outliers in an independent filmmaking ecosystem that feels at once badly overcrowded and curiously devoid of genuine artists.

Porterfield’s style, which is not yet a shtick, is a mix of observational realism and carefully measured dramatic storytelling. His structuring devices are so carefully submerged that his could rightly be called a subcutaneous cinema. Putty Hill, a kind of lo-fi Big Chill starring a pre-breakout Sky Ferreira as one of several Baltimore teenagers mourning the death by drug overdose of a friend, was a rare example of an experimental narrative that downplayed its directorial conceit in order to focus more effectively and affectionately on the people onscreen. Acting as an off-camera interviewer, Porterfield held the (fictional) story of communal grief together while pushing his actors to open up in ways that transcended even the film’s quasi-documentary boundaries. When Jason Anderson compared Putty Hill to the work of Pedro Costa in Cinema Scope 45, he wasn’t (only) being generous, he was picking up on how the younger filmmaker’s combination of asceticism and openness to the moment had yielded something sympatico with a strain of Costa’s work: a humanely scaled portrait of un-colossal youth.

I Used to be Darker isn’t likely to inspire similar comparisons, but it’s still impressive in its own way. Putty Hill was a salvage job after a planned scripted feature fell apart, and so its loose, communal vibe felt as much like a naturally occurring phenomenon as a deliberate strategy. I Used to Be Darker is a script-based film (the screenplay is by Porterfield and author Amy Belk) and as a result has more marks to hit, which it does while still managing to tread lightly. An early scene hints at the movie’s approach: Taryn (Deragh Campbell) argues furiously with a young man at an Ocean City beach party while the camera stays safely on the other side of a sliding glass door. Even though we can piece together the reasons for Taryn distress—she’s pregnant, the guy is uninterested in sticking around, and she’s momentarily estranged from her parents back in her native Ireland—Porterfield’s austerity measures grant the character a sense of privacy-verging-on-mystery.

The characters in I Used to Be Darker are all coping with the things that happen behind closed doors. Taryn’s plan to crash-land in Baltimore with her aunt Kim (Kim Taylor) and uncle Bill (Ned Oldham) is complicated—though at first not totally derailed—by the fact that their marriage is in its death throes. Taryn’s arrival in what is basically an emotional minefield could be the stuff of door-slamming farce, and there is a sort of weary comedy in the way that Bill tries to treat his wayward niece to a nice dinner at a grown-up restaurant before skulking back to the basement that’s his base of operations for the divorce. The overgrown-teenager vibe of his living space stems at least partially from the fact that both he and his soon-to-be ex-wife are career musicians, although Bill has traded in his guitar slinging (though not his guitar) for an office job. Kim, meanwhile, is still committed to gigging, which gives the revelation that she’s taken up with one of her (younger) band mates a little extra string. Kim is worn out from fighting but she works up just enough enthusiasm for Taryn’s arrival to irritate her college-aged daughter Abby (Hannah Gross). The two younger girls are initially happy to see each other, squeezing cozily back into their childhood roles (and, in a cleverly suggestive scene, old prom dresses), but their camaraderie begins to dissolve as Abby’s barely suppressed anger towards her mother manifests itself in an episode of unprompted rage against the innocent intruder.

Campbell and Gross are close friends in real life, and they have a relaxed vibe together that lends a lot of credibility to the scenes of bare-legged lounging and giggling around a moonlit swimming pool that might otherwise play as slightly skeezy. Porterfield lavishes a lot of time and attention on his actresses, but there’s nothing leering in his way of looking; like Matías Piñeiro’s Viola (which Porterfield’s film recalls in other ways, not least in its consideration of the willed marginality of a life devoted to the arts), I Used to Be Darker enshrines its subjects’ beauty in a way that’s entirely disarming. (The presence in an early scene of Adèle Exarchopoulos, fresh from her fluid-soaked flagellations in Blue is the Warmest Color, serves as a reminder of a more aggressive kind of male gaze.) Gross has the smaller but arguably showier role: since Abby is a budding actress, she’s prone to self-conscious displays, whether it’s picking a fight or reciting one of Ophelia’s monologues from Hamlet in an empty theatre with her friends (a selection that rhymes nicely with her nymph-like appearance in the narrative). As both the catalyst for the action and the conduit through which we experience the family’s fractured dynamic, Taryn is more central to the story, but Campbell complicates our identification with her character by giving a smartly passive performance, perfect for a young woman who has taken her situation on like a burden (her backpack is a nice visual metaphor).

The real actorly heavy lifting, however, is done by Oldham and Taylor, and their mutually melancholy performances go a long way towards suggesting a shared history in the midst of being methodically divvied up. In Putty Hill, the characters performed karaoke songs to unburden their souls, and the effect was astonishing: prefab pop standards as a conduit to inchoate feelings. In I Used to Be Darker, Oldham and Taylor (both professional musicians offscreen) sing their own their songs; thus instead of teenagers searching for music that complements their feelings, we have middle-aged musicians—not just the characters, but also the actors—dredging things up from the inside out. Oldham’s small-voiced rendition of a mournful composition after Kim moves her band’s equipment out of the basement is captured in a single shot that suggests the solitude of songwriting; when he concludes by smashing his acoustic guitar against a support beam, it’s a perfectly self-defeating rock n’ roll lifer’s gesture. Taylor gets two songs—one upbeat with a backing band, the other gently tossed off as a coda—and she seems to take some succor from them: the melodies are simple and the lyrics resolute. (The songs in the film are always performed in their entirety, à la Inside Llewyn Davis— a film which, what with its themes of parental anxiety and the barely constrained terror of professional failure, would actually make a pretty good selection for a Darker double-bill partner.)

Porterfield gets a huge assist as usual from his cinematographer Jeremy Saulnier, whose versatility is on full display this spring between the dingy intimacy of Darker and the crisply captured exteriors of his own thriller Blue Ruin (a film that showcases the considerable talent it took to make it with considerably more pride). The nocturnal scenes  here are especially lovely, with characters lit from below via pool lights and strings of Christmas bulbs, which create a sense of uncanny illumination (especially on wet skin). The gracefully elongated framing mostly eschews the extreme close-ups usually associated with movies about quiet characters harbouring private hurts, and there’s always an effort to place characters in their environments, as in the signature image of Taryn, her back to the camera, facing a copse of trees. That spaciousness might seem at odds with a story that’s ultimately about the claustrophobic impact of inserting one more body into a house whose inhabitants are already barely avoiding one another, but it’s also indicative of a filmmaker’s willingness to leave space for the viewer. For such a small film, I Used to Be Darker is comfortably, affectingly roomy.