Josh Cabrita/CS78, Currency, From The Magazine 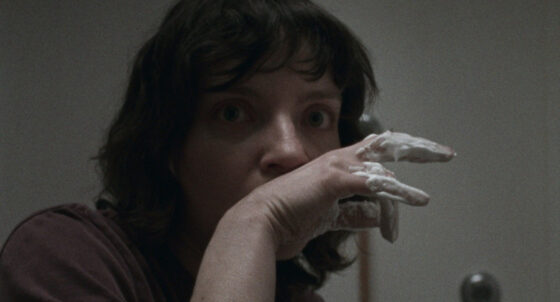 To appreciate the historical scope and layered references of Denis Côté’s Répertoire des villes disparues, we would do well to begin before the film does, at a time when some of the apparitions that haunt Irénée-les-Neiges, the film’s fictional northern Québec setting, would have existed as flesh and bone. Between 1944 and 1959, Québec Premier Maurice Duplessis inaugurated a regime of anti-labour and pro-Catholic politics now referred to as La Grande Noirceur (“the Great Darkness”), which saw a favouring of rural economies over urban industries and state-sanctioned Catholicism over secular forms of governance and education. Along with these publicly enforced prejudices against an increasingly urban, industrialized, and diverse society came an enduring interest in a literary mode that came to be known as the roman du terroir: novels, often romances, that evoked nostalgia for an agrarian community organized around the soil, the Church, and the family.

The establishing shots of Répertoire des villes disparues paint a very different picture of the contemporary small town: a barren landscape of monochrome greys, with remnants of bygone industry (condemned barns, unmanned excavators, abandoned containers) scattered across the wintry expanse. Eventually, a car speeds into the frame and, with a crank of the emergency brake, abruptly veers into a pile of cement blocks on the side of the road. The driver, 21-year-old Simon (Philippe Charrette), is dead, and for a town of 215 (mostly white) people, none of whom look under the age of 20, his suicide comes as a shock to an already precarious system. At the young man’s funeral, the town’s mayor Simone Smallwood (Diane Lavallée) invokes the pastoral clichés of the Duplessis era, stressing the need for solidarity and self-sufficiency in this trying time. “I want to remind you of the strength that drives our community and the harmony that reigns over this fragile but peaceful land…I see the grief on all of your faces. But I also see your resistance, toughness, and even excitement about hanging on and existing.” Sixty years after the death of le Chef (Duplessis’ fittingly authoritarian nickname), his spirit lives on—along, it would seem, with a multitude of other ghosts.

Most of Répertoire’s scenes unfold in relative isolation from each other, which shouldn’t come as a surprise to those familiar with Côté’s earlier films Curling (2010) and Vic + Flo ont vu un ours (2013), also set in rural environments in which sad, listless, emotionally damaged individuals inhabit cloistered spaces of longing. Moving beyond the reclusive settings that define much of his previous narrative cinema, Côté here allows our point of identification to flit between several possible protagonists in a number of culturally significant locations. (One possible reason for this change in approach: while Côté had previously made his films from entirely original material, this one was “liberally adapted” from a novel by Montréal literature professor Laurence Olivier.) As we encounter residents from various generations and social strata in the town’s backwoods, quarry, and ice rink, Répertoire becomes less a portrait of collective mourning than a testament to a persistent, pervasive loneliness that afflicts seemingly every member of the community.

With its rural Québec setting, moribund community, and general air of unease, Répertoire des villes disparues suggests both a superficial kinship with (and a considered response to) the roman du terroir’s most celebrated cinematic analogue, Claude Jutra’s Mon oncle Antoine (1971). Made at the end of the Révolution tranquille, the era of secular reform that immediately followed La Grande Noirceur, and soon after the October Crisis (in which the FLQ kidnapped and killed the province’s deputy premier), Jutra’s film criticizes institutions once crucial to Québécois identity even as it remains very much in the business of nation-building: of establishing a distinct Québécois aesthetic based on the principles of realism on the one hand, and of recreating a national identity, built on secular values, workers’ camaraderie, and myths about the Québec countryside, on the other. (To get a sense of Jutra and Côté’s differing political commitments, one need look no further than the films’ respective opening landscape shots.)

Shot on desaturated 16mm and composed mostly of scenes where characters aimlessly traverse empty, frozen ground on foot or by snowmobile or car, Côté’s film beckons towards the uniquely Québécois aesthetic of Jutra, but also creates numerous lines of flight out of this totalizing, potentially oppressive mode of realism. To begin with, in the days, weeks, or months that follow Simon’s suicide (time becomes increasingly unquantifiable throughout), the town sees an exponential increase in unexplained or uncanny activity. A deer is gutted, with no likely culprit to be found; Simon’s father Romuald (Jean-Michel Anctil) leaves town on a seemingly infinite highway, a road to nowhere. And then, of course, there are the rather provisional-looking ghosts (whose otherworldliness is signalled simply by cloth masks or blank countenances), which first appear to a select few and then begin to multiply at a startling, even comical rate.

Though executed mostly with handheld shots (those ever-reliable signifiers of unmediated realism), these eerie sequences emphasize discontinuity, illogic, rupture—a tactic that aligns the film with the anti-terroir literature of the Révolution tranquille, in which writers like Marie-Claire Blais altered the conventions of the roman de terroir by collapsing time, melding realist and anti-realist techniques, and foregrounding subjectivity in their representations of the past. In a more conservative rendering of the film’s tale, the current state of Irénée-les-Neiges might be used to inspire nostalgic yearning for a time when the town was healthy and unified, an agrarian utopia as contrasted with the community’s contemporary decrepitude. But Côté undermines the mayor’s invocations of such a collective heritage through the aforementioned apparitions, which are referred to as “strangers” but are actually the shades of deceased townsfolk: murdered children, victims of disease, and those whose causes of death remain unknown. Disrupting the otherwise naturalistic surfaces of the film and pointing to the existence of multiple, simultaneous spatiotemporal realities, these spectres refute both the imagined history of this one specific place, and the larger nationalistic ideology of which it is a part.

At the risk of reducing Répertoire des villes disparues to contemporary talking points (as many reviews of the film have already done), we still need to consider why Côté has so systematically recreated, or otherwise alluded to, this provincial history and its corresponding modes of representation. Said by the writer-director to have been inspired by racist reactions to asylum seekers crossing into Québec along Roxham Road, Répertoire des villes disparues engages with fears of an unknown, often Muslim Other—a xenophobia that is explicitly referenced through the figure of Yasmina (Sharon Ibgui), a hijab-wearing, brown-skinned social worker whom the mayor demeans through her use of the second person singular, tu. Just like Blais and Jutra before him, Côté here alters the conventions of the roman du terroir to reconsider questions of national identity at a moment of considerable social change. As Duplessis-era myths are being weaponized against those who don’t meet the criteria for what is “authentically” Québécois, Répertoire des villes disparues makes manifest the collective heritage that nationalists often appeal to. Rather than posit the past as an immaterial ideal, Côté’s film makes the historical foundations of nationhood uncomfortably tangible. This is Québec, its legacy, its numerous attempts to form a national identity; it is a place literally haunted by its past, and Côté refuses to mourn its forthcoming extinction.

Posted in CS78, Currency, From The Magazine