Andrew Tracy/CS55, Currency, From The Magazine 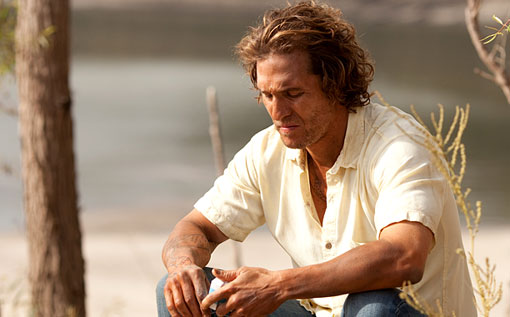 A ways back, in Cinema Scope’s saddle-stitched days, I speculated (à propos Eagle Pennell’s excellent The Whole Shootin’ Match [1978]) on the curious dynamic between regional and “national” (i.e., New York and Los Angeles) filmmaking in the US. The fact is that the majority of successful regional filmmakers do not remain regional for very long, or at the very least not exclusively: quite naturally, those filmmakers who have proven their worth on the small-scale are drawn to the lure of larger resources. Beyond this, however, there are questions of prestige at stake, for very often those things for which regional films are praised also keep them shut out of the higher realms of art, at least in terms of critical rhetoric. “It could almost be suggested that the trans- and intercontinental reach of official national cinema affords its practitioners a metaphysical license implicitly denied the hardscrabble observationism of the regional,” I wrote, “or rather, that regional filmmakers are only granted that licence once they make a dent in the wider consciousness and begin to take leave of the regional ranks.”

If there is any relative truth to that statement, it’s as clear as Mud. The Arkansas-born Jeff Nichols’ first two films, Shotgun Stories (2007) and Take Shelter (2011), were compelling examples of palpable ambition tempered by tightly wound storytelling and closely observed local knowledge. Shotgun’s half-brother blood feud touched on themes that extend from Greek tragedy to Southern folklore and urban mythology, but the film avoided any hint of pretension by way of deadpan humour (e.g., the disaffected fraternal trio who were derisively christened Son, Boy, and Kid by their peripatetic papa) and a resolute refusal to aggrandize or vindicate the violence that gets doled out. Surprisingly, and thankfully, (self-)righteous wrath—that go-to guarantor of “seriousness” for American cinema—had no truck with Nichols’ sympathetic but clear-eyed vision of Southern masculinity.

A conceptual step forward in its visions of an incipient American apocalypse (and an economic one in its so-so CGI), Take Shelter skirted zeitgeist-coasting by way of its intense focus on its protagonist’s determined, tight-lipped struggle to master his encroaching madness. Nevertheless, even as that film’s much-discussed final scene “worked” both narratively and conceptually within Nichols’ overall design, I had the uncomfortable feeling that the attention-grabbing ending was the first thing to be conceived—that the film’s forceful, frightening, but sensitively rendered account of a man coming apart at the seams was a two-hour set-up for this gasp-inducing, Twilight Zone-style capper. Even as he laudably stuck close to his subjects and the respective realities in which they existed, Nichols still betrayed that striving for Bigness—of themes, ideas, and especially of effects—so endemic in both serious and faux-serious American cinema.

With Mud, lamentably, Nichols has now gone whole hog, straining for mythic resonance with the Homeric aids of an increased budget and movie-star metaphysics. And ironically, from the film’s first designated Big Moment in its opening sequence—the surreal-poetic sight of a boat lodged high in the treetops, a down-home riff on the suspended galleon in Aguirre, the Wrath of God (1972)—this striving after singularity yields instead a deflating feeling of sameness. Absent either gimmickry or any radical revision of conventional cinematic aesthetics, Nichols’ first two efforts created the welcome impression that one had not seen these particular films before; Mud, conversely, feels thoroughly, depressingly familiar in nearly every one of its narrative, thematic, and dramatic beats, even if one can’t place a precise predecessor.

That hanging vessel, by the way, is espied on a seemingly uninhabited island by 15-year-old buddies Ellis (Tye Sheridan) and Neckbone (Jacob Lofland), a scruffy pair of Mississippi River rats looking to make it their private clubhouse. However, they quickly discover that it already has an occupant: the affable but mysterious Mud (Matthew McConaughey), who materializes, seemingly out of nowhere, next to the boys’ launch on the beach. As he has unspecified troubles back in civilization—surely connected to the pistol he keeps tucked in the back of his attractively distressed jeans—Mud asks the boys to bring some vittles out to his island retreat. Neckbone is suspicious and unwilling, but Tye quickly develops a powerful curiosity about this unshaven, snaggle-toothed, but strangely romantic hobo-fugitive—not least because his houseboat-dwelling home life with his embittered, soon-to-split parents (Ray McKinnon and Sarah Paulson) puts him in need of a father/big-brother substitute.

More pertinently, however, Mud’s emerging backstory appeals to Tye’s quixotic yearning for the idealized love that his parents’ experience has sadly disproven. Over successive food-supplying trips, Tye discovers that Mud is lying low on the isle waiting to be joined by his on-again, off-again girlfriend Juniper (Reese Witherspoon). Seems she had gotten involved with a rich young bastard, and when a particularly brutal beating cost her the baby she was carrying, Mud—inured to doling out punishment to the ne’er-do-wells with whom Juniper tended to rebound—went out and shot the bastard dead. Fleeing from the bastard’s comparably nasty brother (Paul Sparks), daddy (Joe Don Baker), and their pack of burly bounty hunters, Mud now hopes to use his tree-bound craft to make an escape with his inconstant but immortal beloved. The smitten Tye agrees to help gather up the materials necessary to make the battered boat river-ready, and to act as Mud’s go-between with Juniper, who’s ineffectively hiding out in a nearby motel under the close watch of the rich bastards’ hired guns.

It’s indicative of Mud’s misbegotten provenance that at least one of its raisons d’être—McConaughey, for whom Nichols reportedly conceived the lead role—is tied directly to its conceptual failure. It’s perhaps inevitable that McConaughey would wind up with Nichols at this point in the latter’s ascendant career, as his stardom is to some extent founded upon the fact that he has not effaced his regional roots from his star persona. Yet even as he charmingly traffics in authenticity via that distinctive Texan twang, McConaughey is never authentic as such. As early as his small part in John Sayles’ Lone Star (1996), he’s carried the aura of a man apart (or above), his movie-star bearing granting him immediate access to the realms of the gods, whereas older, non-leading man “authentic”-type actors like Harry Dean Stanton, Chris Cooper, or Sam Shepard—the latter of whom, perhaps inevitably as well, turns up in Mud as the hero’s de facto paterfamilias—can still masquerade as jes’ folks.

Accordingly, in Mud McConaughey, no less than his dowdied-down co-star Witherspoon with her lack of makeup and tarty duds, is supposed to superficially play against his star image—viz. mussed-up clothes, crooked teeth, and propensity for greedily scooping beans out of a can with his finger—even as the film employs that very same aura to take his character into the territory of fable. A backwoods Mowgli—Shepard’s grizzled sage Tom recounts finding him decades back as a pre-adolescent wild child in the woods, sans name or kin—equipped with an arsenal of wilderness survival skills and an array of mystic talismans (a snake tattoo down his arm, crucifixes in the soles of his boots, a wolf’s tooth sewn into the lining of his gleaming white shirt), Mud, derogatory moniker aside, is cut of the same American myth-hero cloth as Hawkeye, Daniel Boone, or Davy Crockett. McConaughey’s ostentatious chipped tooth and whiskers are no more than the thinnest veneer of grime on the visage of a burnished golden god, or at least an impeccably tanned and toned Hollywood star. (To take a Durgnatian detour, imagine if Nichols’ regular leading man Michael Shannon had played Mud, instead of being relegated to a minor role as Neckbone’s eccentric uncle—how much more complex and fascinating would have been Tye’s infatuation were his idol endowed with Shannon’s creepily flat pan, terse anti-charisma, and aura of latent violence?)

Nichols’ double game in Mud (and with Mud) is to seemingly undercut masculinist mythology while ultimately vindicating it. Just as he superficially naturalizes his fable-like narrative via surface realism and funky local colour, Nichols makes a point to intermittently portray his hero as a congenital bullshit artist—“Mud’s a born liar” say both Juniper and Tom at different junctures, a sentiment which an angry and (momentarily) disillusioned Tye lobs at his tarnished hero later on—only to then have him prove his übermensch bona fides in every single situation. And just as he deliberately locates Mud within the lineage of American myth-heroism, so Nichols has him find his apotheosis in the just and judicious use of deadly force. The houseboat shoot-out that serves as Mud’s climax is Nichols’ most dispiritingly regressive move, both artistically and ideologically. Where Shotgun Stories quite movingly attested to the futility of violence, Mud implicitly celebrates its utility: not only do them what deserves it get theirs, but our hero expiates whatever sins remain him and, in a sun-dappled coda, sails off to his Valhalla.

It’s an appropriately groan-worthy finale to Nichols’ wholesale abandonment of his regionally developed artistry for the hollow husks of national myth. Rather than clinging to his precious talismans of pre-fab seriousness, Nichols should rather have taken the advice of another Southern gentleman and killed his darlings.