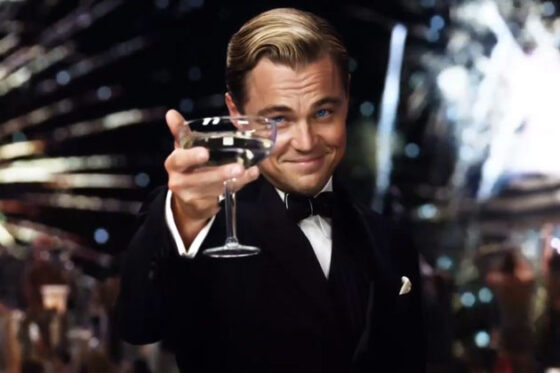 Before it’s even begun, Cannes 2013 is off to a dubious start with The Great Gatsby. Even if nobody really expected this latest version of F. Scott Fitzgerald’s epochal novel to be worthy (of an Opening Night slot or anything else), it doesn’t even manage to be outrageous. For long stretches Baz Luhrmann’s adaptation is no more or less frivolous than Jack Clayton’s opulent early-’70s version, and there’s nothing here on the order of Leonardo DiCaprio taking potshots at a police helicopter in Romeo + Juliet (1996) or Jim Broadbent vamping his way through The Police’s “Roxanne” in Moulin Rouge! (2000). If Australia’s answer to Ken Russell has ever been good for anything, it’s for his willingness to go for the gusto. Yet compared to their forebears in Luhrmann’s filmography, Gatsby’s gimmicks—a 3-D presentation and an anachronistic Top 40 soundtrack—barely elicit a shrug.

That sense of being underwhelmed also extends to DiCaprio’s performance in the lead, which is supposed to be the movie’s ace in the hole. Having spent the first half hour or so building up the fabulously wealthy Jay Gatsby in absentia as The Most Interesting Man in the World, Luhrmann finally reveals his star in a head-on, screen-filling close-up. It gives us a chance to study DiCaprio’s thirty-something features and to look for cracks in the façade, except that there aren’t any. Like Brad Pitt before him, DiCaprio’s handsomeness has hardened and deepened with age (he could have been a good Benjamin Button), and he’s one of the few contemporary movie stars who can convincingly embody a Platonic ideal—in this case, indomitable, corn-fed Midwestern optimism.

Luhrmann shrewdly exploited DiCaprio’s limpidity in Romeo + Juliet, where the actor seemed to channel his own excitement and anxiety about playing literature’s greatest lover directly into the character, and gave an endearingly unguarded performance. (He did the same thing in Titanic [1997], and captured some of James Cameron’s king-of-the-world bravado in the bargain). But in the last fifteen years, as he’s been passed around as an auteur plaything from Steven Spielberg to Martin Scorsese to Christopher Nolan and back again (this fall brings Scorsese’s The Wolf of Wall Street to the door), DiCaprio somehow became the go-to guy for “haunted”: in The Departed (2006), Shutter Island (2010) and Inception (2010), he skulked around in a fog of clouded motives and choked melancholy, trying to put a dent in that preternaturally smooth and shapely forehead.

The purity of adolescent yearning had been infected by grown-up regret, a shift that could be taken as a sign of a star’s “maturity” if not for the fact that DiCaprio’s acting suffered in the transition. Where certain of his contemporaries have had no problem taking their art to darker places—Joaquin Phoenix, for instance, has taken up permanent residence there—DiCaprio always seemed like he was trying too hard to plumb the depths, both his characters’ and his own. The performances reeked of effort, and if this pungency was at times aromatic—as in Django Unchained (2011), which was basically DiCaprio Unbound—the transformation of an uncannily natural actor into an undisguised striver was dubious cause for celebration.

This sense of trying too hard is actually perfect for Jay Gatsby, a chronic pleaser whose every entrance is rehearsed and whose every gesture is affected. And yet for whatever reason (my guess is that his director was preoccupied with picking just the right Lana Del Ray track to sum up nouveau-riche ennui) DiCaprio seems strangely lazy here, as if coasting on the sheer inevitability of the casting. It’s not so much that a more ferocious take on the character was called for as that the strident artificiality of Luhrmann’s mise-en-scène, with its computer-assisted zooms over the Gold Coast and digitally enhanced period décor, requires some solid flesh-and-blood ballast to keep from feeling like a Penguin Classics RPG. DiCaprio might have mined a vein of self-reflection and juxtaposed Gatsby’s rapidly evaporating mystery with his own overexposure, but instead he seems content to simply serve as a prop, hitting his marks and furrowing his brow with efficiency and not much more. 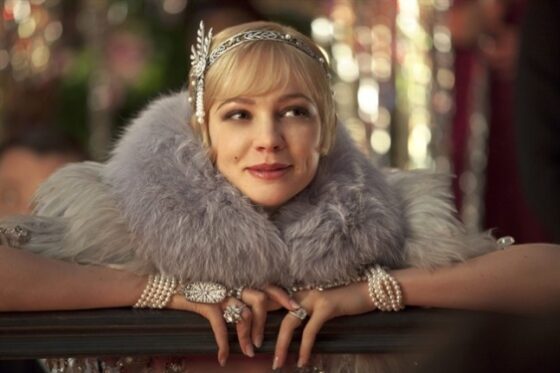 It might have helped if DiCaprio had been playing opposite an actress who could force him to raise his game, but Carey Mulligan is by now a young veteran of dragging entire movies down with her. DiCaprio’s entrance as Gatsby is at least well-prepared; when Luhrmann unveils Mulligan’s Daisy Buchanan behind a series of billowing white scrims, it’s as if he’s trying to hide her, and for good reason. In order for Gatsby to work onscreen, Daisy has to be an ephemeral charmer, an obscure object of desire who could consume a man as expansive as Gatsby whole. But suggestive is not Mulligan’s forte, as was painfully obvious during her failed one-take showstopper in Steve McQueen’s Shame (2011) (“New York, New York” never sounded so long and dull). In Moulin Rouge!, a pre-Kabuki mask Nicole Kidman was at least passably exotic as Ewan McGregor’s spangled muse; Mulligan’s attempts at bubbly free-spiritedness keep going clump-clump all over Luhrmann’s soundstages.

As Nick Carraway, Tobey Maguire doesn’t do much more than wistful reaction shots, and he captures very little of the wry, rueful intelligence that peeks through Fitzgerald’s first-person prose. What makes The Great Gatsby such a compelling read is its sense of embedded perspectives: Nick is an author surrogate, but we’re also cued to measure the distance between his unqualified adoration of Gatsby and Fitzgerald’s own measured ambivalence. That last word is simply too many syllables for old Baz, whose eagerness to luxuriate in period textures is no more or less callow than Michael Bay’s high-end strip-club largesse, except that Pain and Gain, crummy though it mostly is, at least goes all in on its hyperbole. Enough critics remarked about the Gatsby-ian tenor of the scene in Spring Breakers where James Franco’s Alien urges his companions to “look at all [his] shit” that it scarcely seems worth pointing out the parallels, except to note that Korine’s tableaus of celebratory excess pop further off the screen than Luhrmann’s 3-D set pieces.

If Gatsby’s visuals are frieze-dried, the music dosesn’t really resonate either. The use of post-Black Album Jay-Z tracks doesn’t give the film edge so much as dull Jay’s sharpness by association. Moulin Rouge! occasionally hit pay dirt in its aural juxtapositions (a can-can melody bleeding into Nirvana), but nothing here is remotely inspired. If the movie is going to foreground Maybach-rap as its primary sonic reference point, why not introduce Daisy Buchanan to the beat of “Gold Digger”? Instead of playing into the notion that he’s tarting up a classic, Luhrmann keeps straining to be on his best behaviour, and if a lot of what comes out is still crass—like having the caterwauling of a black jazz saxophonist drive the white-boys-and-girls-gone-wild debauchery of Tom Buchanan’s (Joel Edgerton) rendezvous with his working-class mistress Myrtle (Isla Fisher)—there’s a marked lack of audacity, craven or otherwise. Even the provocative casting of Hindi icon Amitabh Bachchan as the Ace Rothstein manqué Meyer Wolfsheim basically comes to nothing (although it does suggest that Bachchan would be terrific in an Indian biopic of Al Pacino).

All of which is to say that it’s hard to get too worked up about The Great Gatsby, which lacks the gumption or the gall to be a true fiasco. Wasteful, perhaps, both of its obviously deluxe budget and its talented cast (Edgerton’s potentially rich part could have been filled by recycling footage of Richard Roxborough in Moulin Rouge!), and yet so disposable that it probably won’t even rank on the list of the year’s (or even the Cannes Film Festival’s) grand movie debacles.