Julian Carrington/CS57, Currency, From The Magazine 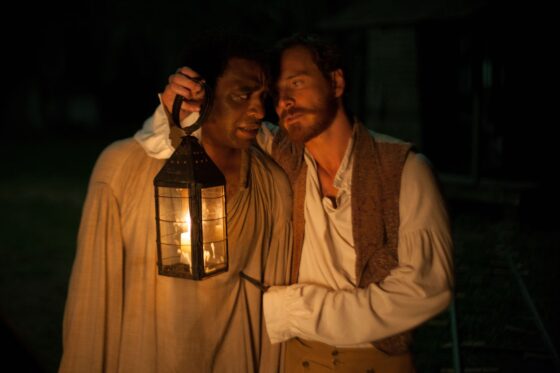 Despite frequent disclaimers that Steve McQueen’s 12 Years a Slave is “difficult to watch,” the reverence that has greeted the film’s theatrical release speaks to its essentially and calculatedly benign character. There can be few clearer indications of the film’s eminent palatability than its garnering of the audience award at this year’s Toronto International Film Festival, and given the fact that Toronto audiences have previously proved themselves capable canaries in the awards-season mines, it would be a very bold or foolhardy soul who would bet against a similarly enthusiastic reception from the Academy’s voting body. Undeniably, 12 Years a Slave is dramatically compelling, impeccably crafted, and, generally, superbly performed. But much in the way that Solomon Northup’s 1853 memoir was engineered to sway the sympathies of its Yankee readership to the abolitionist cause, one suspects the appeal of McQueen and producer-screenwriter John Ridley’s adaptation is owed partly to the manner in which it has been custom-built to curry self-congratulatory favour with contemporary viewers.

For his part, McQueen has suggested in interviews that the film’s rapturous reception is attributable in some measure to the propitious timing of its release. Citing the sesquicentennial of the Emancipation Proclamation, the 50th anniversary of the March on Washington, the presidency of Barack Obama, and even the outcry at the killing of Trayvon Martin, McQueen posits that audiences are, at long last, ready to come to terms with the hideous reality of slavery and the still lingering vestiges of that peculiar institution. Yet rather than use Northup’s remarkable testimony to explore the roots of the injustices that still characterize our present moment, McQueen and Ridley—as is often the case with filmmakers who endeavour to repackage historical atrocities as edificatory entertainment—have erred on the side of facile accessibility. However vividly realized, their account of Northup’s kidnapping and bondage seldom threatens to collapse the comforting historical and ideological distances between those events and the film’s spectators; on the contrary, they have actively worked to widen the gulf between right-thinking 21st-century cinemagoers and the assorted perpetrators of and aides to Northup’s oppression.

So much is apparent in the deviations Ridley’s script makes from the source text, which, though rarely dramatic, cumulatively serve to strip Northup’s account of much of its nuance, most notably as concerns the characterization of his enslavers. The embellishments start early: shortly after being bamboozled by a pair of unscrupulous circus impresarios, middle-class New York musician Northup (Chiwetel Ejiofor) finds himself captive aboard a riverboat bound for the New Orleans slave market. As Northup dozes below deck, huddled amongst his fellow human cargo, a white crewman enters the hold and, wearing a lecherous sneer, seizes a female captive; when another attempts to intervene, the crewman casually stabs him in the gut and leaves him to die. (That McQueen casts Michael K. Williams, The Wire’s almost-invincible Omar, as the would-be rescuer will, for many, make his character’s abrupt demise all the more alarming.) Northup’s memoir, which attributes the journey’s only casualty to a case of smallpox, confirms this craven, murderous rapist to be wholly Ridley’s invention.

Taken by itself, this distortion is perhaps not outrageous, even if it will ring manifestly false to viewers who recognize that offhanded shivvings of valuable human chattels was counterintuitive for enterprising slavers. Unfortunately, it is only the first of several instances in which Ridley’s screenplay reduces Southern whites to hateful caricatures (in pointed contrast to the film’s strangely idyllic, virtually post-racial rendering of the North). From the stinging slap that punctuates Northup’s rechristening as “Platt,” to a plantation mistress’ blithe assurance to a grieving mother that her stolen children will “soon be forgotten,” to a horrifically casual double lynching in a forest clearing (artfully taking place at the back of the frame as the terrified Northup quickly walks by), the film is filled with italicized moments of Southern white barbarism, ensuring that even the most fleetingly introduced Southerners register as outright fiends.

While Northup’s memoir certainly does single out certain individuals for their cruelty, Ridley and McQueen can’t resist the temptation to double down. Hence plantation foreman John Tibeats, described in the book as given to fits of violent abuse, becomes a cartoonish composite played by Paul Dano as a blustering yokel straight out of Blazing Saddles (1974). An altercation between Northup and Tibeats gives rise to one of the film’s most wrenching spectacles: a bound and noose-suspended Northup tiptoeing on the brink of strangulation for what seems an eternity, his fellow slaves too inured or fearful to interfere, as McQueen’s camera unblinkingly observes with ostentatious neutrality. But this episode, too, is a partial fabrication: by Northup’s own account, the attempted lynching was nipped in the bud, and, while he does recall standing bound for hours in the punishing sun, he was never, in fact, strung up. Needless to say, to depict this incident as Northup actually recounts it would not only diminish the shock value of McQueen’s show-stopping set piece, but would also deprive him of an opportunity to underscore the heartlessness of the nonchalant whites who hover like spectres at the periphery of the scene.

As for Northup’s second master Edwin Epps—characterized in the book as a “hard, cruel, and unjust man” who took pride in his reputation as a “nigger breaker,” as well as a being a belligerent, licentious drunk—the film’s rendering eclipses the already frightening figure described in the memoir by transforming him, in the person of a wild-eyed, red-bearded Michael Fassbender, into a psychopathic antebellum archetype, nothing less than slavery’s depravities personified. A better actor than Dano, Fassbender succeeds in lending the character an occasional flickering of pathos—Epps’ viciousness is depicted as being partly an expression of his frustrated devotion, however warped, to his slave mistress Patsey (Lupita Nyong’o)—but ultimately his turn is the stuff of the coarsest melodrama. While this long-suffering McQueen stalwart can at least anticipate an Oscar nomination for his strenuous efforts—here, for once, Fassbender gets to turn the self-flagellation of his Hunger (2008) and Shame (2011) performances outwards (literally)—spare a thought for poor Sarah Paulson: as Mistress Epps, her thankless task is to embody an individual toward whom Northup expressed a fascinating ambivalence (aside from her jealous nature, he observes, “there was much in her character to admire”), and whom McQueen and Ridley have reduced to a portrait of purest villainy; in the film, even her solitary, ostensibly benevolent act—presenting her husband’s slaves with a tray of pastries—is strictly a pretext to further humiliate the hapless object of her husband’s fixation.

Of course, the blanket retort to the preceding observations is that, in heightening the horrors of Northup’s ordeal, the filmmakers are doing justice to slavery’s true nature, if not the more measured particulars of Northup’s telling: if Northup did not himself experience the precise brutalities depicted in the film, one can reasonably assume that others were surely subjected to similar, and even worse besides. But by characterizing Northup’s oppressors as semi-demonic sadists, McQueen and Ridley invite viewers to overlook the reality of American slavery as a system of economic exploitation that was practiced not by some intrinsically malevolent historical “other,” but by individuals not fundamentally dissimilar to themselves, and which remains evident in contemporary systemic disparities of power and privilege. Like so many other well-meaning films about heinous historical episodes, 12 Years a Slave belabours brutality in order to allow viewers to take pride in their capacity to be dismayed by the horrors on show, and to applaud themselves for their undeniable moral superiority to Epps, Tibeats, and the rest of their malicious ilk.

Yet in the film’s redneck rogue’s gallery, Northup’s first “master” William Ford (the omnipresent Benedict Cumberbatch) stands apart, as a white Southerner with whom audiences may actually have been able to identify—perhaps not least because his benevolence is bound up in his complicity with a monstrous system. Described by Northup as a superlatively “kind, noble, candid, Christian man,” Ford is illustrative of the often powerful disinclination to question the iniquities from which one stands to benefit, and is one of the film’s few intellectually discomfiting features precisely because he is difficult to reconcile with the distancing notion that slavery was practiced strictly by some wicked, Southern-bred subspecies of humanity. Disappointingly, one senses that Ford is employed by McQueen and Ridley largely to pay lip service to expectations of moral complexity, particularly as he is soon narratively dispatched in favour of the more graphic oppressions meted out by the hyperventilating Epps. Paradoxically, inasmuch as they conform to audience preconceptions concerning the savagery of slave-holding Southerners, the more visceral horrors that precede Northup’s title-announced deliverance are considerably easier to countenance, and stomach.

Posted in CS57, Currency, From The Magazine