Quintin/Columns, CS62, From The Magazine 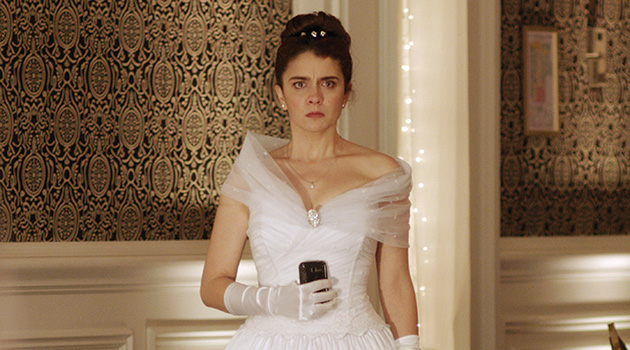 In a way, Wild Tales is an important film: at the time of writing, it’s about to sell its four millionth ticket in Argentina, and has also made the last round of nominations for the Academy Award for Best Foreign Language Film, after debuting last year in the Cannes competition. Only one other Argentinean film (Dishonor, 1952) grossed as much money at the box office; only one other was in Cannes and won an Oscar (The Official Story, 1985); and there is only one other that won an Oscar (The Secret in Their Eyes, 2010). Besides those facts, Wild Tales is a dream come true for what people call “the industry”: a movie that’s simultaneously a smash at the box office, a hit on the festival circuit, and has the seal of approval from local and international critics, with reviews that range from raves to the condescending faint praise of “very entertaining.”

At 40 years old, director Damián Szifron is a local hero. After graduating from the Universidad del Cine (where almost everybody in the new Argentinean cinema studied), he made his name with a big hit on local TV (the 14-chapter serial Los simuladores) and then went on to make two feature films, the 2003 El fondo del mar (a romantic comedy) and the 2005 Tiempo de valientes (a police comedy), that got mixed reviews, didn’t make much money, and did not travel to many foreign festivals. But many people had faith in his future, and his triumph with Wild Tales proved them right. Though Argentina is the country in the region with the largest yearly cinematic output, to this point it has lacked a figure like Salles, Cuaron, Iñárritu, or Larrain—i.e., its own Latin American filmmaker embraced by the commercial international circuit.

So the domestic film industry is pleased, but if you read the news, you’ll know that the country isn’t: a prosecutor about to indict President Cristina Fernández de Kirchner for protecting mass-murdering criminals died under mysterious circumstances the very day he was about to present his accusations to the parliament. Now, for one thing, the film industry is heavily subsidized by the government, and the Kirchnerista is a government that trades money for silence: these days it is very rare to see a filmmaker, actor, producer, or film critic say anything against the government in public. (Moreover, in 12 years there hasn’t been a relevant film made that is in any way critical of the Kirchners.) Argentineans live in an increasingly authoritarian regime that’s been in power for more than a decade and has created a rather obedient film milieu. (The Soviets, of course, were pioneers in this, but the situation is common worldwide.)

But what’s the connection between contemporary politics and a film like Wild Tales? Is there any? I started by saying that Wild Tales is an important film, but the contrary could also be stated. You only need to watch the film’s first shot: the high heels of a woman strutting towards the check-in stall in an airport. There’s absolutely no need for this shot, just like there is no need for another shot, a few seconds later, where the luggage compartment of the plane closes and the screen turns black because the camera is inside. That’s nothing but the kind of exhibitionist and empty filmmaking that people mistake for creativity or virtuosity. Wild Tales is made of six short films vaguely related to each other, where the characters are so completely, artificially contrived that they couldn’t be onscreen for a second more than the length of each episode. Wild Tales is a sort of expensive TV show, cheaply effective as a narrative machine that generates some adrenaline and laughs by exhibiting several forms of lousy temper, revenge, and violence between characters that range from the extremely unlikable to the barely tolerable. The latter has made the careers of directors like Ingmar Bergman and Robert Altman, but that’s another story; in Szifron’s movie, entertainment is based almost exclusively on bad blood.

And yet, the film is interesting because in the end it is indeed related to what’s going on in Argentina. Everybody will agree that people are very edgy these days, and that instances of violence of all sorts are our daily bread. (In a TV interview prior to the release of the film, Szifron said that if he were poor, he wouldn’t hesitate in becoming a criminal. The statement caused such a fuss that it was cited as the reason for the postponement of the film’s opening, and much hand-wringing was done over how it would affect box office in a country where the fear of criminals is the main concern of the population.) Every story in Wild Tales has to do with the clash between the rich and the poor, the powerful and the dispossessed. Even the last and most elaborate, depicting a wedding in a bourgeois Jewish milieu, clearly illustrates the hostility between the protagonists’ families and the rest of the society: during the party, the bride discovers that the groom cheated on her with a Catholic woman, and takes revenge by having sex on the terrace with a man who works in the kitchen and is threatening her fiancé with extortion.

What Wild Tales talks about is not the rights of the poor to obtain wealth by breaking the law, but more or less the opposite: the awareness of the rich that they have to fight back to keep what they own. This used to be called “class struggle,” but Szifron’s take on it is curious, to say the least: he invites the viewer to watch the various social actors wrestle as if it were a kind of sports match. This is completely apparent in the third episode, where a wealthy, well-dressed, and handsome guy with pale skin driving a fancy car is humiliated on the road by a dark, working-class thug with an old car and evil intentions. The scenario isn’t new, except for the fact that the rich guy, after escaping the menace, decides to turn around and kill his opponent. The episode ends with a ferocious fight to the death that we are evidently supposed to take nasty pleasure from—a pleasure that comes from regarding both men as equals, like in a good sports match. The film suggests that Szifron’s infamous statement may be completed with the addendum that if he were rich, he would try to steal from and kill the poor. And that he has the right to do it and enjoy it. That’s what Wild Tales is about.

In a way, what Szifron has done here it to take politics out of the picture—I mean the actual politics in the Argentine nation, where the Kirchner administration does nothing to prevent violence, and absolves itself of responsibility by turning the blame on foreign conspiracies, ordinary citizens, the climate, or human nature. Wild Tales may be the perfect illustration of the silence of Argentine filmmakers in the face of this official self-exculpation: it explicitly acknowledges the country’s pervasive state of violence, but omits any reference to the national authorities that allow it to persist. Even in the episode where an abused individual responds by bombing a government office, the film makes clear (for the local viewer, at least) that the callous civil servants in the film are not from the national administration but from the Buenos Aires municipality (the city, of course, is ruled by the opposition). So despite all its noise, this state-of-the-art/state-of-the-industry movie—replete with huge production values, the best-known actors in the country (including Ricardo Darin, our one-man star system), a set of carefully crafted narratives that leaves not one second for a reflective pause or a glimpse outside the action, and a slickly professional, commercial-ready visual style—is ultimately a film about silence.