Mark Peranson/Columns, CS79, From The Magazine 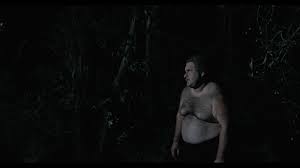 Excuse me if I come across as discombobulated, it’s not because of any movie I’ve watched recently. No, I’m talking about far more important things than cinema: this issue is in the process of being closed while deep in the throes of Raptors mania, to be precise, the incredible goings-on of Game 4. As the hopeful end of the series and the print deadline appears on the horizon—coincidentally on the same day, if all goes well on both ends—at least the otherworldly performance of our Toronto Raptors has made the usual inconveniences associated with our Cinema Scope that much more palatable. Raptors fans finally have the luxury of being confident, and if I’m jinxing things and they lose in an epic choke, so be it: 2019 has been a vintage year.

I’ve going to spare you my initial attempt to compare filmmakers to basketball players (the closest I could get was Pedro Costa to Kevin Durant, as both remained on the bench for the finals). As the Cannes Spotlight and my report of random thoughts therein concentrates mainly on the films from an above-par Competition (with special attention directed to Quentin Tarantino’s Once Upon a Time…in Hollywood), I’ll take this opportunity to mention a few things about the highlight from Un Certain Regard, which should surprise nobody who is reading this: Albert Serra’s Liberté, the piece on which appears outside of the Spotlight proper because it also includes comments on Serra’s terrific dark-room installation Personalien, which I caught at Madrid’s Reina Sofia museum when it opened back in February.

A full analysis of both of Serra’s moving-image works follows immediately after this Editor’s Note (for the few of you still bothering to read this in print), but let me note that both immersive works complicate the gaze in unique and fascinating ways. The 45-minute, two-screen Personalien, which is composed of the same material that was shot for the 132-minute Liberté, is one of the most cinematic installations I’ve experienced, while Liberté is surely one of the most radical films to play in the Official Selection of Cannes, well, ever. Kudos to whomever decides to mount the complete Sadean cycle, which would include the film, the installation, and the original Volksbühne play—a very different object, and one which helped get Chris Dercon run out of Berlin. (I hope that Dercon is somewhere smiling now.)

Five years ago, Liberté might have been one of those classic scandals that Cannes used to know and love, but not only was there no scandal at the premiere (which took place on Saturday!), but Liberté also won the Un Certain Regard Jury Prize from a posse presided over by Nadine Labaki (and, admittedly, with Manu Ginobli—I mean Lisandro Alonso—to help get things done). How did Cannes get so blasé? I’d argue that, like most things, it’s the fault of that one-man wrecking crew known as Gaspar Noé, who ruined the festival for everybody with his button-pushing shenanigans. As for the rest of Un Certain Regard, I too was a fan of Bruno Dumont’s Jeanne, and managed to avoid the animated-bears movie along with a lot of other filler—I didn’t see as much as I had hoped. But I’m sure we will be seeing more of the winners this fall in Raptorville, all of which I can recommend, more or less: Karim Ainouz’s UCR winner The Invisible Life of Euridice Gusmão, Kantemir Balegov’s Beanpole (about a very tall woman, though it is not a film about the WNBA), Michael Covino’s The Climb, and Fire Will Come by giant Spanish filmmaker Oliver Laxe, who, along with his brother Felipe, were a formidable duo on par with Marc and Pau Gasol…oh, screw it, how long until Game 5 tips off?

Posted in Columns, CS79, From The Magazine